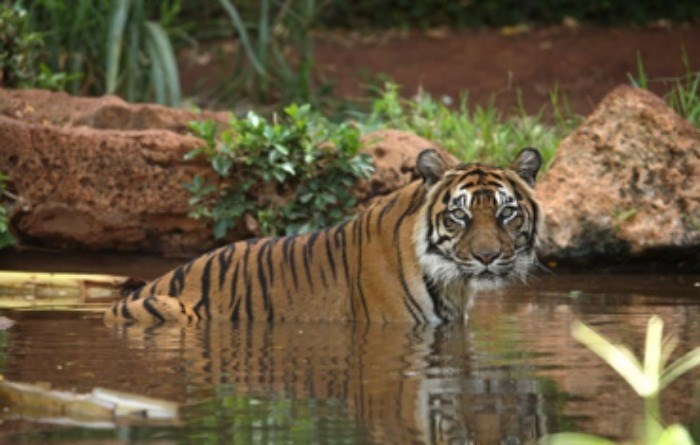 HONOLULU-- Officials say a female Sumatran tiger at the Honolulu Zoo that is thought to be the longest-living one in captivity has been euthanized at age 25.

The zoo says in a statement that Djelita, who turned 25 on March 26, was euthanized Sunday after showing signs of decline.

Baird Fleming, the zoo's director, says: "Old age catches up to everyone, even animals, and although Djelita had a long and healthy life at the zoo, she was displaying signs that lead to a unanimous decision that she was ready to move on."

Djelita came to the Honolulu Zoo from the San Diego Wild Animal Park in 1992.

"The Honolulu Zoo can be proud of its many years of excellent care for Djelita, which was part of a worldwide conservation effort to save Sumatran tigers from extinction," said Fleming.

Conservation efforts of Sumatran tigers at the Honolulu Zoo will continue with Berani, a male and Chrissie a female. Both are 16 years old, CBS affiliate KGMB reported.

The zoo says that life expectancy for Sumatran tigers is about 12 years in the wild and up to 20 years in zoos.