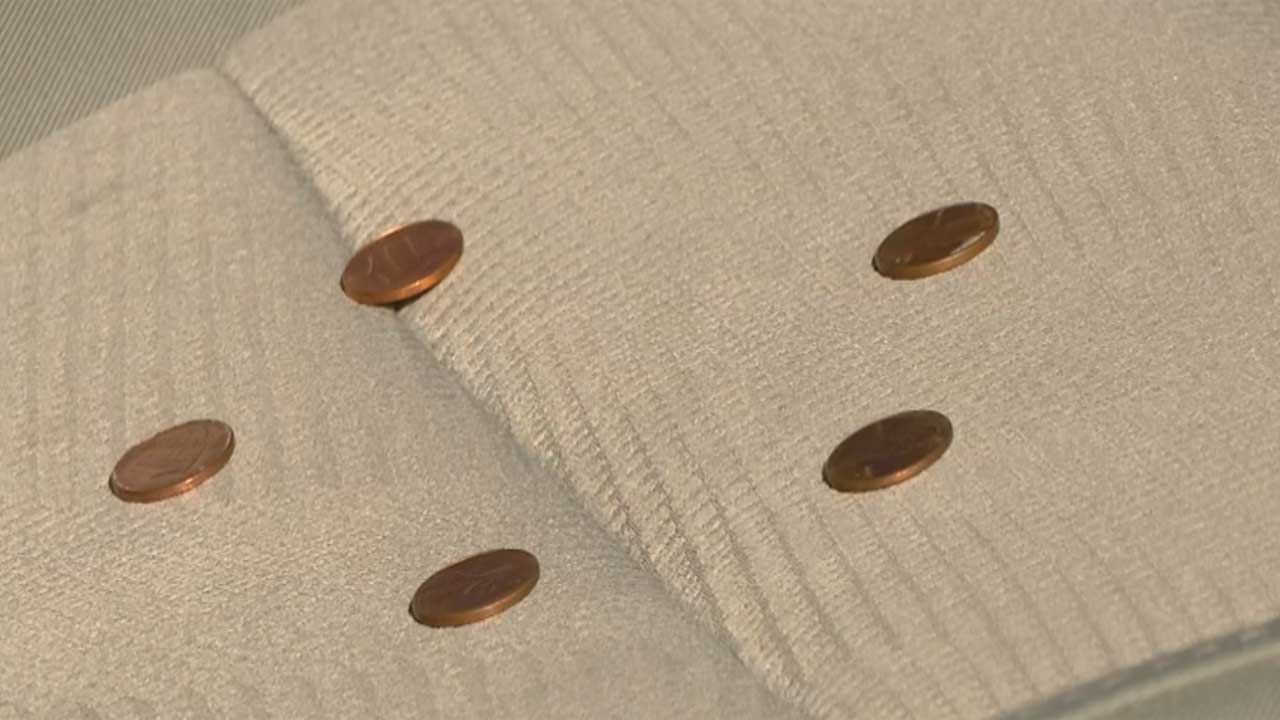 MOORE, Okla. -- An Oklahoma woman is recovering from third-degree burns to her thigh caused by hot pennies that spilled in her sport utility vehicle on a scorching summer day.

Melissa Sechrist says a cup of spare change spilled onto her seat in Moore, Oklahoma, last week, and the scalding-hot pennies came into contact with her leg. She tried icing the wound, but she went to a hospital over the weekend after the pain didn't subside.

Sechrist can barely walk, sit or lie down after being burned by pennies, CBS affiliate KWTV reported.

"Excruciating pain. It was just horrible pain I've never felt before in my life," she told the station.

According to the National Weather Service, the heat index was 104 degrees on the day Sechrist suffered the burns.

Sechrist thought icing it would solve the problem until the burns started to blister. She finally went to a hospital on Sunday. When she did, doctors were shocked.

KWTV reported that Sechrist was told the copper coins had left her with third-degree burns on the back of her thigh. Third-degree is the most severe on the medical scale, capable of melting skin damaging nerves and even potentially hurting the underlying muscle.

"Everybody needs to watch for coins on their seats because it does burn. I would hate to see a child with these kind of burns on their legs," she said.