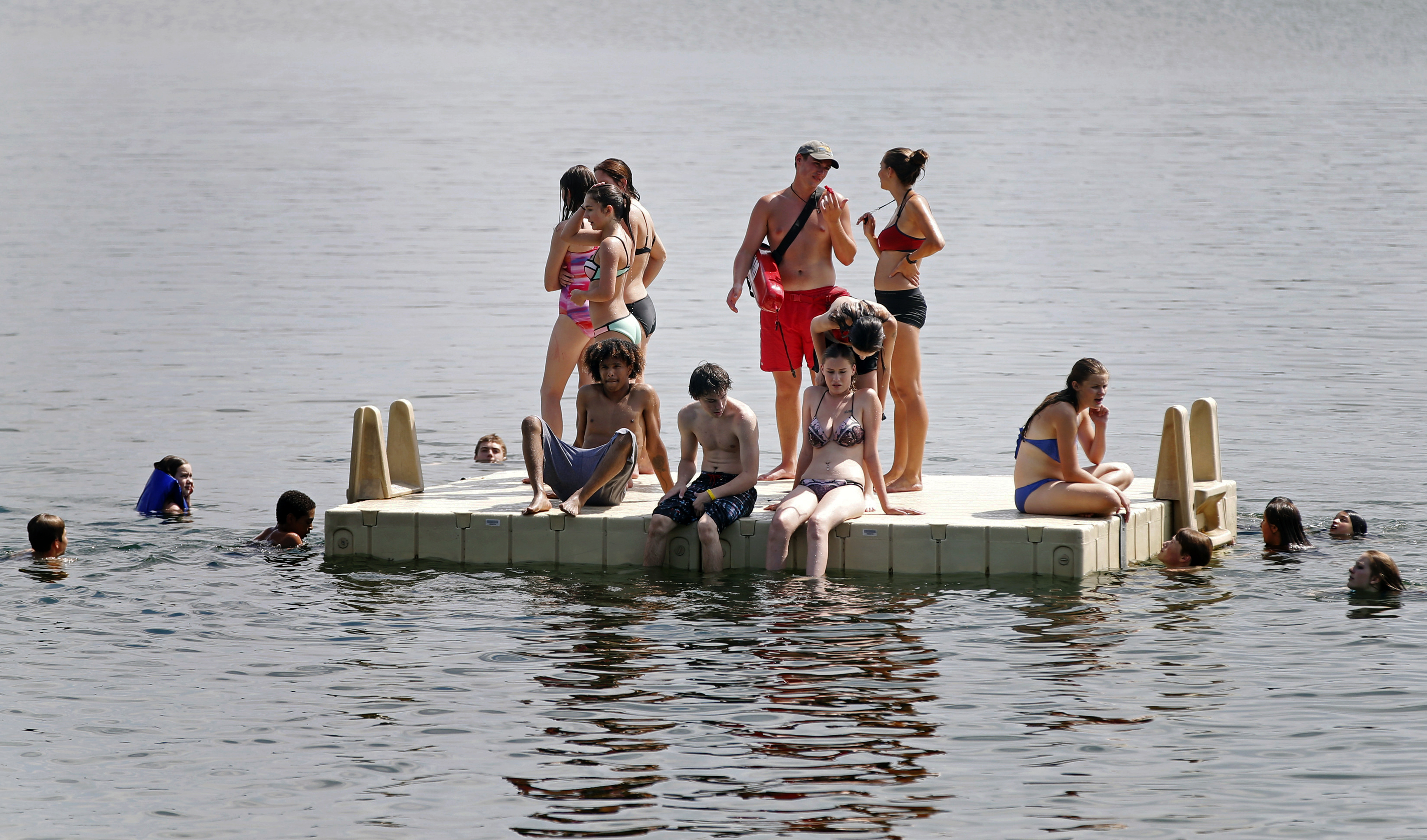 Extreme heat broiling the central U.S. is moving East for the weekend.

From the Great Lakes to the Atlantic -- temperatures are expected well into the 90s, with high humidity.

Heat advisories have been posted in 23 states.

The heat scorched construction workers in California, singed softball players in Kansas, and even stressed out trout in Montana on Thursday, where some of the state's most popular streams were closed as a consequence, CBS News correspondent Dean Reynolds reported.

The Gulf of Mexico is the hottest it's been since record-keeping started in 1982.

In Chicago, 92 degrees with humidity felt like 105. A 9 mph breeze barely cut through the haze.

Ernestine Griffin rides the bus to stay cool. She has no AC at her home in Chicago.

"Terrible. Terrible," said Griffin to Reynolds. "It seems like the mattress is on fire."

Heat and humidity is expected to build across a huge swath of the U.S. over the next few days.

Highs are forecast to be in the 90 this week, with humidity making it feel warmer. The National Weather Service says heat indexes are expected to approach or exceed 100 degrees for much of Ohio through the weekend.

State health officials are urging Ohioans to take precautions to avoid heat-related illness as temperatures are expected to increase this week.

The Ohio Department of Health says the elderly, infants and children, and people with chronic medical conditions need to take extra care in avoiding heat-related stress. The agency is encouraging people to drink water and stay cool.

Health officials say in 2015, nine people died in Ohio because of extreme heat.

It gets hot from time to time on the floor of the Republican Convention in Cleveland, but it's nothing compared to the 90-degree weather protesters outside Quicken Loans Arena are facing.

"People are handing out water and the fountain in the public square is open so I ran through that," said Daryl Rembowski, one of the protesters.

Summer school programs were canceled and government cooling centers were designated as the hottest weather of the season settled into Wisconsin.

The Madison Metropolitan School District closed all summer school programs Thursday because of the excessive heat warning issued by the National Weather. Not all the district's buildings have air conditioning.

The Wisconsin Department of Health Services designated hundreds of cooling centers around the state, including public libraries and community centers, where the heat weary could get relief.

Thousands of Green Bay Packers shareholders sat on metal benches at Lambeau Field for their annual meeting. The Packers made cups of water available to shareholders.

Forecasters hope that thunderstorms moving through the state would keep temperatures down a bit.

MidAmerican Energy has issued a peak alert as the temperature climbs.

The Des Moines-based utility said in a news release Thursday that it wants customers to conserve energy from 2 until 7 p.m., when temperatures and heat indexes are expected to be their highest. The National Weather Service has issued a warning about excessive heat in Iowa and most of Nebraska through Saturday evening.

The utility says it has enough generating capacity to meet the demand, plus a reserve, for its 752,000 electric customers. But MidAmerican says customers are being asked to trim use so they can limit the potential for higher costs.