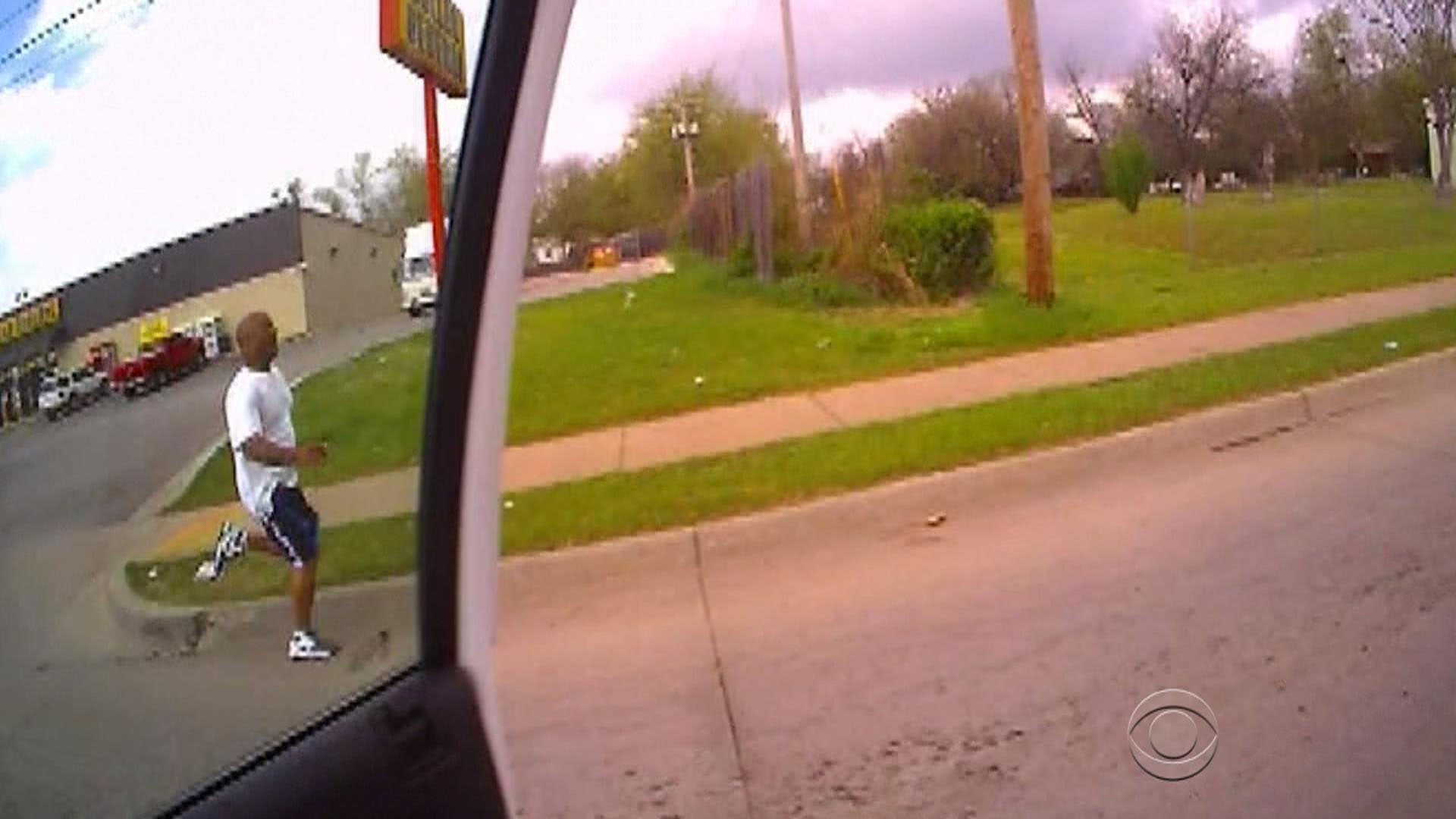 TULSA, Okla. -- There has been another fatal shooting of an African American suspect by a white police officer.

In this case, the officer was a 73-year-old Tusla, Okla., insurance executive moonlighting as a reserve deputy.

Convicted felon Eric Courtney Harris was the target of an undercover drugs and guns sting operation April 2. When he saw police vehicles pull up, he ran.

A pursuing officer wearing a body camera chased down and tackled Harris. As other officers joined the struggle, the sheriff's department says, one of them yelled a warning that he was about to use a taser.

That was 73-year-old reserve deputy Bob Bates, an insurance executive and former police officer. He then pulled out what he said he thought was his taser.

Immediately afterward, a gunshot is heard on the video, as is an apology from Bates.

"It's extremely unusual given the outcome" she said. "But we do have many officers who are in their 60s and 70s around the country so he happened to be in the wrong place at the wrong time."

As he lay bleeding, officers continued to cuff Harris. "He shot me! He shot me," Harris said.

When he complained of losing his breath, "I'm losing my breath..."

Someone replied: "(expletive) your breath."

Harris was taken to a hospital, where he died. Bates is not allowed to perform any police activities while an investigation is ongoing.

In a statement provided to CBS News, an attorney for the Harris family said, "Perhaps the most disturbing aspect of all of this is the inhumane and malicious treatment of Eric after he was shot."

The Tulsa County sheriff's office blames Bates' mistake on a phenomenon called "slips and capture." The police sergeant leading the investigation says that's when a person's behavior slips off the intended course of action because it is captured by a stronger response. Prosecutors are now reviewing the case.

Tulsa police placed Bates on administrative leave and have filed no charges against him.

The results of an investigation of the incident will be submitted to the Tulsa County district attorney's office for a full review.

The county sheriff's office has also asked the FBI to conduct an independent assessment, which could put civil rights violations on the table, reports CBS News correspondent Elaine Quijano.