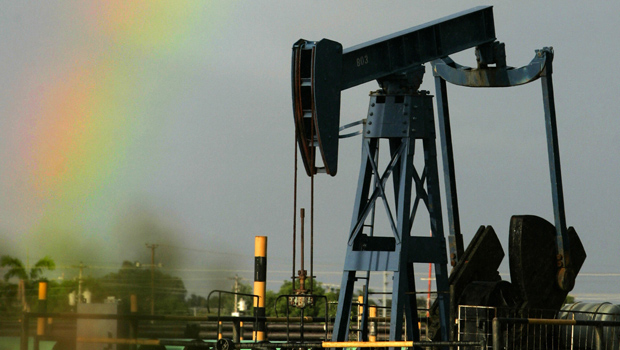 Positive signs on the global economy were the catalyst Thursday. Data from China and Europe showed improvement in manufacturing. In the U.S., in addition to a strong report on manufacturing, a drop in unemployment claims indicated a strengthening job market.

Even with those signs of improvement, global central bankers show no inclination of easing up on measures that have kept interest rates at historic lows -- and prompted investment in riskier assets like oil and stocks.

On Thursday Mario Draghi, head of the European Central Bank, indicated it is nowhere near withdrawing its help for the euro area's economy. On Wednesday the U.S. Federal Reserve hinted that it's not ready to slow its bond-buying program, which has kept long-term rates low in an effort to boost borrowing and spending.

Benchmark oil for September delivery was up 2.5 percent, to $107.68 a barrel on the New York Mercantile Exchange.

On Friday attention will be focused on the release of hiring figures for July, which will be examined for hints about future energy demand in the world's No. 1 economy.