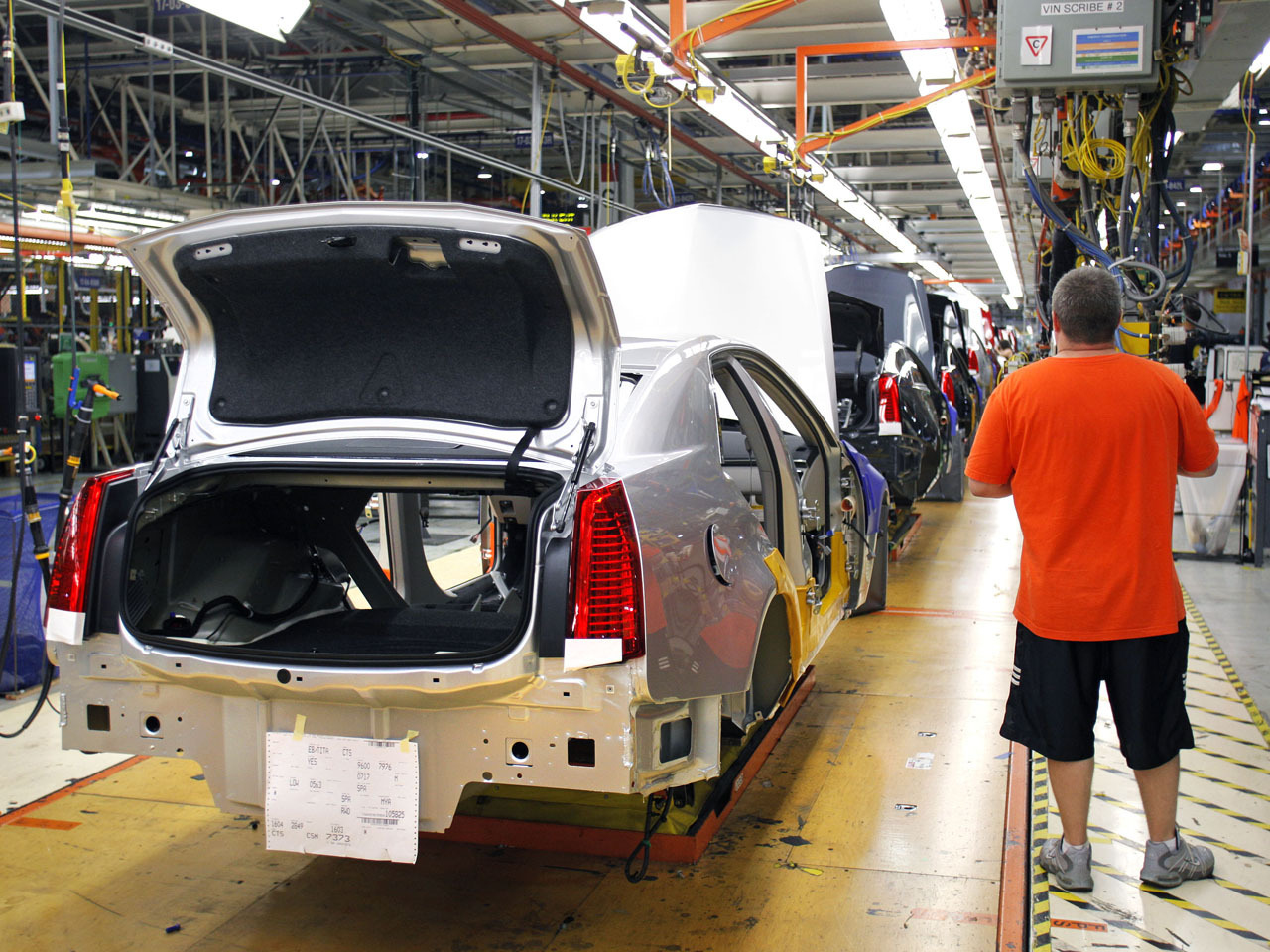 WASHINGTON U.S. factories revved up production, hired more workers and received a surge of new orders in July, helping them expand at the fastest pace in two years. The gains suggest manufacturing may be rebounding and could provide a spark to economic growth.

The Institute for Supply Management said Thursday that its index of factory activity jumped to 55.4 in July, up from 50.9 in June. A reading above 50 indicates growth. The ISM is a trade group of purchasing managers.

A gauge of production soared 11.6 points to 65, the highest reading since May 2004. And a measure of hiring at factories rose to its best level in a year -- the latest of several encouraging signs ahead of Friday's July employment report.

"The report builds the case for a second-half speedup in U.S. industrial production," said Jonathan Basile, an economist at Credit Suisse.

Stronger growth at U.S. factories could aid a sluggish economy that has registered tepid growth over the past three quarters. And it could provide crucial support to a job market that has begun to accelerate but has added mostly lower-paying service jobs.

Businesses are placing more orders likely to be filled in the next few months. Steady gains in new-home sales and construction are supporting strong growth in industries such as wood products, furniture and electrical equipment and appliances. And healthy auto sales are buoying growth in the production of metal parts and components.

Bradley Holcomb, chair of the ISM's survey committee, said production will likely fall back a bit after its big jump in July. Some of the gain reflects a reduction in order backlogs, he said, which shrank. Still, the big jump in new orders suggests output growth will remain steady.

The Federal Reserve will likely take note of the manufacturing gains. It had slightly downgraded its assessment of the economy after its policy meeting this week. That led to speculation that the Fed might continue its bond purchases longer than anticipated.

But Fed officials are hopeful that growth will pick up in the second half of the year. And if factories continue to strengthen and add more high-paying jobs, the Fed might become convinced that the economy is on the right track. If so, it could reduce the pace of its bond-buying program later this year. The bond purchases have helped keep long-term interest rates low, encouraging more borrowing and spending.

The health of the job market is crucial to the Fed's decision. Other reports this week have been encouraging.

The Labor Department said the number of Americans applying for unemployment benefits fell last week to a 5 1/2-year low, according to the Labor Department. Applications are a proxy for layoffs. When layoffs decline, it suggests companies are confident in their staffing levels and may add more workers.

And payroll provider ADP said Wednesday that companies added 200,000 jobs last month, the most for that survey since December.

Manufacturing had struggled in first few months of the year, held back by weaker global growth and steep government spending cuts. And slower production led factories to slash jobs from March through June.

But those trends have started to reverse. Europe's economies have shown signs of life in recent months. That likely contributed to a healthy gain in U.S. exports in the second quarter.

The economy grew at a lackluster 1.7 percent annual rate in the April-June quarter, the Commerce Department said Wednesday. That's better than the 1.1 percent rate in the first quarter, which was revised sharply lower. But it's still far too sluggish to quickly reduce unemployment, which is still high at 7.6 percent.