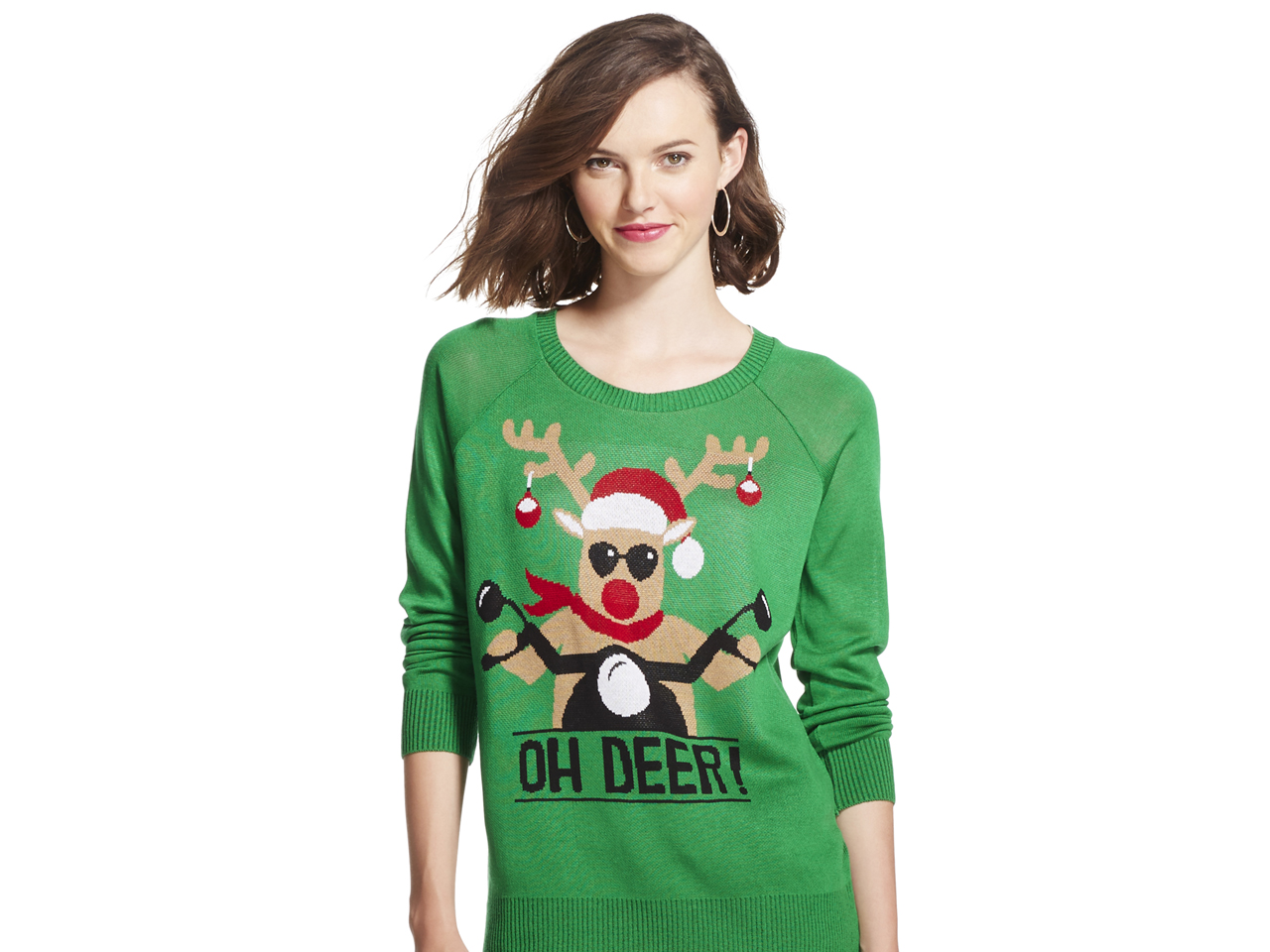 What once started small, with irony-loving merry makers seeking out tacky tops in consignment shops, has grown into a multi-million dollar business: The ugly Christmas sweater.

"Hipsters thought it was cool to wear those old sweaters," said Mark Hajjar, a co-founder of UglyChristmasSweater.com. "Then it turned into anything goes."

This holiday season, some of the country's biggest retailers are festooning their stores with enough ugly Christmas sweaters to make even Santa blush. Target (TGT), J.C. Penney (JCP) and Kohl's (KSS) are among the retailers aiming to convince shoppers to throw a few extra tacky sweaters in their cart. Santa-hat-clad robots doing a high five? Got it. A gingerbread man with the words "bite me"? Got that covered too.

A one-time hipster tradition has now gone mainstream, and with it is coming an onslaught of multi-million dollar sales in the category. UglyChristmasSweater.com co-founder Fred Hajjar said the company is on track to sell about $5 million in ugly holiday sweaters this year. Most of the sales are booked in the last six weeks of the year, when Americans are scrambling for that special sweater with which to impress their families or win their friends' ugly Christmas sweater competition.

To spur sales to their site, the Hajjars are working with social influencers, such as popular YouTube and Instagram stars who will take videos or snapshots of themselves wearing the company's ugly Christmas sweaters. While tacky but traditional Christmas designs were the rage in earlier years, the sweaters have branched out into everything from Star Wars-themed sweaters -- think of Yoda wearing a Santa outfit -- to ones with embedded LED lights and risque themes.

Target, for its part, bulked up on its ugly Christmas sweater merchandise this year, after noting the popularity of the items.

"We have had a couple styles here and there in the past holiday season, but our assortment is much larger than in previous years," said spokeswoman Jessica Carlson. "The sales for these products are really strong."

While Target wouldn't provide sales figures for their ugly Christmas sweaters, Carlson noted that shoppers are buying tongue-in-cheek sweaters, such as one that says "Fleece Navidad" and another that says "Oh, deer," with an image of a deer. Star Wars-themed sweaters have also been best sellers, both Target and UglyChristmasSweater.com said.

"Every Star Wars sweater we have will be sold out in the next week," Fred Hajjar said.

But with everyone and their grandma now getting in on the tradition, does that signal that the ugly Christmas sweater may soon turn from nice to naughty in consumers' minds?

"It's at its peak right now," Fred Hajjar said. "Will it stay at that point? That's to be determined."