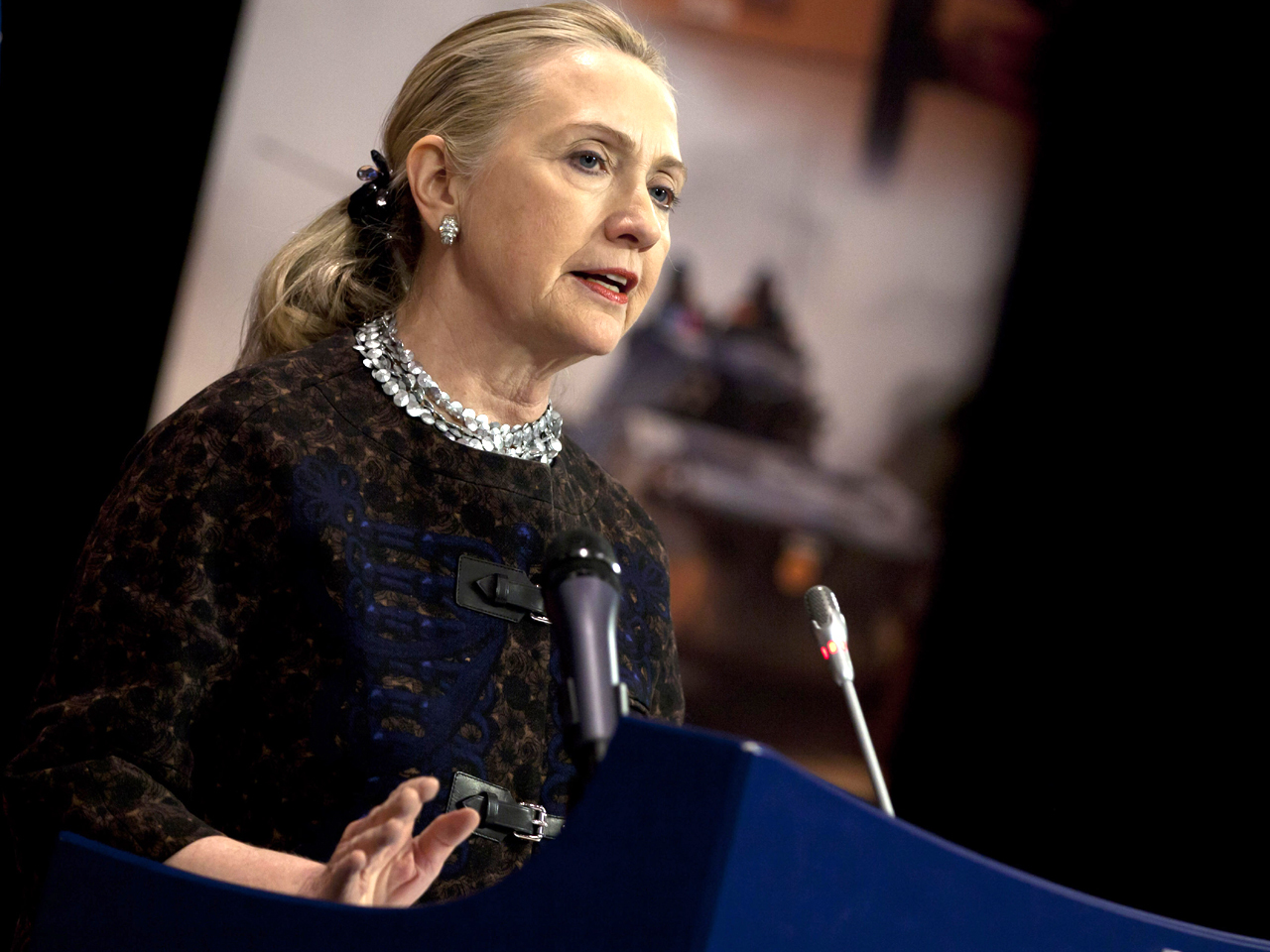 BRUSSELS U.S. Secretary of State Hillary Rodham Clinton says NATO's decision to send Patriot missiles to Turkey is a clear message to Syria: Turkey is backed by its allies.

Clinton says the Patriots are solely for defensive purposes. But she says Damascus should take it as further evidence of the U.S. and its allies' resolve.

Speaking at NATO Wednesday, she also reiterated concerns that "an increasingly desperate Assad regime might turn to chemical weapons" or lose control of them to militant groups.

She said both scenarios cross a red line and those responsible would be held accountable.

Clinton said the U.S. and its partners would seek to apply additional pressure on Syria's government at a conference next week in Morocco.

She said the Assad regime must end its violence.

Under NATO agreement, the United States, Germany and the Netherlands will deploy the batteries and set them up inside of Turkey by the beginning of 2013. Syria is believed to have the world's third largest supply of chemical weapons after the U.S. and Russia.

Cross-border shelling has killed at least five Turkish civilians in past months. The Patriot shield will protect Turks and the Syrian refugees who have swarmed into overflowing refugee camps on the Turkish side of the border, CBS News correspondent Margaret Brennan reports. The U.S. estimates that 130,000 Syrians have sought refuge in Turkish camps.

A U.S. official traveling with Clinton told CBS News that the shield will not carve out a de facto safe haven passage along the Turkish-Syrian border as the Patriots can only be deployed after incoming fire enters Turkish airspace.