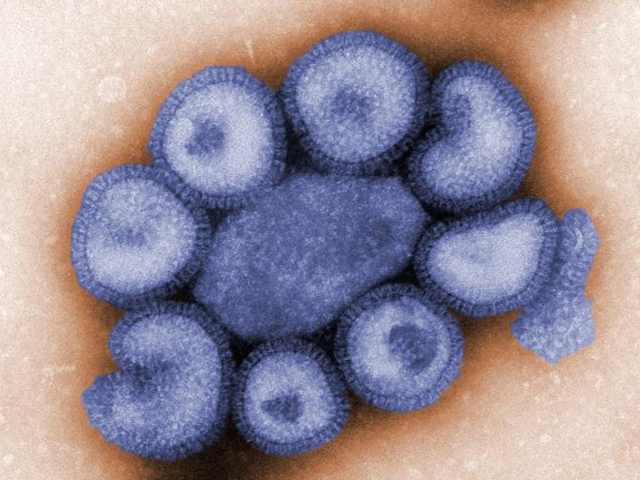 (CBS News) Health officials are urging Americans to start thinking about their flu vaccine for the upcoming 2012-2013 influenza season. Though last year's flu season was considered mild, health experts warn influenza is unpredictable and the disease could take a serious toll on many Americans.

Flu season begins as early as October and may last until May, according to the Centers for Disease Control and Prevention (CDC).

"I urge everyone to join me and get a flu vaccine this year," Assistant Secretary for Health and Human Services Dr. Howard K. Koh said in a press release. Koh was the first to receive his flu vaccine during a Thursday National Foundation for Infectious Diseases' news conference in Washington, D.C. where he was joined by officials from the American Medical Association, American Academy of Pediatrics, American College of Obstetricians and Gynecologists, American Pharmacists Association, AARP, National Medical Association and CDC.

"When it comes to flu, we can't look to the past to predict the future," Koh said. "Stay healthy - get vaccinated!"

Koh called on everyone ages 6 months and older to follow the CDC's universal recommendation of getting vaccinated each year. The CDC cautions that even healthy people can not only get very sick from the flu, and spread it to others who may fare even worse. The agency reports between 1976 and 2007, up to 49,000 people have died from influenza. Ninety percent of deaths during a typical seasonal flu season occur in people older than 65.

The CDC also unveiled new statistics today on how many people actually got last year's vaccine in the Sept 27 issue of its journal, Morbidity and Mortality Weekly Report. The report showed vaccination rates remained steady with that of previous years, with about 128 million people getting the shot during last year's flu season - about 42 percent of the U.S. population.

The greatest year-to-year increase in vaccination rates was a 6 percent increase seen in infants ages six to 23 months old -approximately 75 percent of them were vaccinated for the 2011-2012 season. Overall, rates for kids ages 6 months to 17 years old held steady at 52 percent. The older children became, the fewer got vaccines, with only a 34 percent rate for children ages 13 to 17.

Adults with the best vaccine coverage were 65 and older, with approximately 65 percent getting vaccines last year, but that reflects a 10 percent drop in coverage rates for the age group since the 2008-2009 flu season.

About 47 percent of pregnant women got the flu vaccine last year which was consistent with the previous year's rates, the report found.

"Influenza is five times more likely to cause severe illness in pregnant women than women who are not pregnant," Dr. Laura Riley, director of obstetrics and gynecology infectious diseases at Massachusetts General Hospital in Boston, said in a press release. "Research shows it can decrease the baby's risk of getting the flu for up to six months after birth."

The CDC's report also looked a workers in the health care industry to see if they too were heeding the government's advice. The report found approximately 67 percent of health care workers got vaccinated in 2011-2012 - a 3 percent rise from the prior flu season - and physicians were most likely (86 percent of them) to get a flu vaccine.

Officials say if health care workers get vaccinated, it will better encourage the general population to get the shot.

This year's flu vaccine consists of one H1N1 strain from last year's vaccine, plus two new strains. It is available as the standard shot that is injected into muscle, nasal spray, a high-dose injection for people 65 and older and a new "Fluzone Intradermal" vaccine with a much smaller needle that is injected into the skin that is recommended for adults 18 to 64 years of age.

Besides vaccination, the government urges everyday actions like hand washing, covering your nose and mouth with a tissue when you cough or sneeze, and taking antiviral flu medications if you're at high risk for flu or develop influenza - in both cases, people should check with their doctor.

Said infectious disease expert Dr. William Schaffner, former president of NFID and chair of preventive medicine at Vanderbilt University School of Medicine: "It is every individual's responsibility to put prevention to good use and make vaccination part of their routine healthcare."