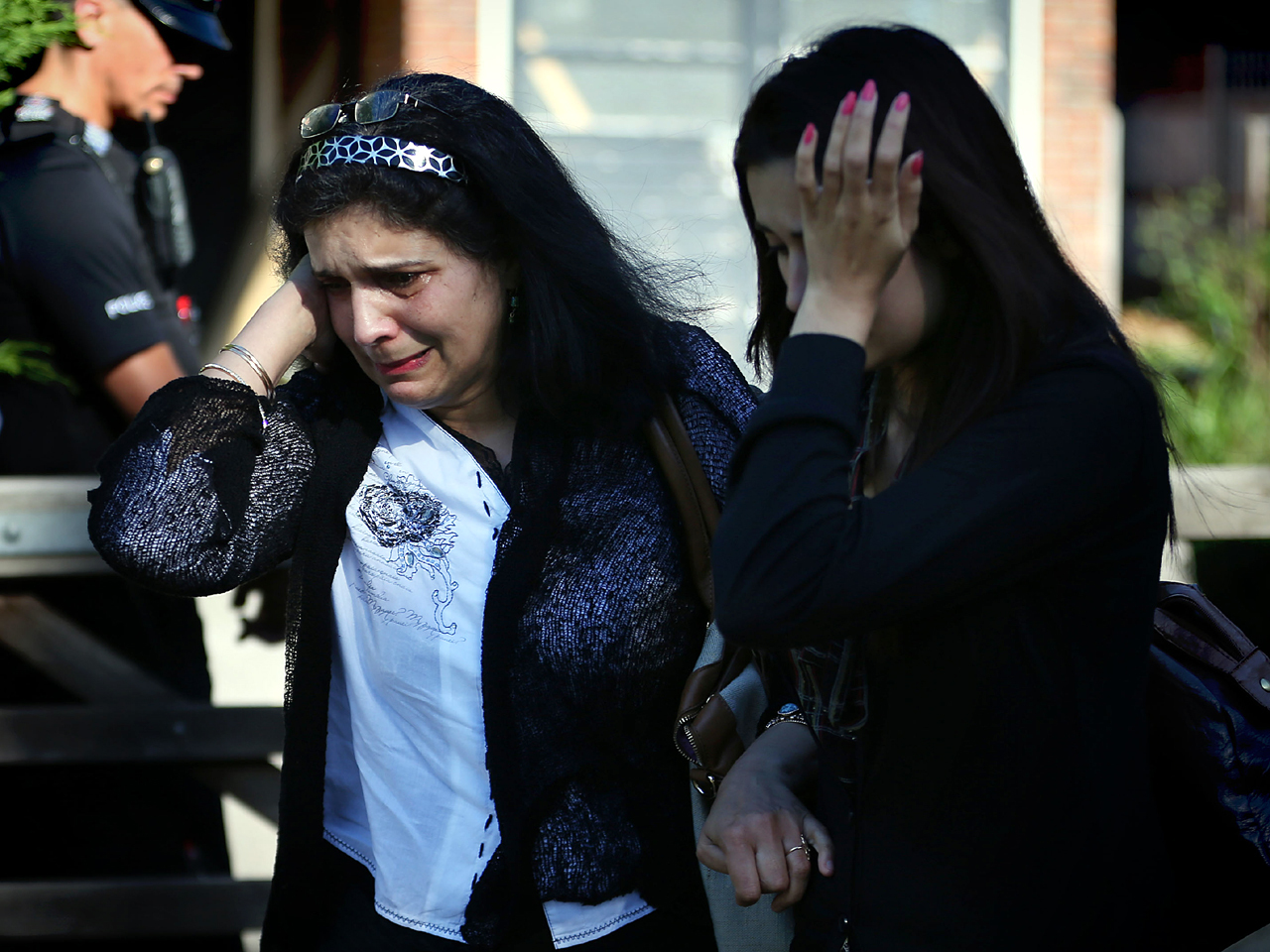 (AP) ANNECY, France - French investigators focused Friday on a feud between brothers as they searched for a motive in the slayings of a British-Iraqi family vacationing in the French Alps. A French prosecutor said that the brother of the slain man came to British police of his own accord Friday to tell them, "I have no conflict with my brother."

Prosecutor Eric Maillaud said British police have reported that 50-year-old Saad al Hilli may have been feuding with his brother, Zaid, over money. But he did not know if this was linked to British media reports of a possible disputed inheritance. A family friend said the father of the two men died recently — while public records showed the brother had left the victim's small aeronautics design firm.

Two young sisters survived the deaths of their parents and an older woman in the family car late Wednesday, as well as a French cyclist whose body was found nearby. The children, apparently the only witnesses to the shootings on an isolated Alpine road, were under police and consular protection Friday. With the killer or killers still at large, the two children's security was reinforced Friday.

For the first time in nearly two days, police lifted a roadblock leading to the pitted, single-lane road running along a clear mountain stream. Broken glass and skid marks marred the small parking area where the family was found. A sign noted the area's status as a national hunting and animal reserve, mapping out nearby trails.

Maillaud said that the 4-year-old girl who survived the shooting of her family in the French Alps could not help their investigation because she was hiding under her mother's legs during the killings. She was found in the backseat of the car early Thursday, some eight hours after the crime scene was discovered.

But the girl, Zeena al Hilli, was lucid enough to be able to confirm to French police that her father and mother were among the victims killed inside the car. Her 7-year-old sister, who was shot in the shoulder and survived, was found bloodied and battered outside the vehicle. Fifteen bullet casings were scattered around the car.

The older girl is in the hospital where she has been put into an "artificial coma" to aid her recovery, French authorities said.

The 4-year-old said she didn't recognize the third victim inside the car, an older woman, who was confirmed by the prosecutor to be a Swedish national. The investigation is looking into establishing the woman's identity, and whether or not she is related to the al Hilli family. Sweden also confirmed one of the victims was Swedish. French authorities found a Swedish passport that apparently belonged to the older woman, born in 1938, as well as an Iraqi passport.

The dead cyclist, officials say, had no links to the family killed in a wooded area up a mountain road from the village of Chevaline, near bucolic Lake Annecy.

Maillaud said the BMW station wagon in which three of the bodies were found was registered to a British man born in Baghdad in 1962. Saad al Hilli had lived in Britain since at least 2002, and his family had been in France since August.

Maillaud revealed further details about the killings: About 25 gun cartridges were found inside the family vehicle and all those killed were found with at least three bullet wounds, each with one single shot to the head.

Investigators are looking for a green or dark colored 4x4 vehicle and a motorbike in connection with Wednesday's killings, both seen by a witness shortly after the massacre.

The prosecutors also said they could face problems in finding a suitable carer for the two children. He said that police will not give the children to the "first person who shows up with the name of al Hilli."

The case has taken international ramifications with links tying the slain family to Britain, Iraq, Sweden and Spain.

Public records identified al Hilli as a mechanical engineer and his LinkedIn page described him as an aerospace consultant.

British media, citing neighbors in the British village of Claygate, identified al Hilli's wife as Iqbal or Ikbal. There appeared to be some confusion over the girls' names: U.K. media outlets gave various names and spellings for the 7-year-old and the 4-year-old.

Maillaud has declined to confirm any identities, pending results of DNA and fingerprint tests.

Peter Ricketts, the British ambassador to France, said Friday that the elder girl was in serious but stable condition, and that both sisters would be looked after by British consular staff until the family could go to France. Britain's Foreign Office said diplomats had contacted relatives.

"The younger girl, who is not physically hurt but deeply, deeply shocked, has British consular staff with her — English-speaking, friendly faces to be with her alongside the French authorities, which I think is what everybody would expect," he told BBC television.

According to public records, Zaid al Hilli is between 50 and 54 years old, and resigned last year from his brother's company, Shtech Ltd., which specialized in computer-aided aeronautic design. His whereabouts were unclear, and police in the southern England county of Surrey have refused to comment beyond saying that they're cooperating with French authorities.

The French cyclist was identified as Sylvain Mollier, 45, from nearby Grenoble. His wife had called police after Mollier failed to return from a ride.

Autopsies were planned on Friday at the nearby Grenoble Medical-Legal Institute.

A French police officer will travel to Britain following the opening of an official judicial investigation in France Friday.