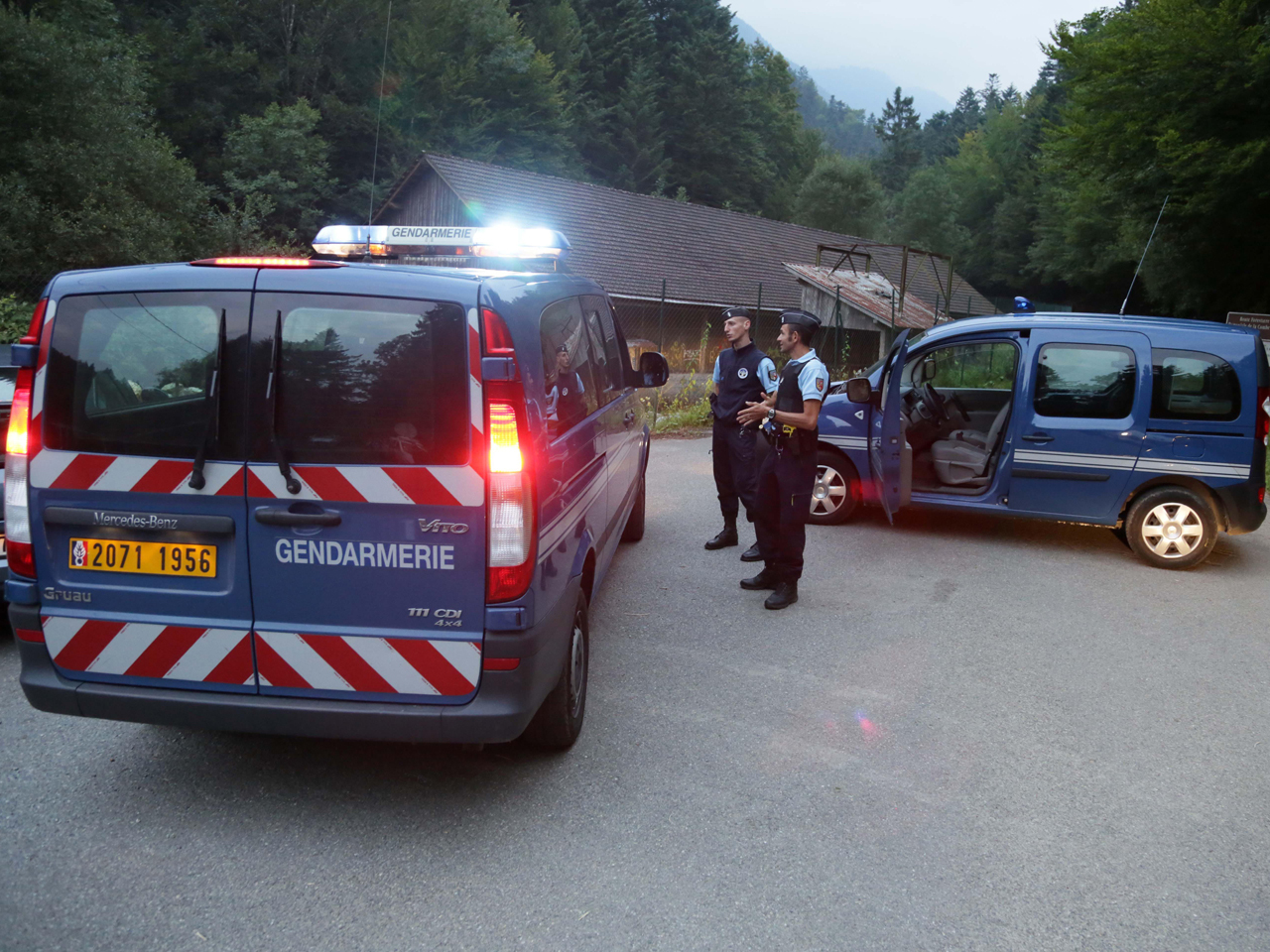 (AP) ANNECY, France - French authorities struggled Thursday to explain why no one found a 4-year-old child for eight hours at a blood-strewn crime scene as she huddled in a car under the skirt of a corpse — apparently her dead mother or grandmother.

The stunning discovery Thursday of the girl, apparently unharmed, heightened the drama around a mysterious shooting rampage in the French Alps that left four adults dead and a 7-year-old girl hospitalized after being shot and brutally beaten.

A day after a cyclist came across the corpses in a wooded area near the mountain village of Chevaline, investigators said the reason for the killing remains unclear.

Prosecutor Eric Maillaud said investigators were searching for possible perpetrators and studying all possibilities, including a score-settling attack or simply that the family was "in the wrong place at the wrong time."

The two young girls, who police said were sisters, were under police care. The prosecutor warned there may still be a killer or killers on the loose seeking to "get rid of" witnesses to the "scene of immense savagery."

"The girl was found totally immobile in fact on the floor of the vehicle, behind the front passenger-side seat, under the legs — under the skirt — of one of the women who were killed, around a large travel bag, totally invisible and silent — which explains why no one saw her before," Maillaud said.

French authorities took pains to avoid identifying the six people found in and around a BMW at the wooded site. The bodies of a man and two women were in the car, and the body of an unrelated male French cyclist was found on the ground nearby. The two girls were found alive.

Maillaud said the car was registered to a British man born in Baghdad in 1962. He said the man who had lived in London for a decade and his family had been vacationing in France since August, camping on nearby Lake Annecy. The driver was identified by the Sipa news agency as Saad al Hilli, a resident of a London suburb.

Sky News, citing neighbors in the British town of Claygate, identified his wife as Iqbal, the 7-year-old as Zehab and the 4-year-old as Zeinab. Sky quoted neighbor George Aicolina as saying Saad al Hilli was an engineer who was "very much in love with his two girls."

Sweden confirmed that one of the victims was Swedish. French authorities found a Swedish passport that appears to be that of an older woman slain in the car, born in 1938, as well as an Iraqi passport.

The French cyclist found near the car was identified as Sylvain Mollier, a man in his 40s from nearby Grenoble who police believe had no relation to the British family. His wife had called police after Mollier failed to return from a ride.

At a news conference Thursday, authorities tried to explain how the 4-year-old went unnoticed.

The bodies were found just before 4 p.m. Wednesday by a British cyclist. Although investigators were on the site for hours, the 4-year-old girl was only found after midnight.

One explanation investigators offered was that the man who discovered the bodies and the rescuers he summoned concentrated their attention on the 7-year-old who had severe injuries.

Maillaud insisted that police at the scene had no reason to suspect that another child was present — and said police were trying to keep the crime scene intact to allow forensics and other experts to arrive from Paris.

"When dealing with such a big crime scene the main thing ... is to make sure this investigation is in no way compromised," he said.

Gendarmes at the press conference in Annecy said helicopters using thermal scanners did not detect the 4-year-old in the car, perhaps because her body heat was concealed by the women's bodies she was hiding under.

It was neighbors at the campsite who alerted investigators that the missing family had two daughters not just one, Maillaud said. That was around 11 p.m.

Maillaud said as soon as investigators opened the car door, the girl emerged, smiled and reached out her arms. She spoke English, said she had heard cries, but couldn't describe what had happened. She was doing fine physically and will be questioned later, he said.

"She quickly asked where her family was," he said. "We are hoping for more information from her sister that will help the investigators to move forward."

Three of the four victims were shot in the head, and the fourth victim remains in the car pending further investigation, Maillaud said. Hearses under police escort left the area Thursday afternoon and autopsies were planned for Friday.

"We strictly don't know why these people were killed," Maillaud said, adding that about 15 bullet casings were found near the car.

Police vehicles have barricaded the road about 3 kilometers (1.5 miles) from where the bodies were found and say searches continued Thursday in the surrounding forest.