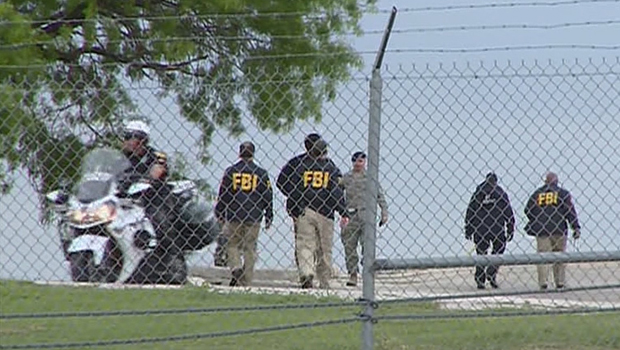 SAN ANTONIO --A former FBI agent who later enlisted in the U.S. Air Force was identified Saturday as the man whokilled his commander at an air base in San Antonio before turning the gun on himself.

A statement from the Air Force identified the two men as Tech. Sgt. Steven D. Bellino and Lt. Col. William A. Schroeder.

The statement did not name the gunman, but a federal official close to the investigation told the Associated Press Bellino opened fire Friday at Joint Base San Antonio-Lackland. The official spoke on condition of anonymity because the person isn't authorized to speak publicly about the case.

An FBI official told CBS News Bellino was an FBI agent for less than two years before resigning in 2013 and later enlisting in the Air Force.

Authorities have not confirmed why Schroeder was targeted. He was commander of the 342nd Training Squadron.

"The 37th Training Wing mourns the loss of our airmen and family members," Brig. Gen. Trent H. Edwards, commander of the wing, said in a statement Saturday, according to CBS affiliate KENS. "Our primary focus at this time is to take care of the family and the men and women who are grieving our losses."

It wasn't clear Saturday how Bellino acquired his rank in a relatively short time with the Air Force. A technical sergeant is a rank above a staff sergeant and below master sergeant. Bellino could have had prior specialized training that allowed him to enlist at an elevated rank.

Two Glock handguns were found near the bodies Friday, and military officials are trying to determine whether Bellino was authorized to have a weapon on the base, where the possession of firearms is heavily restricted.

The firearm restrictions apply not only to Lackland but also to Fort Sam Houston, the Randolph air base and another installation that comprise Joint Base San Antonio, which has more than 80,000 full-time personnel and is the home of Air Force basic training.

Friday's shooting, which the San Antonio Express-News reports caused officials to abruptly end a nearby military training parade with thousands of spectators, is the latest to occur at a military facility in Texas in the last several years.

In January 2015, an Army veteran and former clerk at the veterans' clinic at Fort Bliss in El Paso shot and killed a psychologist before killing himself. About a year earlier, three soldiers were killed and 16 wounded in an attack at Fort Hood near Killeen by Army Spc. Ivan A. Lopez, who also killed himself.

And in the deadliest attack to occur at a U.S. military installation, 13 people were killed and 31 were wounded in a shooting in 2009 at Fort Hood. Nidal Hasan, a former U.S. Army major, was convicted and sentenced to death in that shooting.