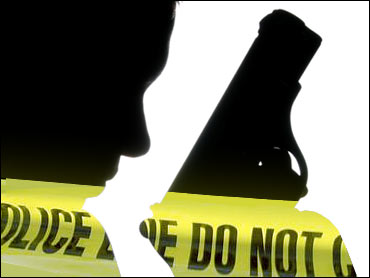 An off-duty police officer in Connecticut shot and critically wounded his 18-year-old daughter, apparently mistaking her for an intruder after she sneaked out of their home and re-entered through the basement.

Eric Scott, 41, a member of the New Haven police force for nine years, has not been charged in the Tuesday shooting.

"Mr. Scott was under the impression his daughter had gone to bed for the night," Stratford Capt. Thomas Rodia said. "He did not expect his daughter to be outside or down in the basement."

Investigators said Tasha Scott left her home late Monday to meet a boyfriend. She triggered a backyard motion sensor light as she tried to enter through a basement door.

Awakened by the light, Eric Scott spotted someone moving in the basement bathroom, police said. He fired his department-issued pistol once, hitting the teen in the knee. The bullet traveled up her leg and lodged in her thigh area, police said.

The teenager underwent surgery and was listed in critical but stable condition Wednesday morning.