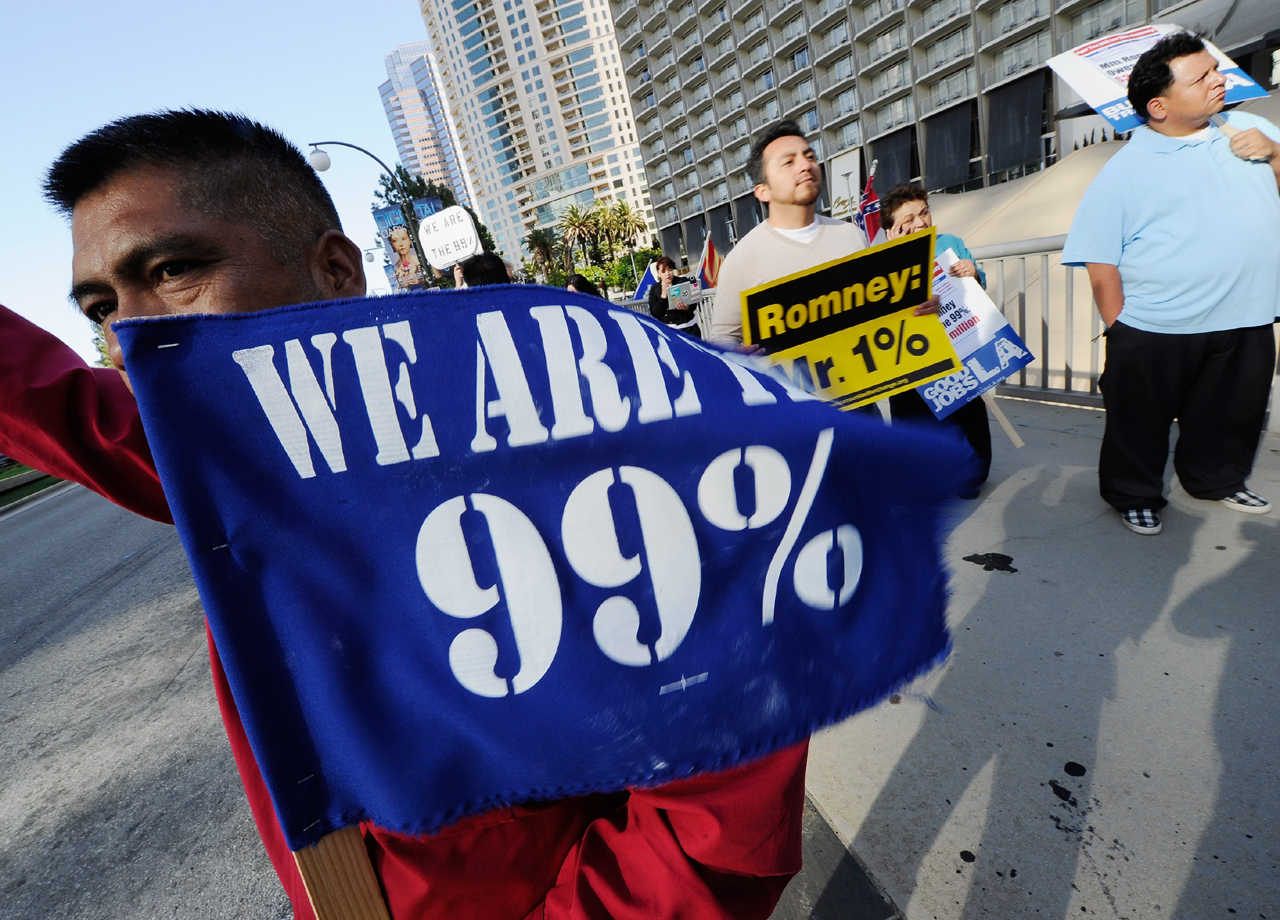 (CBS News) In hundreds of cities around the world on Tuesday, protesters are taking to the streets to protest rising economic inequality as part of a "general strike" for which citizens are being encouraged to skip work and school and forgo shopping. Here's what you need to know:

What exactly is this?

The May Day protests are the centerpiece of a "spring offensive" by the Occupy movement, which garnered headlines last fall after protesters set up camp in New York's Zucotti Park. The protests grew after police pepper-sprayed and arrested protesters, and Occupy encampments and protests soon erupted around the world.

By December, authorities had cleared out many of these encampments, and the movement faded from the headlines. The most committed Occupiers continued their protests, but their actions were smaller and more targeted: Infiltrations of foreclosure auctions and shareholder meetings, "sleepful protests" on Wall Street, picket lines for workers rights among them. (In some cities, such as Oakland, large protests endured.) The May Day marches, which are being held with labor and immigrants rights groups, represent an effort by the movement to reinsert its message back into the national conversation.

How will it affect me?

Depends. If you're interested in participating, you can learn more by checking out the main Occupy Wall Street site or the sites for marches in specific areas: New York, the Bay Area, Chicago, Southern California and Seattle among them.

If you're just looking to get to work, the protests could bring headaches. In the Bay Area, Occupiers had planned to blockade the Golden Gate Bridge from Marin to San Francisco - but those plans were cancelled on Monday. Ferry service, however, is expected to be disrupted as workers go on strike.

In New York, protesters plan to shut down one or more of the bridges or tunnels into and out of Manhattan as one of many planned activities -- and they have yet to announce which they will target, possibly to keep the police from being ready to stop them. (Plans are expected to be announced in Manhattan's Bryant Park early Monday morning - and it's worth noting that some Occupiers disagree with the plan for a blockade.)

An unpermitted march is set for 1 pm in the East Village; a permitted march, which organizers hope will attract 30,000, follows a mass gathering of protesters at 4:00 p.m. in Union Square. There is also talk among some Occupiers of disrupting subway service.

In Chicago, Occupiers plan to march from Union Park to Federal Plaza; in Seattle, they will rally at a downtown park, and officials are warning of traffic disruptions and possible violence. In Los Angeles, where the focus is on immigrants' rights, Occupiers plan to have four "Caravans" of protesters "taking over our streets on routes designed to bring to light to societies [sic] ills" that converge in the city's financial district.

Oakland is also expected to have a large demonstration, with marches on banks and a rally in the downtown area. There are additional actions planned - with various levels of disruption - in London, Toronto, Sydney and a number of other cities as well.

How are officials preparing?

Pretty seriously. In New York, the NYPD reportedly engaged in training exercises over the weekend, though officials aren't commenting on the details; NYPD Deputy Commissioner Paul J. Browne told CBS News that "[t]he NYPD accommodates lawful protest, and arrests those who break the law." In a number of cities, police are setting up barriers to control crowds and are receiving training on how best to deal with potentially aggressive protesters.

Financial institutions, meanwhile, have reportedly banded together to prepare and share information about expected May Day picket lines as well as a planned "radical after-party" in New York's financial district in the evening.

What else do I need to know?

For a primer on the state of the Occupy movement, check out our story from Monday, "Occupy movement set for return to the streets."

And check back to CBSNews.com for updates on the May Day strike throughout the day on Tuesday.