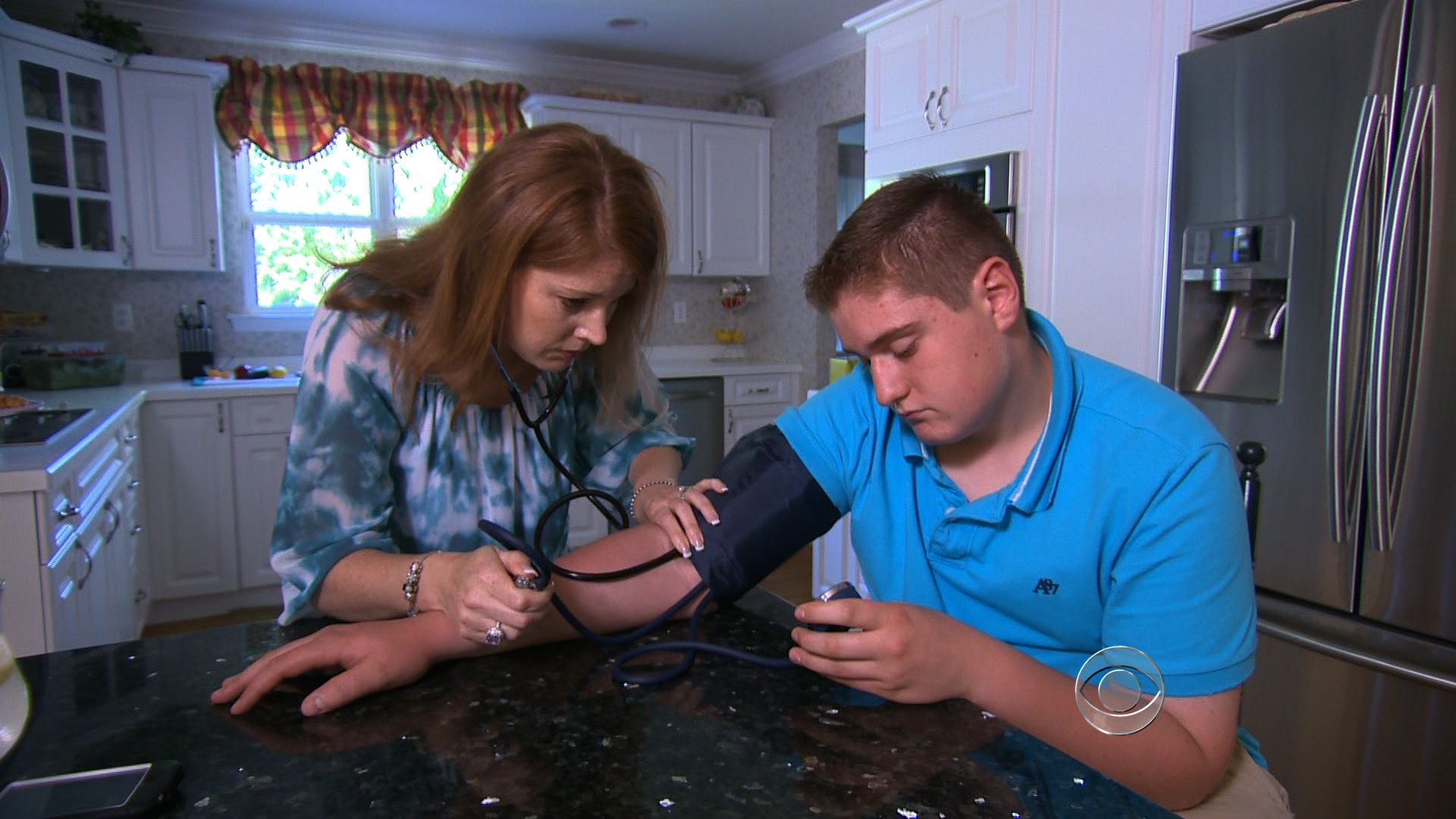 (CBS News) High blood pressure is a serious problem among adults, but a study out Monday shows an alarming number of children have it too.

Hospital visits for kids with high blood pressure nearly doubled in a 10-year period to more than 24,000.

Fourteen-year-old Kyle Mutschler has been hospitalized four times because of dangerously high blood pressure. He takes four medications and his mother Lynette keeps track of everything he eats.

The study released today looked at the number of children like Kyle who had to be hospitalized for high blood pressure.

The increase in cases has also lead to a 50 percent increase in treatment cost -- to more than $3billion.

"We've all seen it. We've seen it associated with the marked increase in obesity, but not to these numbers," said Dr. Rick Kaskel, pediatric kidney specialist at Montefiore Hospital in New York. "And, I think the hospitalization rate is what is astounding here."

While researchers believe is a major culprit, genetics and environment also play a role. For kids like Kyle, the cause is a mystery. So he monitors the problem with an app on his iPod. The program measures his blood pressure and emails results to his doctor. The concern is for bigger problems down the road.

"The elevated blood pressure early on is having an effect on that patient's organs such that at some point as they become adults the damage is done," Kasel said. "It may be irreversible, and set them up for major risk for cardiovascular disease as adults."

This could just be the tip of the iceberg. The numbers of kids treated who did not go to the hospital is not known, but many estimate it is going to be a huge problem. Over the last generation, the rate of childhood obesity has more than tripled to nearly 20 percent so it's not surprising we're now seeing surges in conditions caused by obesity, such as hypertension and diabetes.