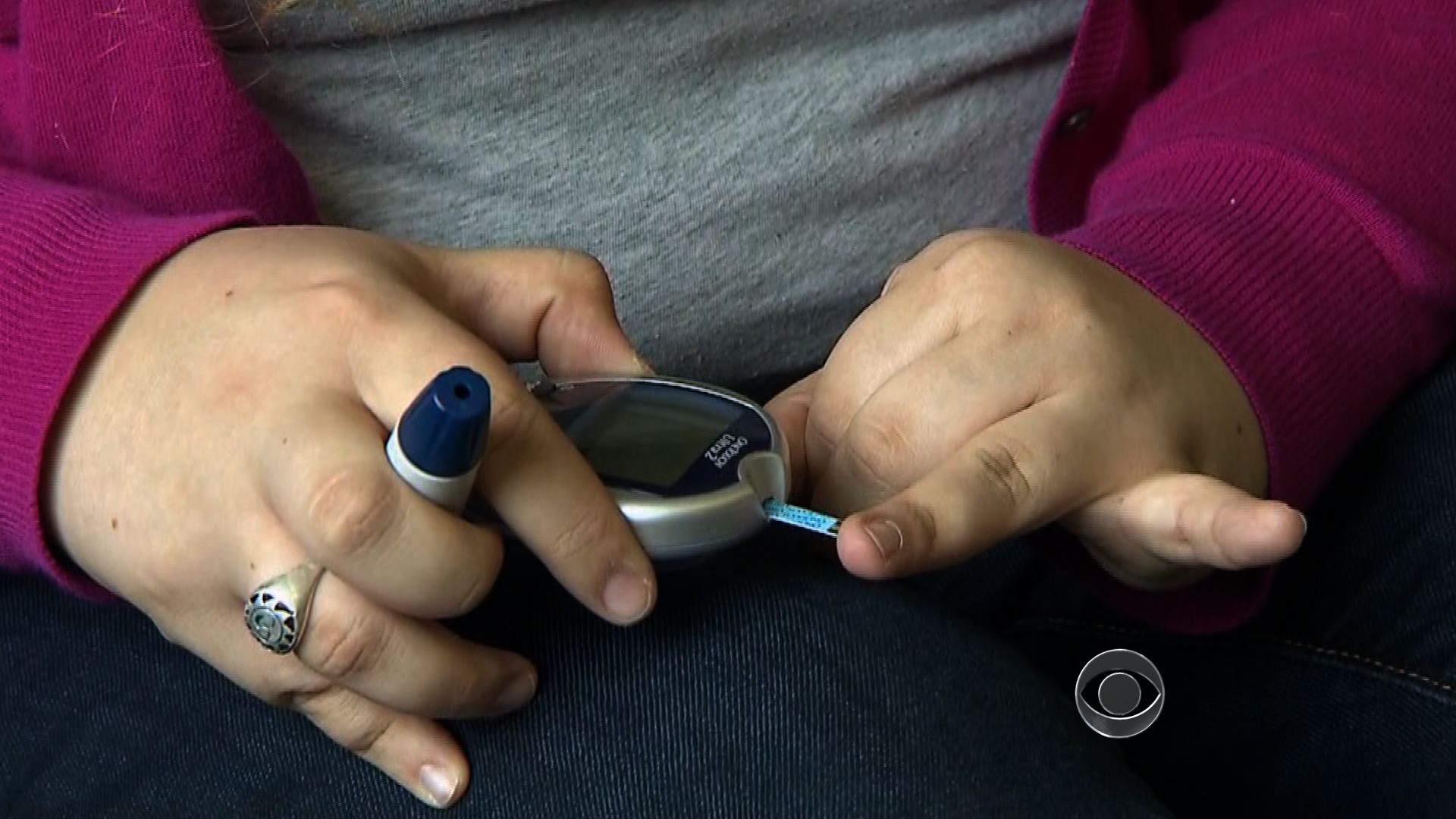 There was more bad news Monday about this country's diabetes epidemic. Some 26 million Americans suffer from Type 2 diabetes, most of them adults. But the number of young people with the disease is growing fast. And now researchers have found that a key medication for treating it in grown-ups often fails in teenagers, as CBS News medical correspondent Dr. Jon LaPook reports.

Twenty-one-year-old Sara Chernov checks her blood sugar every day, one of many changes in her life since being diagnosed with Type 2 diabetes at age 16.

"It's definitely troubling for anybody dealing with a chronic disease to keep yourself on track, especially when you go through the phases of denial and understanding that this is a chronic disease," Chernov said.

Since 1980, obesity in children has almost tripled to more than 12 million. And that, says, Dr. Robin Goland, who helped run the study, has fueled a rise in Type 2 diabetes in young people.

"Historically, childhood diabetes has not been Type 2 diabetes, so very little is known about the right way to both prevent it and to treat it," Goland said.

Type 2 diabetes is the disease in which the body can't make enough insulin to process the sugar it takes in from food. Formerly, it was considered rare to encounter Type 2 diabetes in children, as opposed to Type 1 diabetes (once known as "juvenile diabetes").

Medications that control blood sugar lower the risk of patients developing complications such as poor circulation, blindness, and kidney disease. But the most commonly prescribed drug in adults, metformin, failed more than half the time in the young patients in the study.

"We can prevent them from getting diabetes, that would be far preferable than being in the position of treating it," Goland said.

That's been the goal in New York City, which has been waging an aggressive anti-obesity campaign for years, taking measures such as posting calorie counts on menus and banning sugary drinks from public schools. Health Commissioner Dr. Tom Farley says willpower alone is not enough.

"We're going to have to try to engineer physical activities back into our daily lives ... get PE more back into schools," he said. "Second, we're going to have increase access to healthy foods like fruits and vegetables and reduce the availability and promotion of the calorie-dense snack foods that make it so easy for us to consume too many calories."

And little is being done in our nation's high schools to help. Only 17 percent of students get the recommended one hour of moderately vigorous physical activity a day.

LaPook said that preventative programs like the ones in New York City are an excellent investment, even if they entail some up-front cost. The total cost of obesity plus diabetes in this country each year is $340 billion.