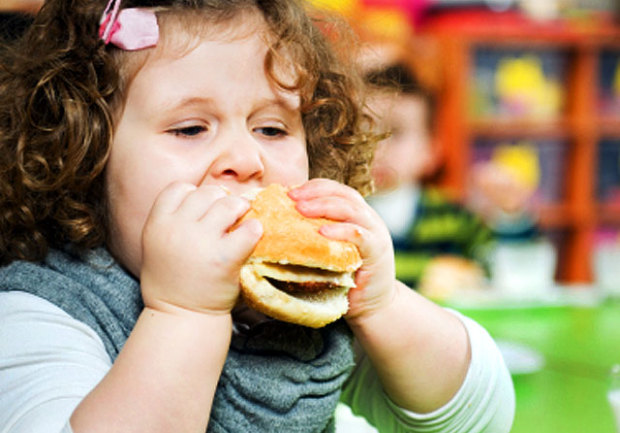 Kids with demanding parents who are rigid about rules, stingy with affection and won't discuss limits are far more likely to be obese than children whose parents practice a more balanced parenting style, new research suggests.

Canadian scientists found that obesity rates were about one-third higher in children up to age 11 whose parents used a so-called "authoritarian" parenting style, marked by inflexibility over rules and a lack of emotional responsiveness. In a group of more than 37,000 children, these kids were significantly heavier compared to those whose "authoritative" parents were generally affectionate, willing to discuss behavior limits and set healthy boundaries.

"These findings are consistent with what's been found for other dimensions of children's health -- that an authoritative parenting style [compared to an "authoritarian" approach] is the best one for children's health," said study author Lisa Kakinami, a postdoctoral epidemiologist at McGill University in Montreal.

"Parents with that style are also less likely to have children engaging in risky behaviors," Kakinami said. "The results are what we expected, but it's nice to see it show up in this way."

Although the study, scheduled for presentation Wednesday at an American Heart Association meeting in San Francisco, showed an association between parenting style and obesity rates, it did not prove a cause-and-effect relationship.

Obesity rates in the United States have more than doubled in children (to nearly 18 percent) and have quadrupled in adolescents (to almost 21 percent) in the past 30 years, according to the U.S. Centers for Disease Control and Prevention. In Canada, obesity rates among children and teens have nearly tripled in the past three decades, government officials said.

For this study, children whose weight approached the 98th percentile among others their age and gender were considered obese.

In the nationally representative analysis of Canadian children, Kakinami and her colleagues found that youngsters aged 2 to 5 with authoritarian parents were 30 percent more likely to be obese than those with authoritative parents. Among kids from 6 to 11 years old, the obesity rate was 37 percent higher in the authoritarian group.

The analysis also included two other parenting styles: permissive, defined as responsive but not demanding, and negligent, defined as not demanding and not responsive. Overall, parents in both age groups of children were primarily found to be authoritative.

Dr. Stephen Daniels, pediatrician-in-chief and chairman of pediatrics at Children's Hospital Colorado, said pediatricians and other clinicians have long been curious about the impact of different parenting styles on children's obesity risk and health behaviors.

"What this study does is pin down some specific styles of parenting that seem to have the biggest influence," said Daniels, who wasn't involved in the research. "That's the part that's new and interesting and useful."

Kakinami and Daniels agreed that the study wasn't able to directly identify the reason children with authoritarian parents appeared so much more likely to become obese, but they said many theories make sense.

"It appears that parents who are more engaged in discussing eating and physical activity behaviors with children -- where the child has the ability to participate in making decisions for the family as well as themselves -- seems to be the style that has the best impact," said Daniels, who also is professor and chairman of pediatrics at the University of Colorado School of Medicine.

The higher obesity risk among kids with authoritarian parents "may in part be kids responding negatively to not being able to question things or discuss things," he added.

Kakinami said future research on the topic is needed and should look at the long-term impact of parenting styles on children's weight.

"This study looked at only one point in time, not over the course of childhood," she said.

Data and conclusions presented at meetings typically are considered preliminary until published in a peer-reviewed medical journal.