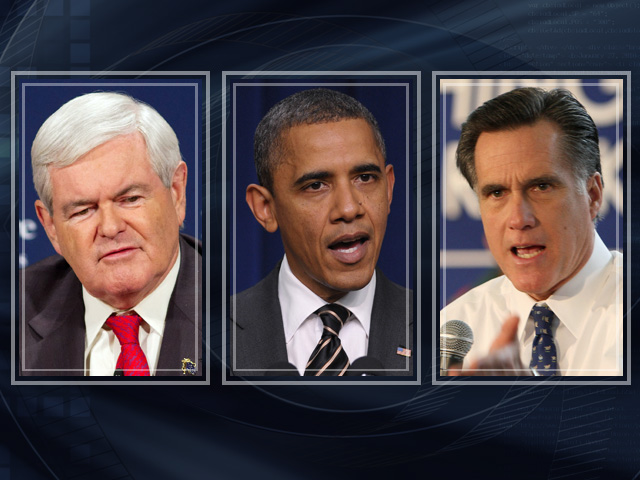 Newt Gingrich is ready to kiss and make up.

Appearing on Fox News this past Sunday, Gingrich didn't technically drop out of the presidential race. But he acknowledged what has been obvious for months: That he has no chance to win the 1,144 delegates necessary to win the nomination, and that his claim that he will somehow triumph at a contested convention was never really serious. Gingrich called Mitt Romney the "far and away the most likely" GOP nominee, suggesting he was now in the race primarily to influence the GOP platform.

The former House speaker also vowed to campaign for Romney if and when Romney locks down the nomination. "I'd want to work this fall to help defeat Obama any way I could, whatever the team thinks I can do to be helpful, I would do," he said.

At this point, however, the question isn't really what Gingrich can do to help Romney. It's whether he'll be able to even partially undo the damage he's already inflicted on Romney over a bitterly-fought primary campaign.

Two factors have kept Gingrich in the race longer than a candidate with only two wins under his belt would have lasted in past cycles: (1) The rise of super PACs, which allowed Las Vegas casino magnate Sheldon Adelson to almost-singlehandedly fund Gingrich's campaign, albeit in an officially uncoordinated manner, and (2) a change in Republican Party rules that made it harder for a candidate to secure the nomination by mandating that more delegates be allocated proportionately. The idea between the rule change was that a more drawn-out primary would ultimately mean a stronger nominee, as it seemed when then-candidate Barack Obama and Hillary Clinton battled nearly until the convention for the 2008 Democratic nomination.

It hasn't worked out that way. While candidates Obama and Clinton declined to go nuclear on each other four years ago - the closest they came was probably Clinton's "red phone" adquestioning Mr. Obama's judgment in a moment of crisis - the 2012 Republican candidates have for months been unleashing harsh attacks on each other that have prompted party elders to worry that they're effectively handing Mr. Obama a second term before the general election even starts. And no one has been harsher than Gingrich in his attacks on Romney.

It's hard to know where even to start: In January, Gingrich flat-out called Romney a liarand suggested his rival is someone who "will lie to you when they are president." He has attacked Romney's record in the business world, saying that Romney and his Bain compatriots were "rich guys looting" who "made a lot of money while people were going broke." And Gingrich last year deemed the Paul Ryan budget plan, which Romney has largely embraced, "radical" and "right-wing social engineering" - a quote Mr. Obama pointed to in a speech last week designed to frame the general-election fight.

Gingrich can - and almost certainly will - hit the campaign trail and cable networks to argue that all that doesn't matter now. But Democrats can - and almost certainly will - run ads in which Gingrich's own words are used to rebut that claim. Indeed, Gingrich's criticisms play into perhaps the two strongest arguments the Obama campaign will use against Romney: That the former Massachusetts governor is an out-of-touch plutocrat unconcerned with the working man, and that he is pushing a "radical" agenda on the American people. Gingrich's primary-season decision to unleash such attacks ultimately amounts to a significant gift to the Obama campaign - and it's hard to see what Gingrich could do between now and November to take it back.