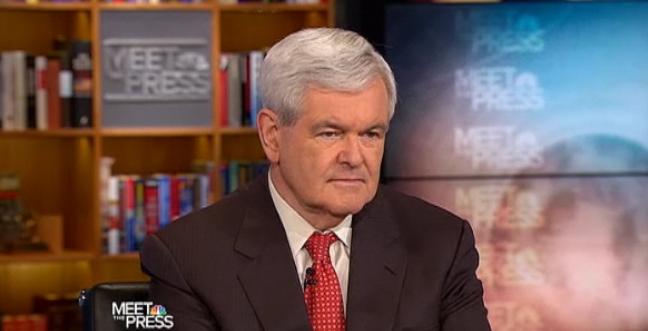 As Republican presidential candidate Newt Gingrich gears up this week for a 17-city campaign tour of Iowa, he's taking heat from the GOP for knocking Wis. Rep. Paul Ryan's plan for Medicare - which the former House Speaker decried on Sunday as "right-wing social engineering."

Gingrich, speaking in an interview on "Meet the Press" on Sunday, argued that the GOP plan for Medicare as outlined in Ryan's proposed 2012 budget was a "radical change" and that we "need a national conversation to get to a better Medicare solution for seniors."

Gingrich, who officially announced his entrance into the 2012 presidential campaign last week, offered that "we need a national conversation to get to a better Medicare system with more choices for seniors," and argued that the first step was eliminating fraud within the system.

Ryan's overhaul, Gingrich argued, "is too big a jump."

"I think what you want to have is a system where people voluntarily migrate to better outcomes, better solutions, better options," he said.

But Gingrich's Sunday statements reflect apparent inconsistencies in his position on Medicare: Time Magazine reports that Gingrich just weeks ago told reporters he would vote for Ryan's plan.

"Sure," Gingrich told Time reporter Jay Newton-Small, when questioned on whether he would vote for the plan.

"Do you think it would actually save the health care system?" Newton-Small asked Gingrich.

"No, I think it's the first step," he replied. "You need an entirely new set of solutions."

In a Facebook message posted shortly after his interview with Time, Gingrich espoused support for a plan that would, unlike Ryan's, "allow seniors to choose, on a voluntary basis, a more personal system with greater options for better care."

Some interpreted that message as an indicator of his support for the Rivlin-Domenici Medicare plan, which would make Medicare a premium support system while allowing seniors to purchase private insurance plans with the use of subsidies.

In an apparent attempt to walk back the former speaker's Sunday statements, Gingrich spokesman Rick Tyler told the Weekly Standard later that day that Gingrich's comments on "Meet the Press" were being blown out of proportion - and that, substantively, there was "little daylight" between Ryan's plan and Gingrich's position.

"There is little daylight between Ryan and Gingrich," he wrote. "But look how it gets reported. Newt would fully support Ryan if it were not compulsory. We need to design a better system that people will voluntarily move to. That is a major difference in design but not substance."

"Radical means that politically you can't get to what Ryan wants from where we are," Tyler added. "It will be demagogued to death. Right wing social engineer refers simply to compelling people to participate without giving them a choice. That is a political mistake."

Ryan hit back at Gingrich on Monday in a radio interview with Raymond Arroyo, guest host of Laura Ingraham's conservative radio show.

"With allies like that, who needs the left?" he said, according to the Hill.

Ryan disputed Gingrich's characterization of his plan for Medicare: "Hardly is that social engineering and radical," he said. "What's radical is kicking the can down the road."

"Contrary to what Speaker Gingrich said yesterday, the Ryan plan does not 'suddenly impose' 'radical change,'" Santorum said. "Paul Ryan's plan is the first serious step by our new Congress to empower future seniors with more choices while at the same time keeping the Medicare system solvent and reigning [sic] in out-of-control federal spending."

Gingrich will speak at Dubuque's Kiwanis Club on Monday in the first stop of his Iowa campaign tour.