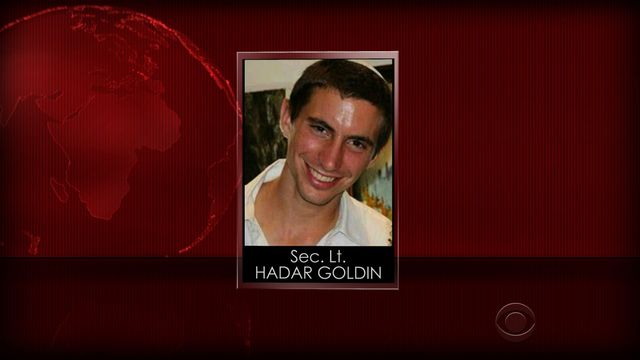 WASHINGTON -- The Obama administration on Friday condemned violations of the internationally brokered Gaza cease-fire by Palestinian militants and said the apparent abduction of an Israeli soldier was a "barbaric" action.

With the cease-fire in tatters and declared dead by Israel, President Obama demanded that those responsible immediately release the kidnapped soldier unharmed. He and other U.S. officials did not directly blame the militant Hamas movement for the abduction, but they made clear they hold Hamas responsible for, or having influence over, the actions of all factions in Gaza.

"If they are serious about trying to resolve this situation, that soldier needs to be unconditionally released as soon as possible," Mr. Obama told reporters at the White House. He said putting the cease-fire back together would be difficult without the release.

"It's going to be very hard to put a cease-fire back together again if Israelis and the international community can't feel confident that Hamas can follow through on a cease-fire commitment," he said.

The Hamas military wing has distanced itself from the disappearance of the soldier which Israel says is feared to have been captured by Gaza fighters.

In a statement on its website Saturday, the military wing says that it is "not aware until this moment of a missing soldier or his whereabouts or the circumstances of his disappearance."

It says it believes the soldier might have been killed in a clash with Hamas fighters about an hour before an internationally brokered cease-fire was to set to begin early Friday.

Mr. Obama also called the situation in Gaza "heartbreaking" and repeated calls for Israel to do more to prevent Palestinian civilian casualties.

"Innocent civilians caught in the crossfire have to weigh on our conscience, and we have to do more," Mr. Obama said.

Despite the collapse of the truce, Mr. Obama credited Secretary of State John Kerry for his work with the United Nations to forge one. He lamented criticism and "nitpicking" of Kerry's attempts and said the effort would continue despite the latest setback.

CBS News correspondent Margaret Brennan reports from the State Department that Kerry is trying to save the cease-fire, which he has been working on virtually around the clock, but U.S. diplomats have acknowledged that events on the ground trump any words at the negotiating table.

Kerry himself denounced the attack as "outrageous," saying it was an affront to assurances to respect the cease-fire given to the United States and United Nations, which brokered the truce.

"The United States condemns in the strongest possible terms today's attack," Kerry said in a statement released by the State Department as he was flying back to the U.S. from an official trip to India.

U.N. Secretary-General Ban Ki-moon also demanded the immediate and unconditional release of the Israeli soldier and blamed Hamas for violating the cease-fire.

The U.N. chief urged both sides "to show maximum restraint and return to the agreed 72-hour humanitarian cease-fire that tragically lasted such a brief period of time," U.N. spokesman Stephane Dujarric said.

The U.N. chief is also deeply concerned at the resumption of Israeli attacks on Gaza that killed at least 70 Palestinians Friday morning, he said.

"Instead of giving both sides, especially Gazan civilians, a much needed reprieve to let them attend to their injured, bury their dead and repair vital infrastructure, this breach of the cease-fire is now leading to a renewed escalation," Dujarric said.

U.N. political chief Jeffrey Feltman told reporters that Ban is "profoundly disappointed" that the assurances from Hamas were not kept.

"Our goal was very clear: we need to end the killing," Feltman said.

He said the capture of the Israeli soldier will make it more difficult to get back to the point Thursday night when a cease-fire was announced.

Kerry learned of the attack aboard an Air Force plane as he was flying home from New Delhi, when an aide showed him press reports of the fresh outbreak of violence.

The aide told The Associated Press that Kerry "immediately grasped the severity" of the situation and started calling diplomats across the Mideast. He spoke with Israeli Prime Minister Benjamin Netanyahu, the foreign ministers from Qatar and Turkey, Palestinian negotiator Saeb Erekat, and reached Palestinian President Mahmoud Abbas when his plane landed at a refueling stop at Ramstein Air Base in Germany. He also spoke with U.S. national security adviser Susan Rice, the aide said. The aide was not authorized to discuss Kerry's private calls publicly and spoke on condition of anonymity.

By the time Kerry was told about the broken truce, it was about 11:30 a.m. in Israel, and the fighting had already resumed more than two hours earlier.

In his statement, Kerry said it would be a "tragedy if this outrageous attack leads to more suffering and loss of life on both sides of this conflict."

"The international community must now redouble its efforts to end the tunnel and rocket attacks by Hamas terrorists on Israel and the suffering and loss of civilian life," he said.

According to Netanyahu's office, the prime minister told Kerry that "Hamas has unilaterally and grossly violated the humanitarian cease-fire" and "will bear the consequences of their actions." That call came after the Israeli military reported that one of its soldiers was "feared" abducted just 90 minutes after the cease-fire took effect.

Senior State Department officials traveling with Kerry said the primary U.S. focus is to find and return the kidnapped Israeli soldier, although concerns remain high about the safety of Palestinian civilians who could be killed or wounded in Israeli strikes. It's not clear how soon - or even whether - cease-fire negotiations could resume, although it's not unprecedented for talks to happen even during fighting.

The U.S. special envoy for the Mideast, Frank Lowenstein, was en route to Cairo and planned to continue on to speak with Egyptian officials who had offered to host cease-fire talks. It was not immediately clear if other U.S. officials would head to Cairo as initially planned. Deputy Secretary of State Bill Burns, who was supposed to attend, delayed his plans to travel on Friday and was continuing to assess whether he would go at all.

Also Friday, Saudi Arabia's King Abdullah condemned the war in Gaza as a "collective massacre" and a crime against humanity, but stopped short of directly condemning Israel for its ground campaign against Hamas.

Unlike past Gaza wars, including the devastating 2008 offensive, the Saudi monarch did not condemn Israel outright for the conflict.

Instead, King Abdullah appeared to suggest that both Israel and Hamas were responsible, saying that the violence in Gaza has led to "various forms" of terrorism whether from groups, organizations or states.

"All of this is happening while the international community is watching silently with all its institutions and organizations, including human rights organizations," he said in prepared remarks read out by a presenter on state television. "This silence has no justification."

But the king did not call for any specific action to be taken against Israel in his remarks.