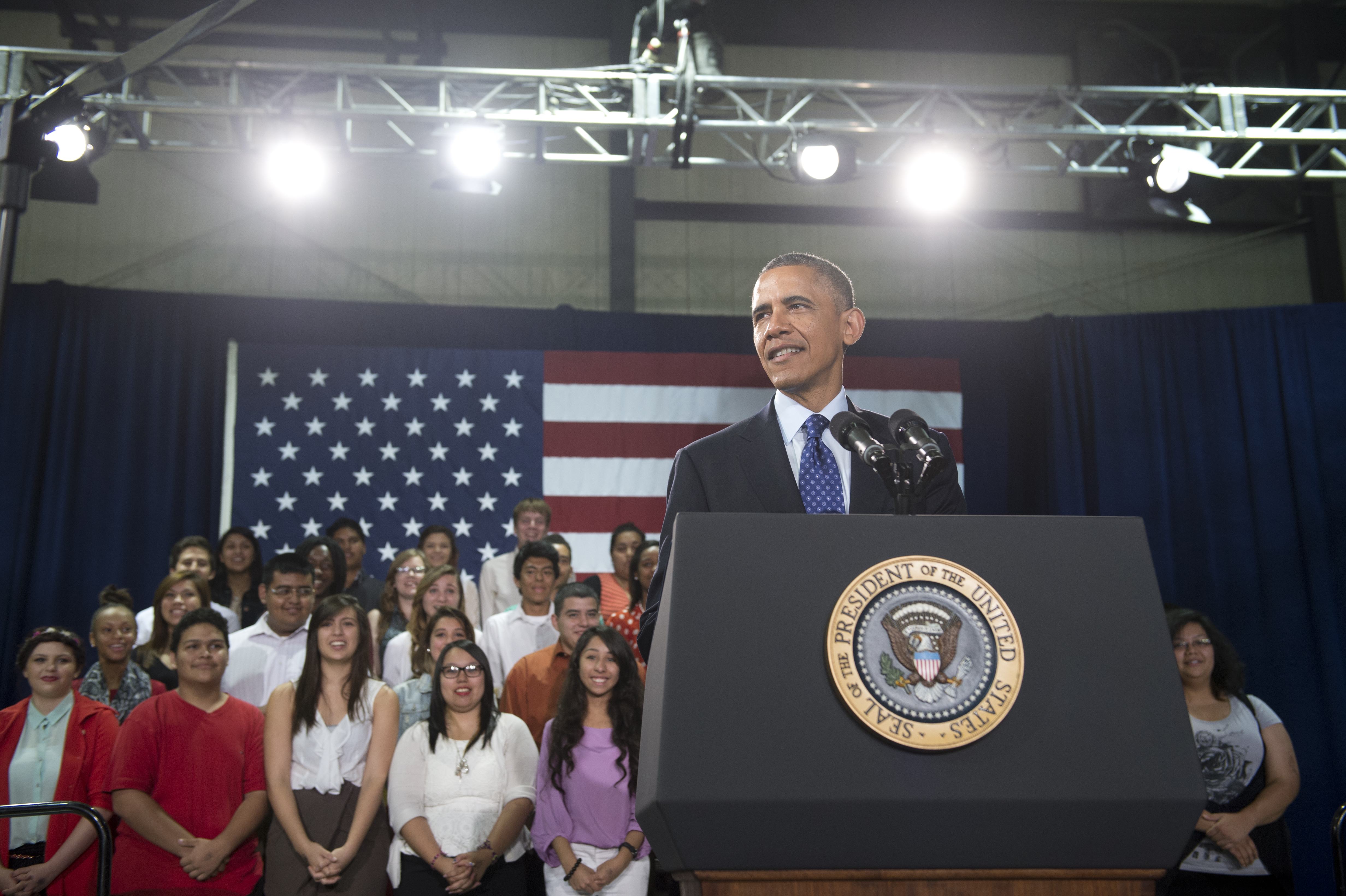 President Obama on Thursday told a group of high school students in Austin, Texas, that the economy is "poised for progress," thanks to the grit and determination of the American people, but that citizens should expect more effort from Washington.

"If you listen to all the doom and gloom in Washington... you might think nothing's going right," Mr. Obama said Manor New Tech High School, where he stopped in the first leg of his tour of the U.S. to talk about the economy. "The truth is there's a lot of reason for us to feel optimistic about where we're headed as a country."

Unemployment is at its lowest rate since 2008, corporate profits have skyrocketed to all-time highs, and housing market is healing, he said -- but that's not good enough. The U.S. needs more middle-class jobs, higher middle-class wages and policies to keep homeowners from losing their homes.

"From Washington to Wall Street, all of us have to commit ourselves to doing better than we are now," Mr. Obama said.

The president argued on behalf of increasing access to preschool and making investments in math and technology teachers, so that other schools could follow Manor's lead. He noted that Manor students, while most don't come from wealth or privilege, have test scores that are higher than average in most subjects. Most of the graduating class is going to college, he said.

"Every day this school is proving every child has the potential to learn the real world skills they need to succeed in college and beyond," he said. "There are too many kids in America who are not getting the same kinds of opportunities, through no fault of their own, and we can do better than that."

Later in the day, the president toured Applied Materials Inc., one of the high-tech companies that's made Austin a new hub for technology and innovation.

While at Applied Materials, the president described the competition the White House launched Thursday to create three new manufacturing innovation institutes. The institutes will be launched with $200 million across five federal agencies: Defense, Energy, Commerce, NASA and the National Science Foundation.

"We are looking for businesses and universities that are willing to partner together to help turn their region into the next global center of high tech jobs," Mr. Obama said. He noted that one third of jobs in Austin are now supported by the tech sector and said that other regions should follow Austin's lead.