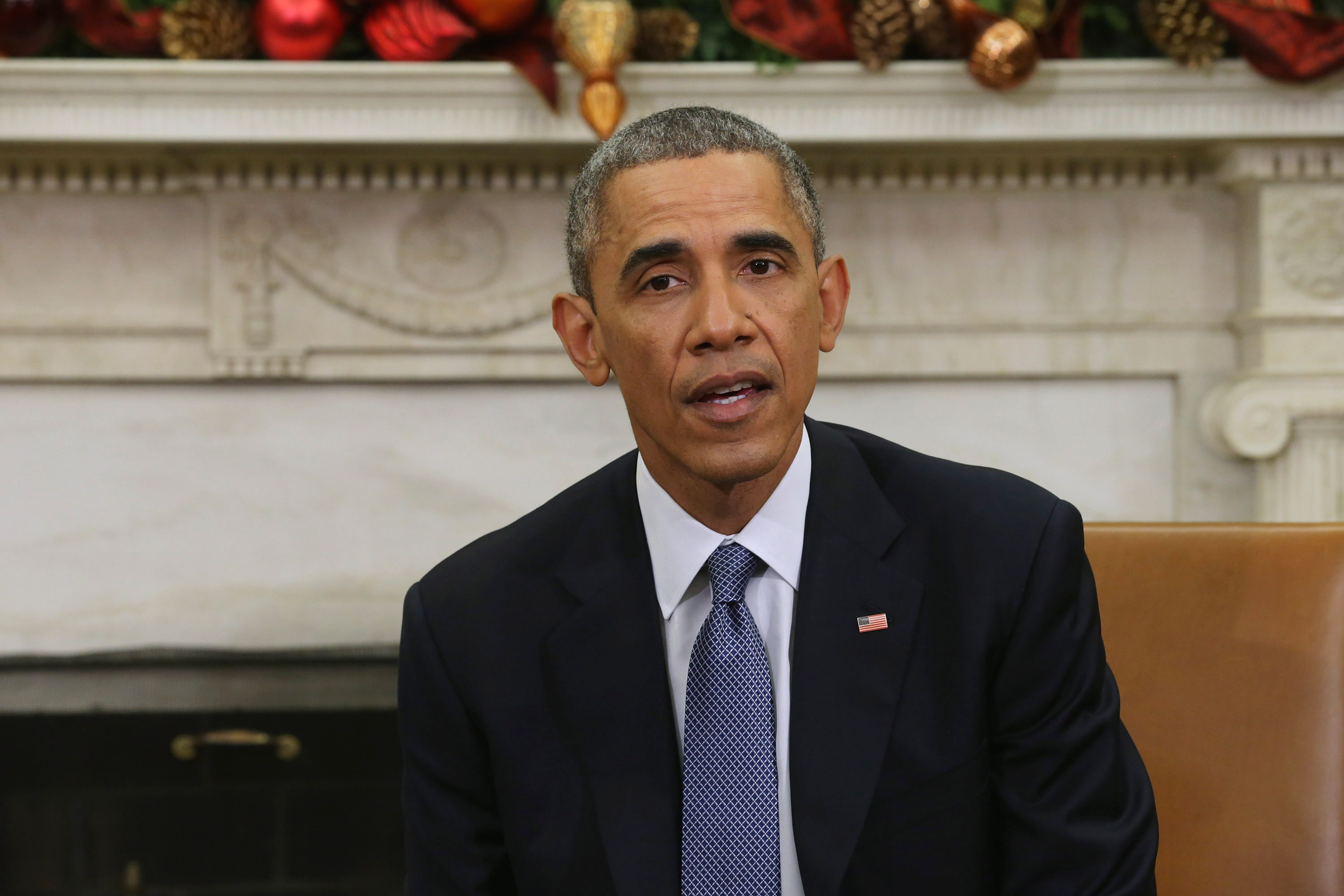 President Obama pushed lawmakers on Saturday to resolve their budget disputes before the government runs out of funding on Thursday. "A Christmas shutdown is not a good idea," he warned in his weekly address.

"We need the outgoing Congress to pass a budget and keep our government open," he said. "Then, when the new Congress convenes in January, we need to work together to invest in the things that support faster growth in higher-paying jobs."

The president hailed Friday's employment report showing that businesses added more than 300,000 new jobs in November, saying the strong number was "not a fluke - it keeps up the solid pace of job creation we've seen all year long."

He also noted that much of the job growth over the last year has come in industries with higher wages.

"Overall wages are on the rise," he said, "and that's some very welcome news for millions of hardworking Americans."

He cited a familiar list of actions Congress could take to accelerate the pace of economic recovery and put even more people back to work.

In the weekly Republican address, several lawmakers touted a proposal known as the "ABLE Act," which would allow Americans with disabilities to set up tax-free savings accounts to pay for health care, retirement, job training, and other expenses.

"Right now, people with disabilities aren't given the chance to save much of what they earn," said Rep. Cathy McMorris Rodgers, R-Washington. "It's an outdated law that only encourages them to resign themselves to a life of dependence."

McMorris Rodgers and Rep. Pete Sessions, R-Texas, said their push for the new law has been informed by their own experience raising children with disabilities.

"I've got a dynamic Down Syndrome son," Sessions said. "Alex Sessions turns 21 next month, and let me tell you, he's got every wish and desire to succeed just like his big brother does. We don't know what the future holds, but I'm not going to sit back and allow anything - especially any law - to prevent our children from fulfilling their potential."