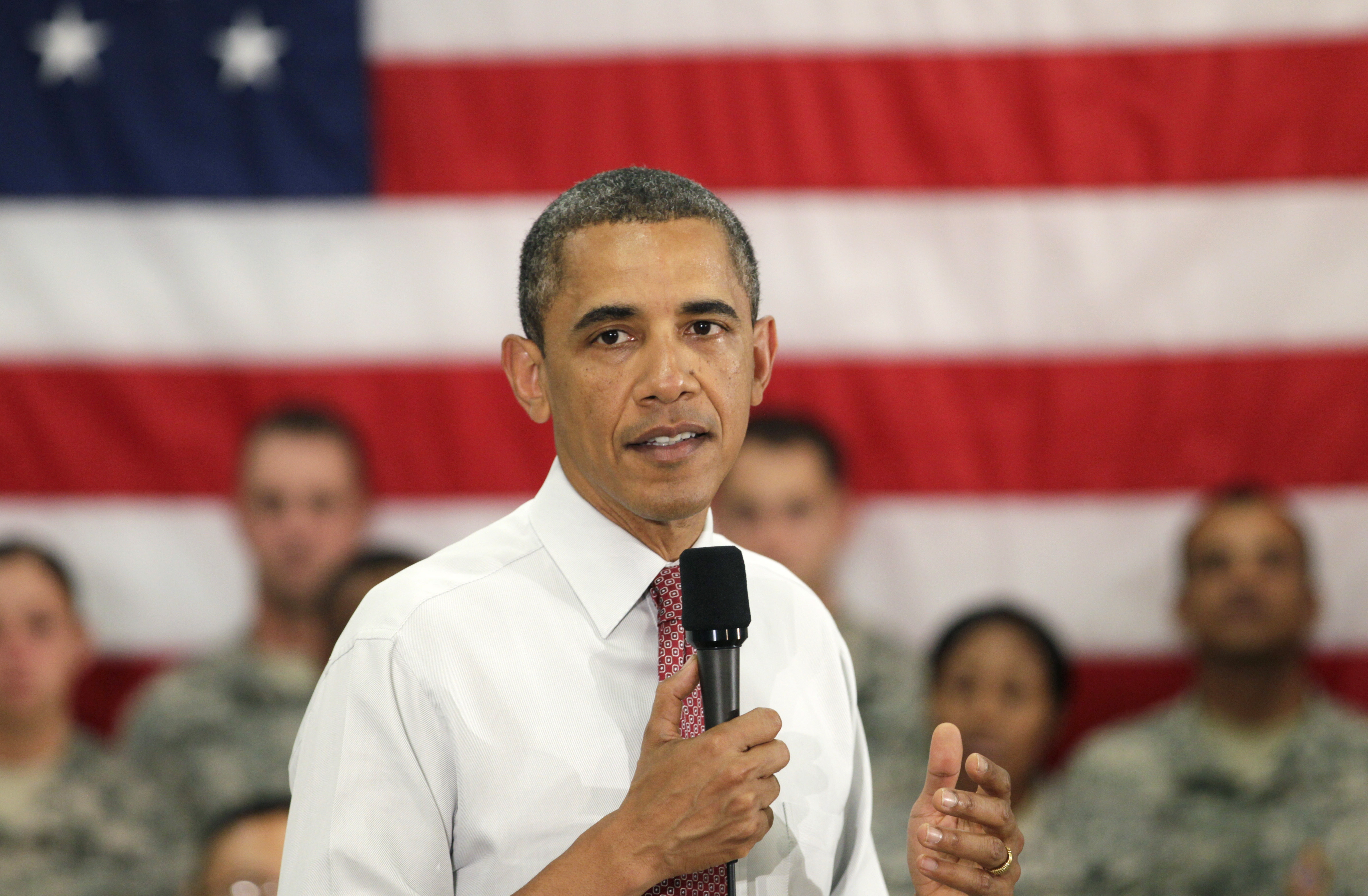 FORT DRUM, N.Y. - President Barack Obama on Thursday told American troops who've fought in Afghanistan that the U.S. has turned a corner after nearly 10 years of war, and it's time for their comrades still in that country to start coming home.

Speaking to soldiers at Fort Drum in upstate New York, the president defended drawdown plans designed to have 33,000 troops back home by next summer.

"We're not doing it precipitously," Obama said. "We're going to do it in a steady way to make sure that the gains that all of you helped to bring about are going to be sustained."

The president's comments addressed some of the criticism of the drawdown plans he announced Wednesday night in a televised address to the nation. Liberal Democrats and some Republicans said the withdrawal was too slow, while other Republicans contended it was faster than what is required to ensure a level of stability in Afghanistan.

But Obama said the time was right to begin winding down the war on his schedule, thanks to the conditions the soldiers at Fort Drum helped bring about. Fort Drum is home to the 10th Mountain Division light infantry unit that has been one of the most frequently deployed to Afghanistan.

Obama: This is beginning of the end of the Afghanistan warSplitting the baby? Obama charts "centered" Afghanistan planCBSNews.com special report: Afghanistan

Obama's remarks came as Secretary of State Hillary Rodham Clinton testified on Capitol Hill defending the Obama administration's outreach to the Taliban as unpleasant but necessary to bring stability and security to Afghanistan.

Despite the progress, the president said the job isn't finished and "There's still some fighting to be done." The withdrawal of the 33,000 troops Obama surged into Afghanistan in 2009 will leave about 70,000 still there. Obama hopes to mostly complete the transition to Afghan control in 2014.

Obama spoke to about 250 members of the 10th Mountain Division in a dining hall on the base.

Following his brief remarks, Obama stopped to talk one-on-one with the soldiers. He told them to be "at ease" while he took his time working the room, but those orders from the commander in chief did little to spark any chatter among the troops.

The president then headed into private meetings with military families.

Army officials said 10,200 soldiers from Fort Drum are currently in Afghanistan. The memorial page on the post's website lists the names of more than 120 division soldiers who've died in Afghanistan since 2002.