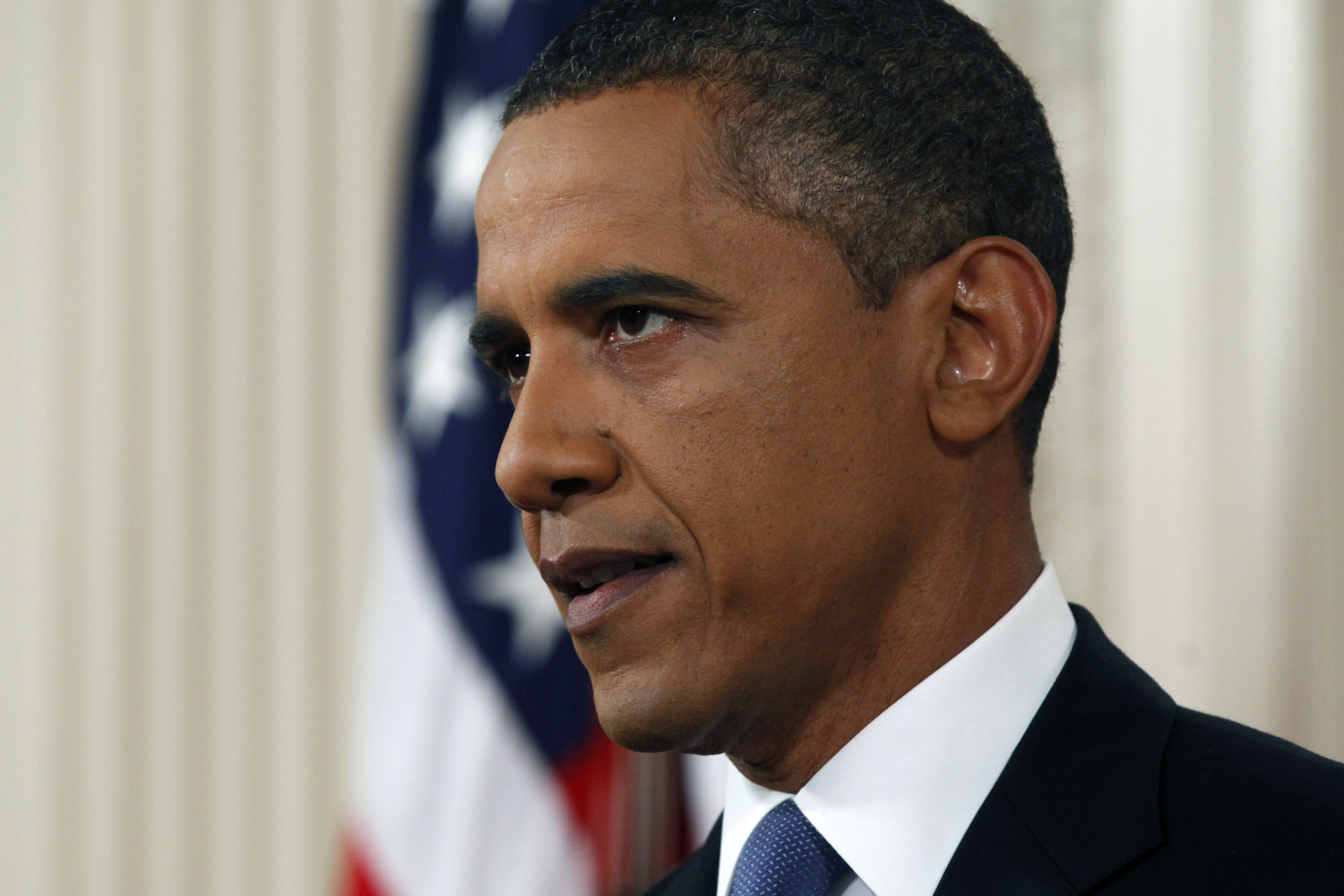 When President Obama announced the 30,000 troop "surge" in Afghanistan in 2009, some claimed the president was "splitting the baby," King Solomon-style. Similarly, his announcement Wednesday to pull out those surge troops by the fall of 2012 will likely seem a dissatisfying compromise to both those on the left and the right.

As he so often does when announcing a critical decision, Mr. Obama on Wednesday night acknowledged the opposing forces that weighed on his decision.

"Some would have America retreat from our responsibility as an anchor of global security, and embrace an isolation that ignores the very real threats that we face," he said. "Others would have America over-extended, confronting every evil that can be found abroad."

He continued, "We must chart a more centered course... We must be as pragmatic as we are passionate; as strategic as we are resolute."

The president's strategic decisions in Afghanistan put into focus the leadership style he has cultivated since taking office in 2009: Mr. Obama crafts decisions -- whether on foreign policy, health care, energy policy, taxes or the deficit -- only after considering a range of opinions on the issue. It's a deliberative process which can lead to decisions that, on their face, appear to split the difference between two sides.

Obama: This is beginning of the end of the Afghanistan warTranscript of Obama's speech on AfghanistanCBSNews.com special report: Afghanistan

Explaining deliberative, nuanced decisions in a nonstop news cycle that favors black-and-white answers can be a challenge for the president. One thing that voters understand, however, is results. If the president can advance his agenda -- taking steps such as improving the economy and ending the wars -- before November 2012, it may not matter whether voters are satisfied with "splitting the baby."

"Most voters don't care about the process, only the product," said Democratic strategist Jamal Simmons. "Presidents look weak when they lose. When they win something, even half loaves, they tend to be seen as stronger."

By November 2012, people may feel differently about the president's withdrawal plan, but for now it's clear many liberals think it's too slow, while many conservative hawks think it's too swift.

"A lot of people are calling this a compromise," she said. "I don't know if that accurately reflects his thinking, as if he put all the [withdrawal] numbers on a board" and chose the middle number.

"I'd like to think he has a very strong policy reason for what he does," she added.

Norm Ornstein, a scholar the American Enterprise Institute, said that Mr. Obama wasn't forging a compromise between liberals and conservatives, but one with his military leaders. "If military commanders say they can handle it, it doesn't matter if John McCain on the right or Dennis Kucinich on the left" don't like it, he said.

The president's approach to foreign policy has similarly taken a beating from both the left and the right this year over U.S. engagement in Libya. His decision to take limited action without congressional approval has angered liberals and anti-interventionists, while hawks and neoconservatives took issue with the administration's strategy of "leading from behind."

Both Eoyang and Ornstein said the mission to kill Osama bin Laden helps disprove the notion that Mr. Obama is a leader who bends to political pressure.

"That's what happens when you have someone careful and deliberative -- that kind of policy success," Eoyang said.

Still, there are a number of examples where Mr. Obama's seemingly deliberative approach to policy has worked against him.

McCain: "Unnecessary risk" in Obama's Afghanistan plan In Afghanistan, who will pick up where the U.S. leaves off?

"Twice Obama tried to find common ground on energy, and in the same way, it backfired," Ornstein said. His call for more nuclear power preceded the earthquake and nuclear crisis in Japan, while his endorsement of more offshore oil drilling came before the BP oil spill.

Meanwhile, Mr. Obama's 2010 negotiations over the Bush tax cuts have left him in the awkward position of having to re-negotiate the deal two years later. As many as 38 percent of Americans said in a CBS News poll that the extension of the tax cuts could help the economy, but the deal left the president's liberal base irate.

By forging a compromise, Ornstein said, "you can suffer erosion for your own base -- so you better hope it works."