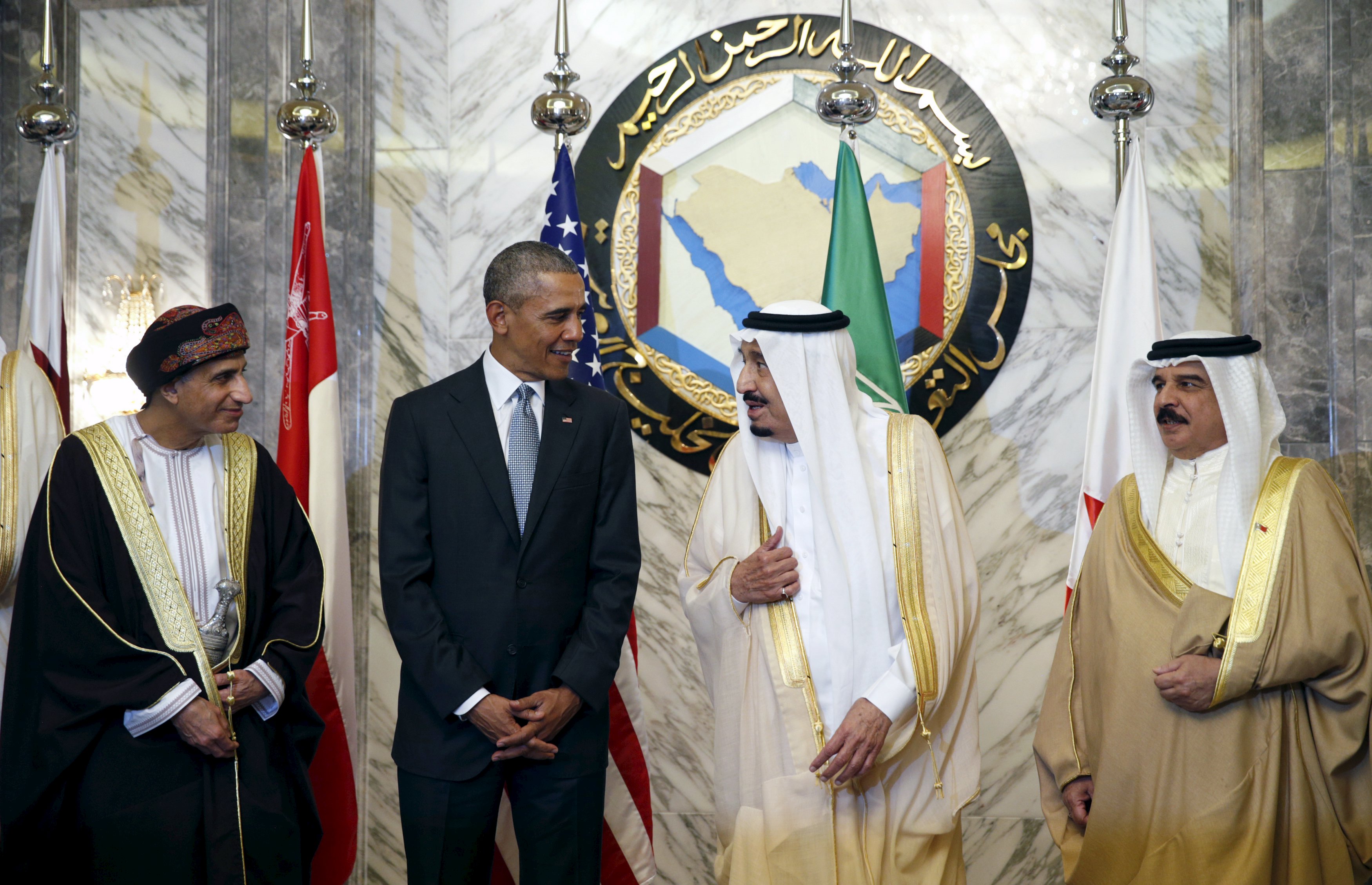 RIYADH, Saudi Arabia-- President Obama met Thursday with officials from six Arab nations to discuss regional security issues in the Persian Gulf, including the fight against the Islamic State of Iraq and Syria (ISIS) militant group.

CBS News correspondent Margaret Brennan, traveling with the president, explains that today's meetings focused on how to counter an explosion of Middle East violence that the Arab countries believe is being fueled by long-time foe Iran.

In his closing remarks to the Gulf Cooperation Council meeting, Mr. Obama thanked GCC leaders for their support with the Iran nuclear deal, which he said "makes the region safer."

Some Gulf countries, however, remain deeply skeptical of Obama's willingness to negotiate with Shiite powerhouse Iran, and fear that last year's nuclear deal with the Islamic Republic will lead to a rebalancing of regional stances at their expense.

"We will remain vigilant to ensure that Iran fulfills its commitments, just as we fulfill ours," the president assured his Arab counterparts. "Even with the nuclear deal, we recognize collectively that we continue to have concerns about Iranian behavior."

He added, however, that "none of our nations have an interest in conflict with Iran."

The president addressed other pressing regional concerns, including extremist activities by groups like ISIS.

Mr. Obama reiterated that the U.S. and GCC countries would "remain united" in the fight against ISIS, which he said was "a threat to all of us."

Those efforts include pledging continued support to the Iraqi government and remaining "leading donors" to the refugee crisis in the region.

Overall, the president assessed the meetings as a "very successful summit," and thanked the GCC leaders.

Later, after the meetings, the president spoke to reporters about recent flare-ups between the United States and GCC leader Saudi Arabia, asserting that the "friendship and cooperation that exists" between the U.S. and other Gulf countries remains "consistent."

But he acknowledged that, "at any point in time, there are going to be differences in tactics" with the other countries. Still, the president said the U.S. does seek to ensure its partners "share a broad, common vision" on international issues, particularly when it comes to containing extremist violence.

The meetings in Riyadh on Thursday were meant to build on a similar summit convened last year at Camp David, the president's Maryland retreat. They reflect an effort by the White House to reassure and coordinate with important but wary Mideast allies that oppose Obama's outreach to Iran and U.S. policy toward the grinding civil war in Syria.

The summit with the U.S.-allied countries of the GCC followed bilateral talks that Obama held with Saudi King Salman on Wednesday shortly after arriving in the kingdom. Besides Saudi Arabia, the GCC includes the United Arab Emirates, Qatar, Kuwait, Oman and Bahrain.

The White House said the summit meeting included three sessions. One was aimed at fostering regional stability and another at counterterrorism efforts including efforts to defeat al Qaeda and ISIS militants. A third session focused on Iran, which Saudi Arabia and other Gulf states see as a destabilizing rival in the region.

Saudi Arabia, the Emirates and other Gulf countries share the U.S. view that ISIS militants pose a threat, and have joined the U.S.-led bombing campaign against the group. But they want the U.S. to do more to attempt to remove Syrian President Bashar Assad from power.

Brennan reports the Saudis are particularly angry about the Iran nuclear deal, and they believe that only the next U.S. president -- whether it's Hillary Clinton or even Donald Trump -- will be able to restore Saudi Arabia's status as America's key ally in the Middle East.

Brennan said the strains in the U.S.-Saudi relationship were obvious when Air Force One landed in Riyadh; Mr. Obama was met by a small delegation, minus the usual pomp and ceremony that is usually given to world leaders. Nor was his arrival shown on Saudi state television.

Several of the Sunni-ruled Gulf states view Tehran's backing of Shiite militias in Lebanon, Yemen and Iraq as the main driver of sectarianism and instability in the region.

The talks touched on fighting in neighboring Yemen. A U.N.-brokered cease-fire that started earlier this month has been repeatedly breeched - by the Saudi-led coalition fighting on the side of Yemen's internationally recognized government and by the Shiite rebels and their allies.

The Saudi effort has sought to drive the Shiite rebels from the capital and other parts of the deeply impoverished country. The U.S. is not carrying out airstrikes in that campaign but has provided refueling and other logistical help.

Following his meetings with Gulf leaders, Obama planned to depart Saudi Arabia late Thursday for Britain and Germany, the final two stops on his trip.