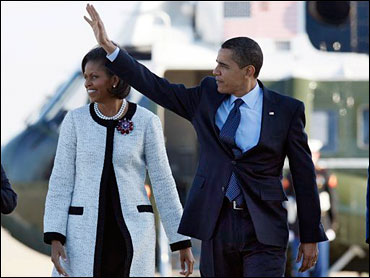 President Obama is now off on the first leg of his first overseas trip as president. His departure from Andrews Air Force Base in Maryland was at 8:33 a.m. ET -- 18 minutes behind schedule.

Here are some more nuggets about the trip: