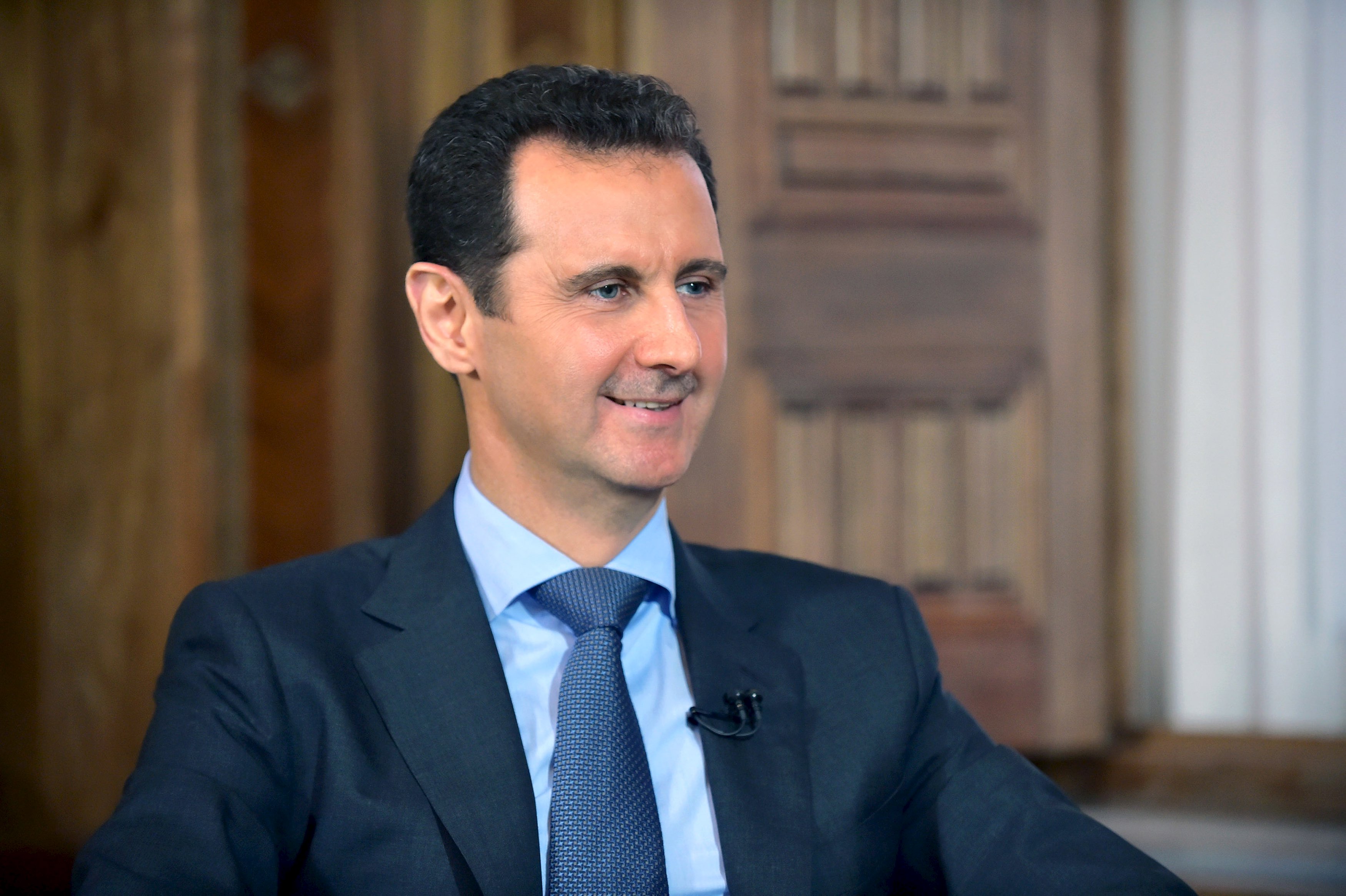 WASHINGTON -- The Obama administration's best-case scenario for political transition in Syria does not foresee Bashar Assad stepping down as the country's leader before March 2017, outlasting Mr. Obama's presidency by at least two months, according to a document obtained by The Associated Press.

An internal timeline prepared for U.S. officials dealing with the Syria crisis sets an unspecified date in March 2017 for Assad to "relinquish" his position as president and for his "inner circle" to depart. That would be more than five years after Mr. Obama first called for Assad to leave.

The timeline is based on a broad U.N.-endorsed plan that was initially laid out at an international conference in Vienna in November. Syria, according to that strategy, would hold elections for a new president and parliament in August 2017 -- some 19 months from now. In the interim, Syria would be run by a transitional governing body.

Countless hurdles lie ahead for implementation of this latest blueprint for ending five years of conflict that has killed more than a quarter-million people, created the worst European refugee crisis since World War II and allowed the Islamic State group to carve out a would-be caliphate across parts of Iraq and Syria.

Not the least of those hurdles is the growing rift between Sunni-led Saudi Arabia and Shiite-ruled Iran, which back opposite sides in the Syria conflict and had to be lobbied heavily to agree to meet in Vienna to craft a way forward for the war-torn country. Saudi Arabia executed a prominent Shiite cleric and then severed diplomatic relations with Iran this week after its embassy in Tehran was stormed by a mob protesting the death.

It is not yet clear what impact those developments might have on the Syria negotiations.

If Saudi-Iranian tensions can be overcome, if peace talks between the Syrian government and opposition go ahead later this month as planned and if they are successful, the biggest challenge to the U.S. timeline is still that no one else has yet agreed to its specifics, particularly those related to Assad's departure.

Assad has steadfastly refused to step down while his nation's terrorist threat, as he sees it, persists. The timeline offers no explanation for exactly how Assad would leave or what his post-presidential future might hold.

And his chief backers, Russia and Iran, have resisted all efforts by outside powers to determine Syria's future leadership, insisting that is a decision for the Syrian people. Russia and Iran may object to the U.S. timeline's call for Assad to leave six months before elections would be held.

In addition, the Syrian opposition wants Assad out as soon as possible. The opposition along with U.S. allies like Saudi Arabia, Qatar and Turkey could view the American concept as a betrayal.

The United States is balancing numerous considerations as it seeks to quell Syria's violence and advance several strategic objectives. Its top priority now is rooting out the Islamic State from its headquarters in northern Syria.

Still, Obama and other U.S. officials promised for years to end the Assad family's 45-year-grip on Syria, arguing that a leader who uses barrel bombs and poison gas on his own people has lost legitimacy. Ridding Syria of Assad could also strip Iran of its foothold in the heart of the Arab world and dramatically change the security equation for neighbors such as Israel, Lebanon and Turkey.

In recent months, Washington and its allies in European capitals have retreated from demands that Assad leave power immediately as the Islamic State gained territory in the region and the priority shifted to defeating the militant group.

The timeline, however aspirational, shows how U.S. diplomats and policymakers are determined to outline an exit plan for Assad and not let concerns over the Islamic State and other extremist groups allow him to cling to power indefinitely.

The document obtained by the AP starts Syria's new political process next month. An 18-month transition period would be initiated, consistent with the plan endorsed by the U.N. Security Council last month. The U.N.'s special envoy for Syria, Staffan de Mistura, has set a Jan. 25 date for government-opposition peace talks to begin in Geneva.

The U.S. timeline envisions the Security Council signing off on a framework for negotiations between Assad's representatives and the opposition, leading to the formation of a security committee in April. That would be accompanied by an amnesty for some government and military members, and moderate opposition leaders and fighters. The transitional governing body would then be created.

In May, the Syrian parliament would dissolve, according to the timeline. The Security Council would recognize the new transitional authority and lay out the transition's next steps. These include major political reforms, the nomination of an interim legislature and an international donors' conference to fund Syria's transition and reconstruction.

The next six months, through November 2016 - when Obama's successor is elected - would be devoted to the sides drafting a new constitution. The Syrian people would get a chance to vote on that document in a popular referendum in January 2017, according to the timeline.

Only then would the process lead to what Washington calls the root cause of the entire conflict and the growing extremist threat across the Middle East and beyond: the end of Assad's rule of Syria.

Syria's new government would assume full powers from the transitional body after the parliamentary and presidential elections in August.