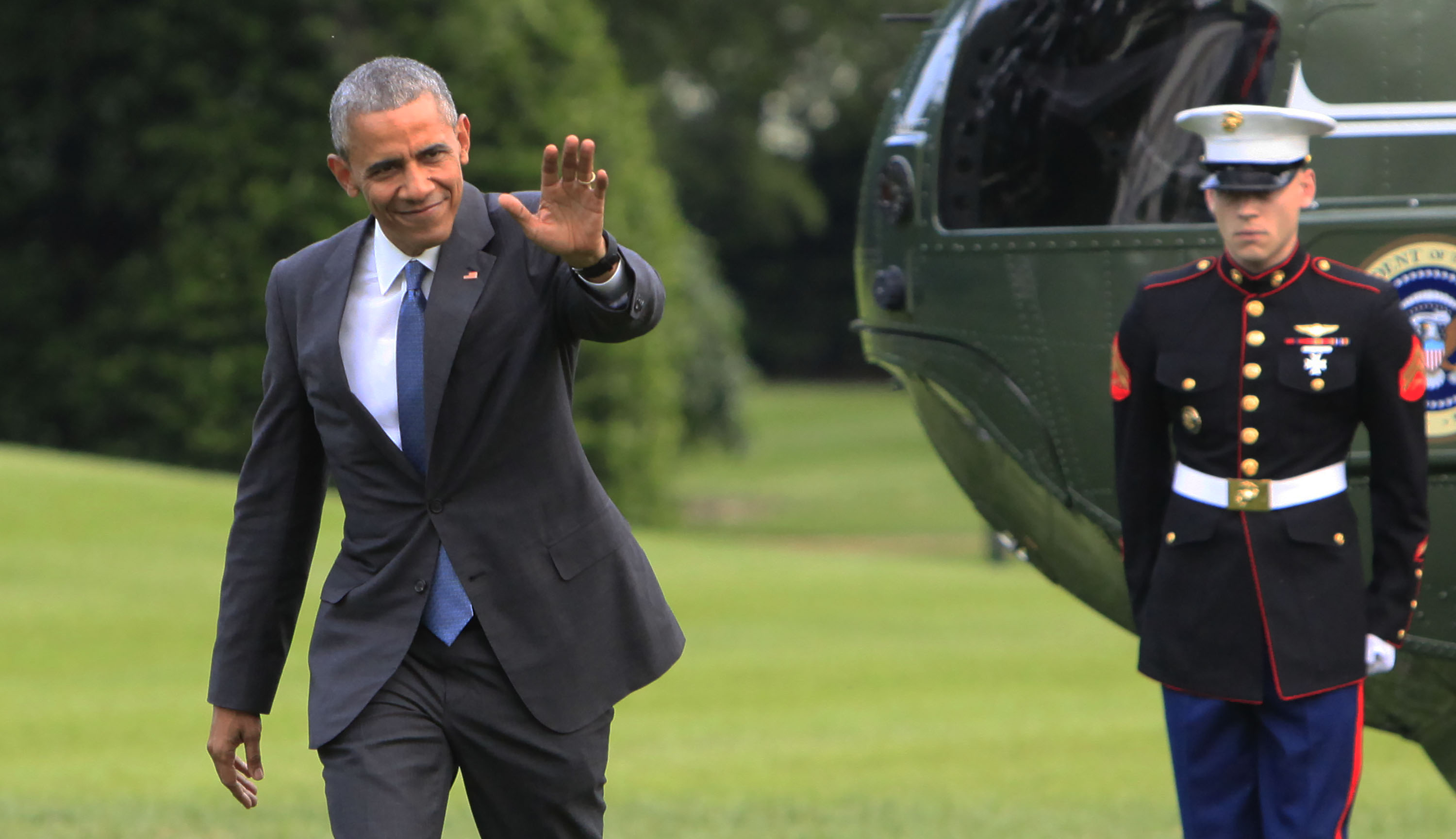 President Obama issued a statement Sunday evening extending best wishes to Muslims in the U.S. and around the world at the start of Islam's holy month of Ramadan.

"For many, this month is an opportunity to focus on reflection and spiritual growth, forgiveness, patience and resilience, compassion for those less fortunate, and unity across communities," he said in the written statement.

"Here in the United States, we are blessed with Muslim communities as diverse as our nation itself. There are those whose heritage can be traced back to the very beginning of our nation, as well as those who have only just arrived," he said, noting that their numbers include "doctors, lawyers, artists, teachers, scientists, community organizers, public servants, and military members."

Then, in pointed contrast to Donald Trump's call to temporarily bar Muslims entering the United States, the president stated: "I stand firmly with Muslim American communities in rejection of the voices that seek to divide us or limit our religious freedoms or civil rights."

"We will continue to welcome immigrants and refugees into our nation, including those who are Muslim," he added.

Trump stood by his proposed ban in an interview Sunday with CBS News' "Face The Nation."

"I'm not backing down. We have to do something. We have a problem in this country. We have a radical Islamic terrorism problem in this country, and, by the way, throughout the world, throughout the world. It's a problem. And it's a temporary ban. I'm not talking permanent. It's a temporary ban. We have to find out what is going on," said Trump, the presumptive Republican presidential nominee.

In the White House statement, Mr. Obama also called attention to the plight of those displaced by the fighting in Syria and elsewhere: "Far too many Muslims may not be able to observe Ramadan from the comfort of their own homes this year or afford to celebrate Eid with their children. We must continue working together to alleviate the suffering of these individuals. This sacred time reminds us of our common obligations to uphold the dignity of every human being."

As he has in past years, the president said he will invite a number of Muslim Americans to the White House for a celebration of Eid, the holiday marking the conclusion of Ramadan.