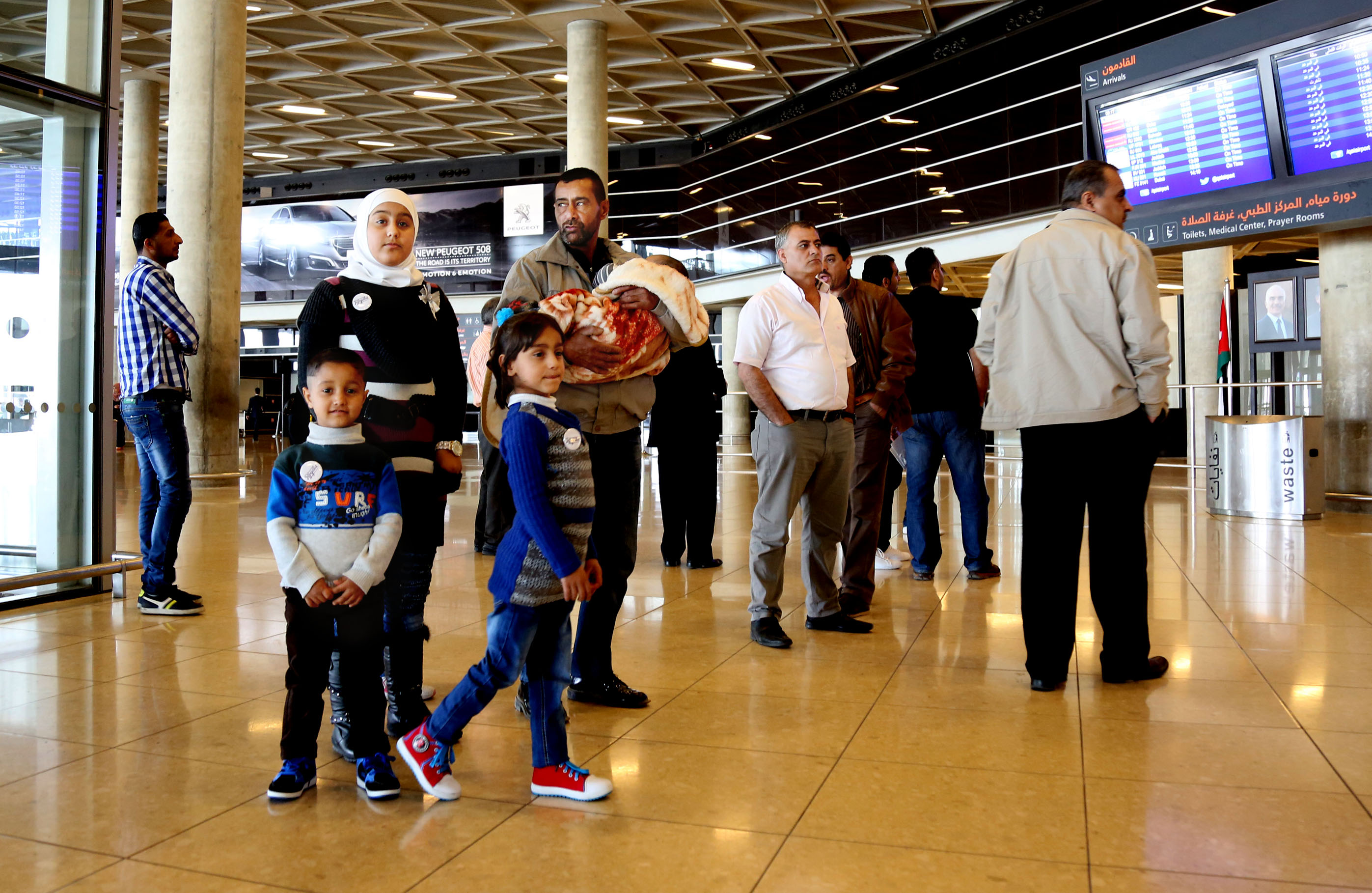 AMMAN, Jordan --The first Syrian family to be resettled in the U.S. under a speeded-up "surge operation" for refugees left Jordan on Wednesday and arrived in Kansas City, Missouri, to start a new life.

Ahmad al-Abboud, who is being resettled with his wife and five children, said he is thankful to Jordan, where he has lived for three years after fleeing Syria's civil war. But the 45-year-old from Homs, Syria, said he was ready to build a better life in the U.S.

"I'm happy. America is the country of freedom and democracy, there are jobs opportunities, there is good education, and we are looking forward to having a good life over there," al-Abboud said.

They have been living in Mafraq, north of Amman. Al-Abboud was unable to find work, and the family was surviving on food coupons.

"I am ready to integrate in the U.S. and start a new life," he told The Associated Press in Amman's airport before the family boarded a flight to Kansas City.

Al-Abboud said he wanted to learn English and find a job to support his family.

A spokeswoman for the social services organization helping resettle the family said they arrived in Kansas City late Wednesday night.

In the airport in Amman, the family received a Kansas City Royals jersey, reports CBS Kansas City affiliate KCTV. It's a symbol of their new hometown.

"They are literally fleeing to America because of horrific conditions they've experienced in their homelands," Judy Akers, executive vice president of Della Lamb Community Services, told the station.

"Refugee families who come through Della Lamb refugee services have been vetted by the U.S. State Department," she said.

The refugees are fingerprinted and screened by the National Counterterrorism Center, Federal Bureau of Investigation, Homeland Security and Department of State.

"The American promise really exists for them. Their families are free," Akers added.

A resettlement center opened in Amman in February to help meet that goal, and about 600 people are interviewed every day at the center.

The temporary processing center will run until April 28, said U.S. Ambassador Alice Wells, who was at the airport to see the al-Abboud family depart.

Gina Kassem, the regional refugee coordinator at the U.S. Embassy in Amman, said that while the target of 10,000 applies to Syrian refugees living around the world, most will be resettled from Jordan.

"The 10,000 (figure) is a floor and not a ceiling, and it is possible to increase the number," Kassem told reporters.

While the resettlement process usually takes 18 to 24 months, the surge operation will reduce the time to three months, Kassem said.

The U.N. Refugee Agency prioritizes the most vulnerable cases for resettlement, and refers them to the U.S. to review, Kassem said. The priority is given to high-risk groups such as unaccompanied minors and victims of torture and gender-based violence, she said.

"We do not have exclusions or look for families with certain education background, language skills or other socio-economic factors, and we do not cut family sizes," she said.

Jordan hosts about 635,000 of the more than 4.7 million Syrians who have registered with the U.N. refugee agency after fleeing the war. The total number of Syrians in Jordan is more than 1.2 million, including those who arrived before the conflict began in 2011.