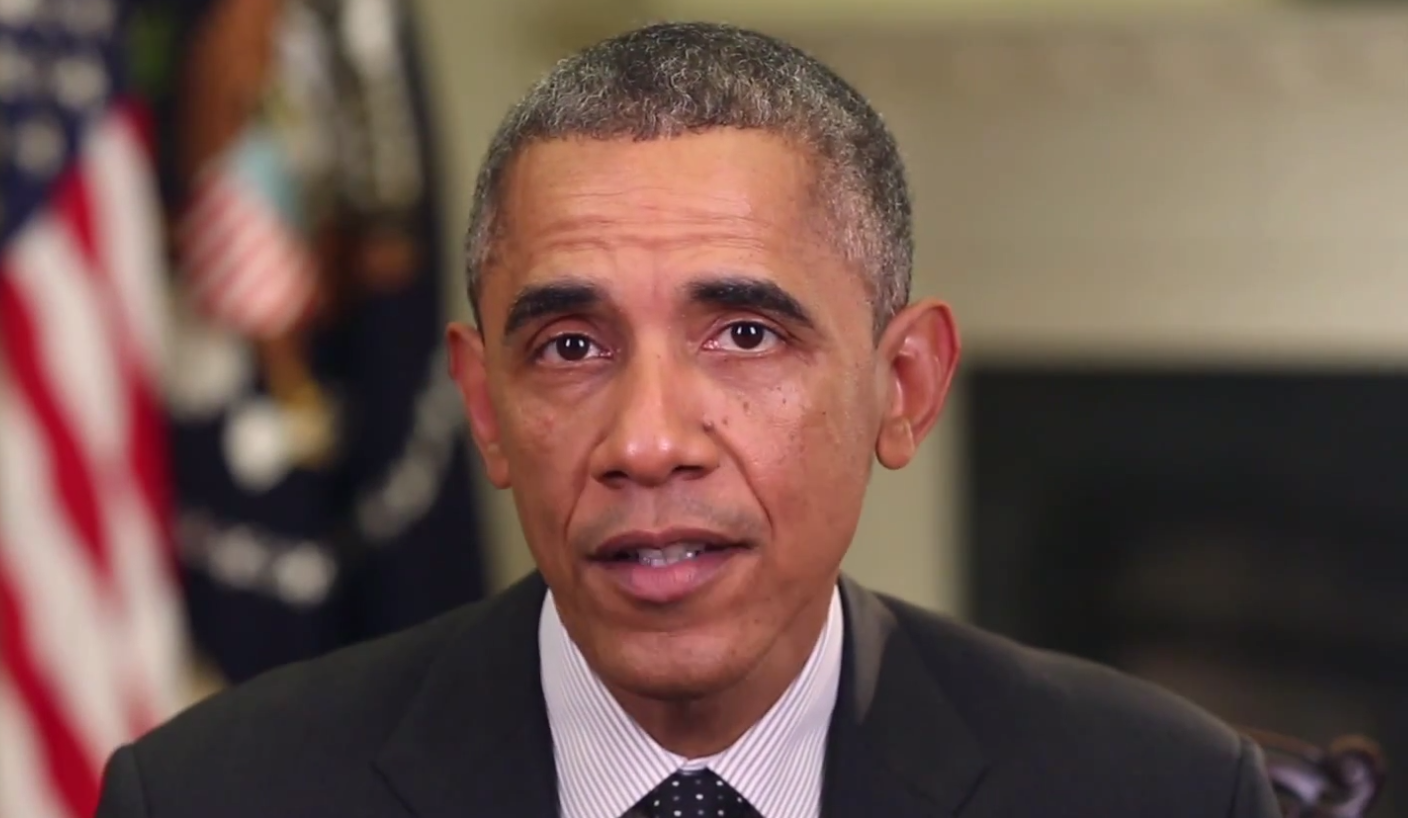 Obamacare's 2015 open enrollment period began on Saturday, and President Obama urged Americans to visit HealthCare.gov to check their insurance options and "spread the word" by urging their friends and neighbors to do the same.

"Let them know that it's easy, it's affordable, and that they have just three months, starting today, November 15th, to sign up," he said in his weekly address on Saturday.

It's the second year consumers have been able to enroll for insurance coverage through the federal portal, HealthCare.gov, or one of the state-based websites. Last year's registration process was in disarray when open enrollment began in October, with the federal website and many of the state-based exchanges plagued by technological problems that left millions of consumers initially unable to sign up for insurance.

After a quick salvage effort by the administration, participation in the program surged, and over 7 million consumers signed up for private insurance under the law by the time open enrollment ended in March.

"On average, they're paying just $82 a month for coverage," the president said. "For a lot of people, that's less than a cell phone bill or a cable bill. Insurance companies can no longer deny you coverage just because you have a preexisting condition, and they now have to cover free preventive care like checkups and mammograms."

This year, the president promised HealthCare.gov will be "faster and easier to use."

"Most consumers who come back to HealthCare.gov to renew their coverage will find about 90 percent of their application is pre-populated, based on answers from last year," she explained. "Consumers who are renewing coverage, as well as consumers shopping for coverage for the first time, will have 25 percent more options to choose from on average. That means consumers can shop and find a more affordable plan that better meets their needs. And we've added 1,000 representatives to our 24-hour call center to answer questions and help consumers get and stay covered."

Burwell announced Saturday that over 23,000 people had already completed applications on HealthCare.gov in just the first eight hours of the open enrollment period. She also noted that 1.2 million people had browsed their coverage options using the website's new window shopping tool since Sunday evening.

Though early indications pointed to a far smoother experience for most consumers compared with last year, there were a few isolated hiccups. The health plan finder on the website for the Washington state exchange was taken offline Saturday after officials discovered it was incorrectly calculating the tax credits applicants would receive. The exchange's CEO said officials were working to "identify the solution and hope to have the site back up as soon as possible."

In his address, the president said even those consumers who enrolled last year should look into new coverage options that may be available to them this year.

"You might be able to save more money, or find a plan that fits your family's needs even better than the one you've got now," he said.

And for those who haven't signed up for insurance, Mr. Obama added, "this is your chance."

"Odds are, you'll qualify for tax credits to help you afford it," he said. "But this window won't stay open forever. You only have three months to shop for plans, so it's worth starting right away. And it might make a big difference for your family's bottom line."

The president cited the story of Amy Williams, a self-employed Georgia resident whose family shelled out $1,200 per month for health insurance before the health care law was passed.

When they checked their coverage options under Obamacare, "they found a plan with coverage they liked, and it was way less expensive," the president said. "She says that they've saved $13,000 on their premiums this year alone."

That experience wasn't an outlier, the president said. "In part because this law is working, health care prices have grown at their slowest rate in nearly 50 years," he noted. "And this year, insurance premiums for families who are covered through an employer grew at a rate tied for the lowest on record."

Republicans, for their part, remain as strongly opposed to the law as they ever were. The GOP-led House has voted over 40 times to repeal or alter the Affordable Care Act since it was passed. And after midterm elections that saw Republicans seize at least eight seats to claim the majority in the Senate, GOP leaders are promising more attempts to undermine the law in the next Congress.

Critics of Obamacare were given some new ammunition this week with the unearthing of a 2013 video showing Jonathan Gruber, an MIT economist who helped build the law, crediting a lack of transparency and the "stupidity of the American voter" for its passage.

In another video, recorded in 2011, Gruber recalled how the law's authors deceptively labeled a new tax on expensive insurance plans scheduled to go into effect in 2018.

Gruber has since walked back his comments, saying he was only speaking off the cuff, and the administration, which once paid Gruber $400,000 to consult on the law, has distanced itself from his remarks.

But as far as Republicans are concerned, Gruber's only crime was speaking too candidly.

"We've now come to learn that one of Obamacare's architects said the law passed because Americans were 'too stupid to know' what was happening," said Rep. Brad Wenstrup, R-Ohio, in the weekly GOP address on Saturday. "This is the same arrogance we've seen time and time again from this administration and its allies. This is insulting to all of us."

Rep. Darrell Issa, R-California, who chairs the House Oversight Committee, has said he wants to bring Gruber before the committee to explain himself.

Issa said his staff is reaching out to Gruber, but when CBS News congressional correspondent Nancy Cordes asked the congressman whether Gruber is being responsive, Issa responded, "What do you think?"