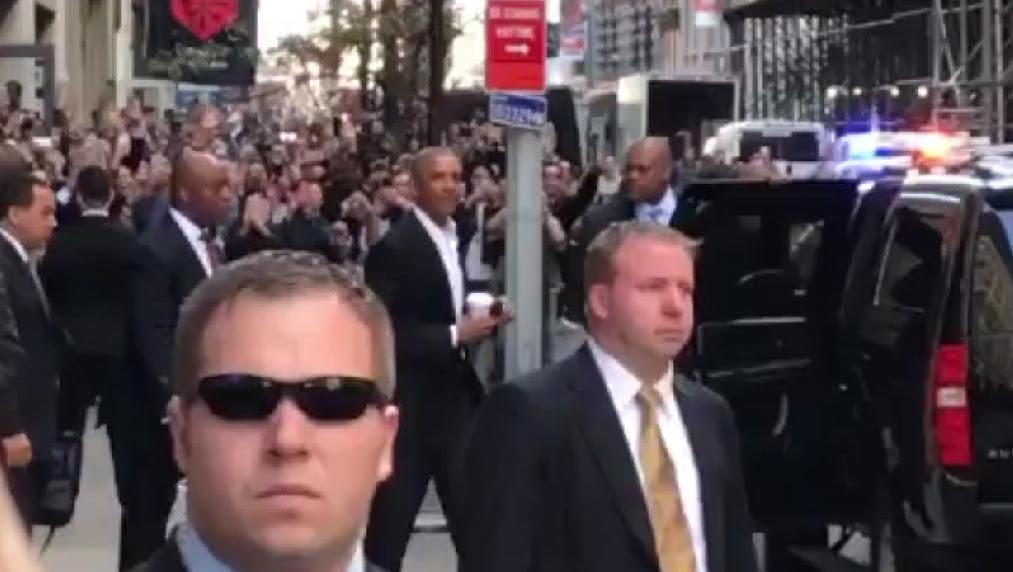 NEW YORK -- New Yorkers are supposed to be cool when a celebrity in their midst, but Manhattan had no chill Friday when former President Obama was spotted outside a downtown Starbucks.

Mr. Obama, whose most recent headlines have been about kitesurfing with Richard Branson, was spotted leaving 160 5th Ave. Friday around noon, with a cup of coffee in his hand.

Allan Smith of Business Insider captured video of Mr. Obama walking from the building to an SUV. Twitter users, meanwhile, captured some of the mania outside.

Mr. Obama has long been popular in New York City, where he trounced Mitt Romney 81 percent to 18 percent in 2012 (Romney tied Mr. Obama in the district where President Trump and Trump Tower is located), according to The New York Times. And despite being Mr. Trump’s hometown – and the current home of First Lady Melania Trump and their 10-year-old son Barron Trump – New York City voted solidly for Hillary Clinton in November.

On Thursday night, Mr. Obama was spotted at Emilio’s Ballato in SoHo, with his daughter Malia, according to the Instagram page of the restaurant.

The reasons for Mr. Obama’s visit are not yet known.