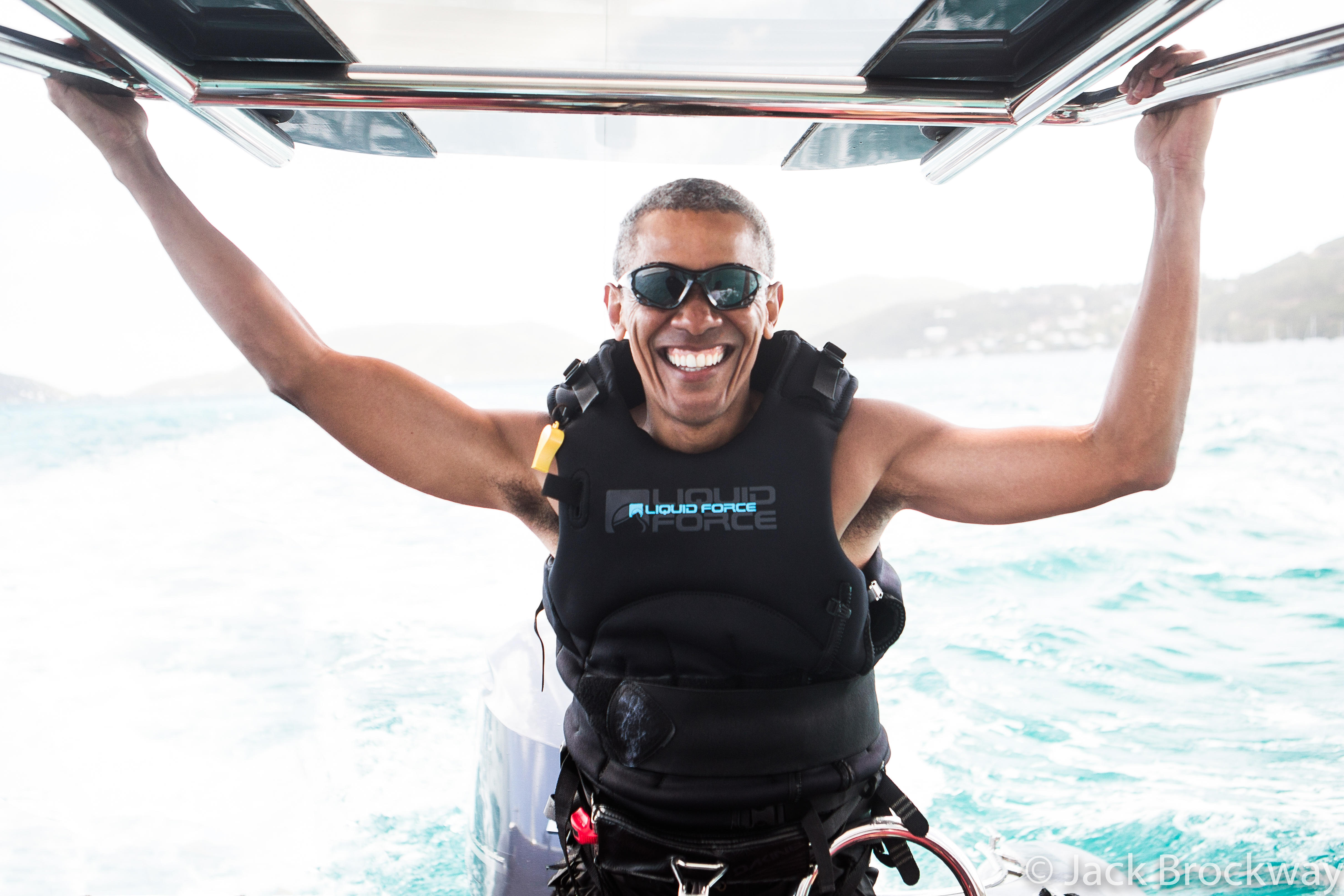 Golf was not the only activity President Obama partook in during his post-White House vacation, but he also spent his free time kitesurfing and foilboarding in the British Virgin Islands with billionaire entrepreneur Sir Richard Branson.

Virgin, the company Branson founded, released images and a video of Obama kitesurfing with him on Tuesday.

“One of the first stories Barack told me when he and Michelle arrived on Moskito Island was how, just before he became President, he had been surfing on a dangerous break in Hawaii,” Branson wrote in a blog post on Virgin’s website. “When he came in from an exhilarating session, the new head of his security team turned to him and said: “This will be the last time you surf for eight years.” For the next eight years he didn’t have the chance to surf, enjoy watersports or do many of the things he loved.”

“So it was tremendous to offer him the chance to learn to kitesurf. The sport has really taken off in the past decade and we have the perfect conditions and team to help anyone learn,” Branson said. “I have also wanted to learn foilboard surfing. So we decided to set up a friendly challenge: could Barack learn to kitesurf before I learned to foilboard? We agreed to have a final day battle to see who could stay up the longest.”

Branson said the former president learned the basics of kitesurfing for two days before trying it out in the water.

“Finally, he put the board at his feet and gave it a go. Being the former president of America, there was lots of security around, but Barack was able to really relax and get into it,” Branson said.

The former first family also spent part of their vacation following President Trump’s inauguration in Palm Springs, California. They are expected to live in Washington, D.C. until at least Sasha graduates from high school.