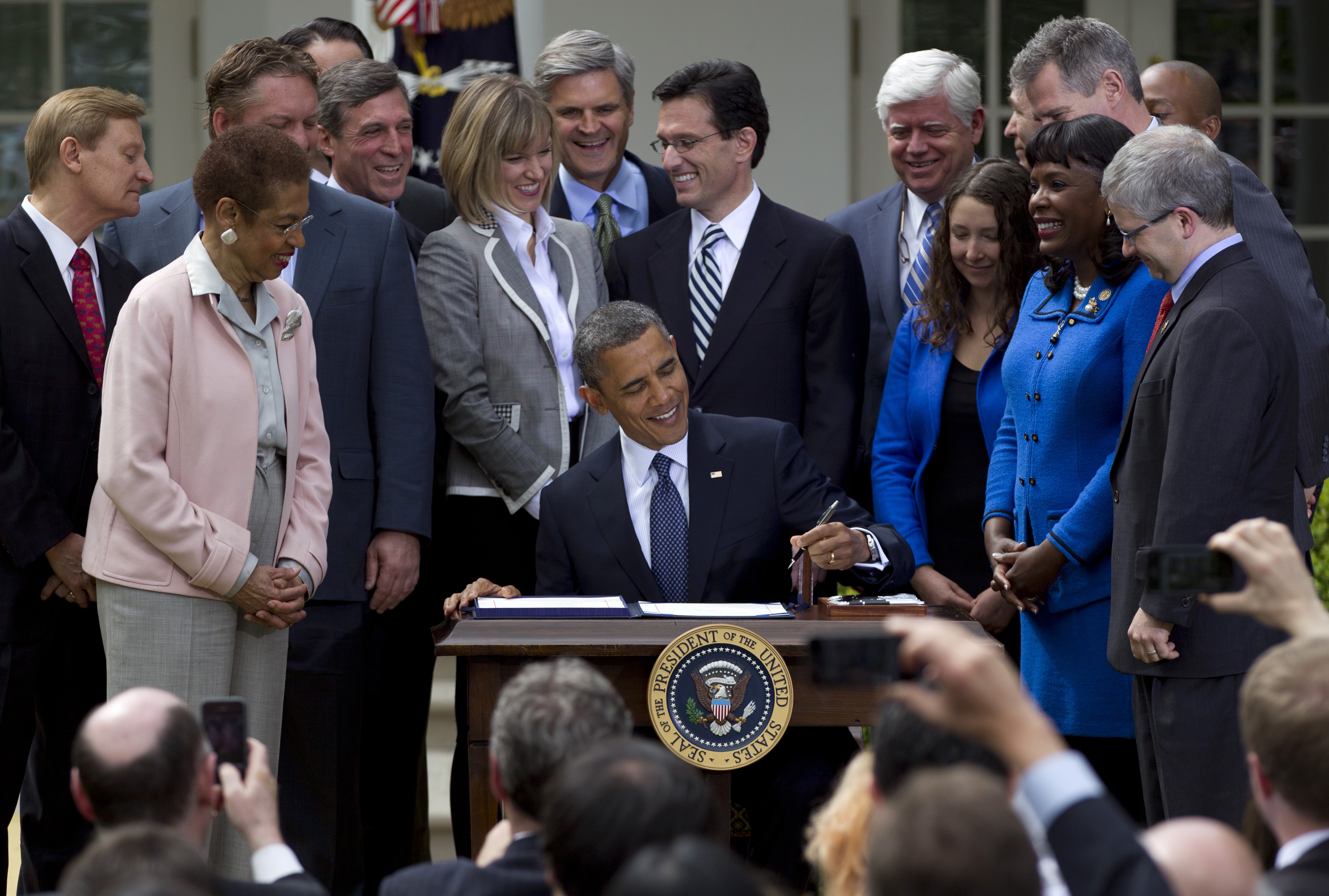 (CBS News) President Obama signed the bipartisan "JOBS Act" into law on Thursday afternoon, saying it will "remove barriers" for small businesses and will lead to job creation.


"New businesses account for almost every new job created in America," the president said during a signing ceremony in the Rose Garden of the White House on Thursday. "That's why I pushed for this bill."

The "JOBS Act" (Jumpstart Our Business Startups Act) removes restrictions for small business and startups to receive broader access to capital and investors.

It's "for business owners who want to take their company to the next level," Mr. Obama said, adding that it's "a potential game-changer" for startups.

"By increasing access to capital and reducing onerous regulations, entrepreneurs and small business owners will have more ability to take risks, grow and create jobs," Cantor said in a statement.

The law enables "crowdfunding," which broadens the potential pool of investors, and it increases the amount the entrepreneur can initially raise. It also eases the ability of a small company to go public and allows entrepreneurs to advertise to the general public to gain investors.

However, the measure does have critics, including from organized labor groups. AFL-CIO President Richard Trumka said the bill will result in fraud and destabilization of the U.S. economy.

It "will do nothing to create good jobs and stabilize the U.S. economy," Trumka wrote in a statement after the bill passed Congress last week. "Instead, it will deregulate Wall Street - voiding investor protections put in place after Enron and the 2008 financial crisis to protect the retirement savings of America's workers from fraud and other risks."

During his signing remarks, the president attempted to address those concerns by calling on Congress to adequately fund the Securities and Exchange Commission to oversee the new activity.

The president said the activity is "subject to rigorous oversight" and the "SEC will play a vigorous role."