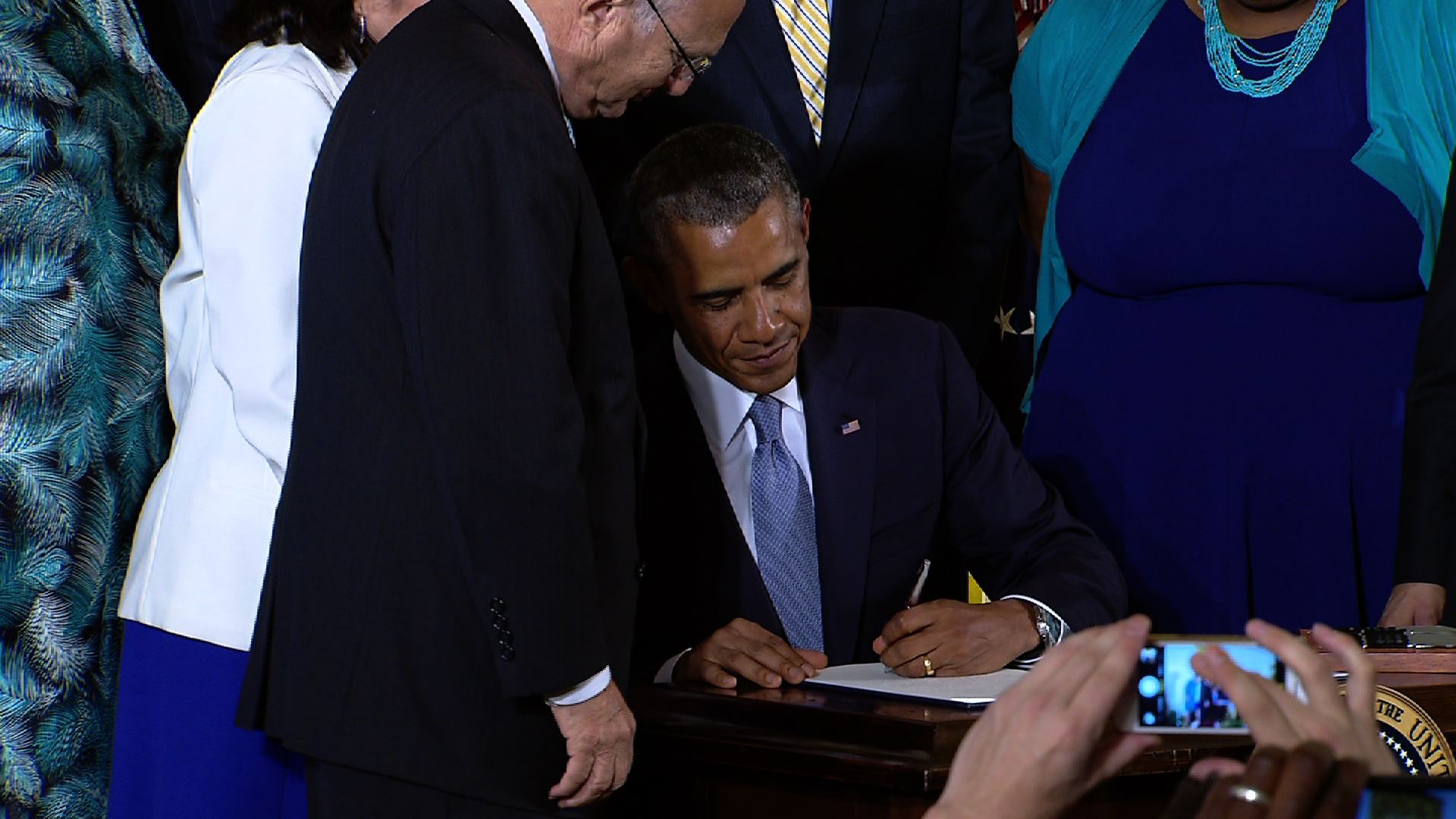 President Obama signed an executive order Monday protecting gay and transgender federal contractors from discrimination, the latest in his effort to act on Democratic-supported issues he says are being ignored by the Republican-led House.

"It doesn't make much sense, but today in America millions of our fellow citizens wake up and go to work with the awareness that they could lose their job, not because of anything they do or fail to do but because of who they are," the president told a crowd of supporters gathered in the White House. "America's federal contracts should not subsidize discrimination against the American people."

The executive order, which the White House announced last month, impacts an estimated 28 million workers, or one-fifth of the U.S. workforce, and does not include an exemption for religious organizations that had been sought by some faith and conservative groups.

As part of his "pen and phone" effort to take matters into his own hands, Mr. Obama already this year he has raised the minimum wage for federal contractors to $10.10 an hour, changed the overtime pay rules for low-wage workers, and implemented measures the White House says will reduce pay disparity by gender at the federal level.

Only 18 states and the District of Columbia have passed laws that explicitly protect lesbian, gay, bisexual and transgender (LGBT) workers from being fired based on their sexual orientation or gender identity. The White House cities studies and surveys to argue that more than four in ten people who identify as gay, lesbian or bisexual have experienced employment discrimination, and 90 percent of people who are transgender have experienced harassment, mistreatment or discrimination at work.

Another 1969 order from President Richard Nixon prohibited discrimination against federal workers based on race, religion, gender, nationality, age or disability. President Clinton added sexual orientation during his two terms in office, and Mr. Obama adds gender identity to the list. That change will take effect immediately.

Mr. Obama leaves in place an amendment to the 1965 executive order by former President George W. Bush in 2002 that allow religious groups to use religion as a factor in hiring and firing. But he will not grant a religious exemption to the new rule despite lobbying from religious organizations and conservative groups to do so.

The LGBT community has long sought more aggressive action from the president on issues of discrimination, following on his 2008 campaign pledge to sign an executive order protecting federal workers. Until now, he had pushed for a legislative solution in the form of the Senate's Employment Non-Discrimination Act, which passed last November but has languished in the House.

While Mr. Obama praised the crowd for their hard work and passionate advocacy on the issue, he said there is still work to be done.

"I'm going to do what I can with the authority I have to act. The rest of you of course need to keep putting pressure on Congress to pass federal legislation that resolves this problem once and for all," he said.