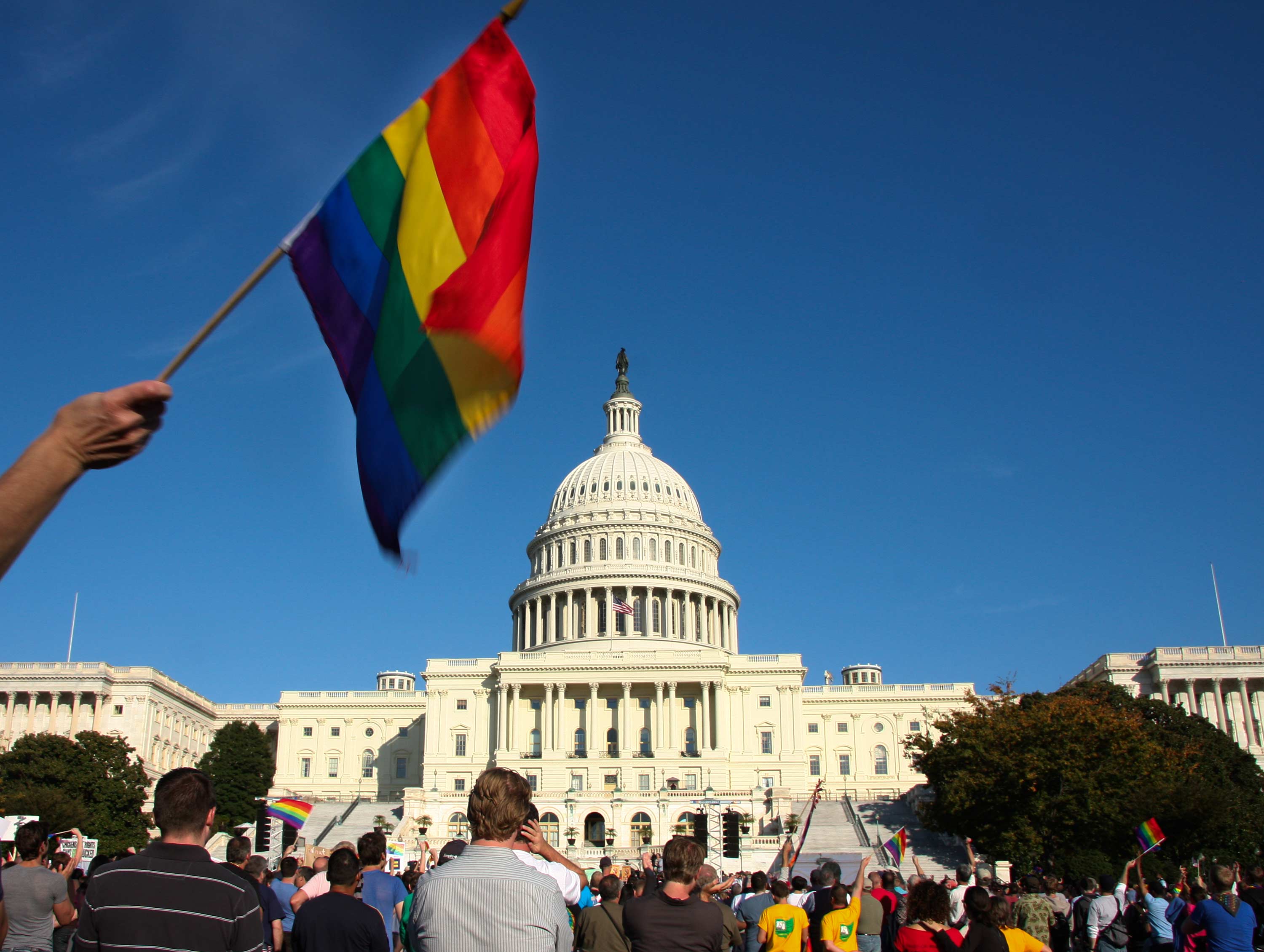 With strong bipartisan support, the Senate on Thursday passed the Employment Non-Discrimination Act (ENDA), a bill that would prohibit discrimination in the workplace on the basis of sexual orientation or gender identity.

The final vote was 64 to 32, with 10 Republicans joining Democrats in support of the measure.

"What we've seen on the Senate floor today... is such a restatement of basic American values of freedom, of fairness, and of opportunity," Sen. Tammy Baldwin, D-Wis. -- the only openly gay member of the Senate -- said before the final vote.

While the Democratic-led Senate and gay rights supporters billed the moment as historic, the legislation's prospects in the Republican-led House currently appear dim. House Speaker John Boehner, R-Ohio, opposes the legislation and has no plans to put it up for a vote.

Senate Democrats on Thursday challenged Boehner to put the bill up for a vote, predicting that it would pass in the House with bipartisan support. Boehner's concern about lawsuits is "easily disproved" in the 21 states that already bar discrimination on the basis of sexual orientation, Sen. Jeff Merkley, D-Ore., said. And the law is necessary, he added, to extend the ban to the 29 states where such discrimination is still legal.

Gay rights advocates have said that should the bill die in the House, President Obama to take executive actions to protect gays and lesbians in the workplace. However, the White House has said it prefers the matter to be handled legislatively (even though Mr. Obama promised in 2008 that he would sign an executive order banning sexual orientation and gender identity discrimination by federal contractors).

The White House on Thursday commended the Senate for the vote and urged the House to pass the bill.

"To oppose this kind of legislation is to announce that you want to be left behind by history," White House spokesman Jay Carney said. "The necessity of making sure that every American has equal rights is fundamental to our history and to who we are, and that's what this legislation represents."

In a statement after the vote, Mr. Obama said, "One party in one house of Congress should not stand in the way of millions of Americans who want to go to work each day and simply be judged by the job they do. Now is the time to end this kind of discrimination in the workplace, not enable it."

Senate Majority Leader Harry Reid, D-Nev., declined to say on Thursday whether he would press the president to act unilaterally. He did say, however, that House Republicans "better come to realize... there's more than one way to skin a cat."

Some conservatives have said they oppose the bill because its religious freedom exemptions are not strong enough, though it does exempt religious institutions. The Senate earlier Thursday voted down an amendment offered by Sen. Pat Toomey, R-Pa., that would have expanded which groups were exempted.

In spite of the opposition from House leadership, there are paths the bill could take to pass in the Republican-led chamber. In one sign of hope, ENDA supporters point to the Violence Against Women Act, which stalled in the House for months because of conservative concerns. However, Democrats and the bill's backers kept the pressure on Republicans, and ultimately the bill passed in the House with bipartisan support. Alternatively, ENDA could pass like the hate crimes legislation that passed in 2009, which was attached to a must-pass defense spending bill.