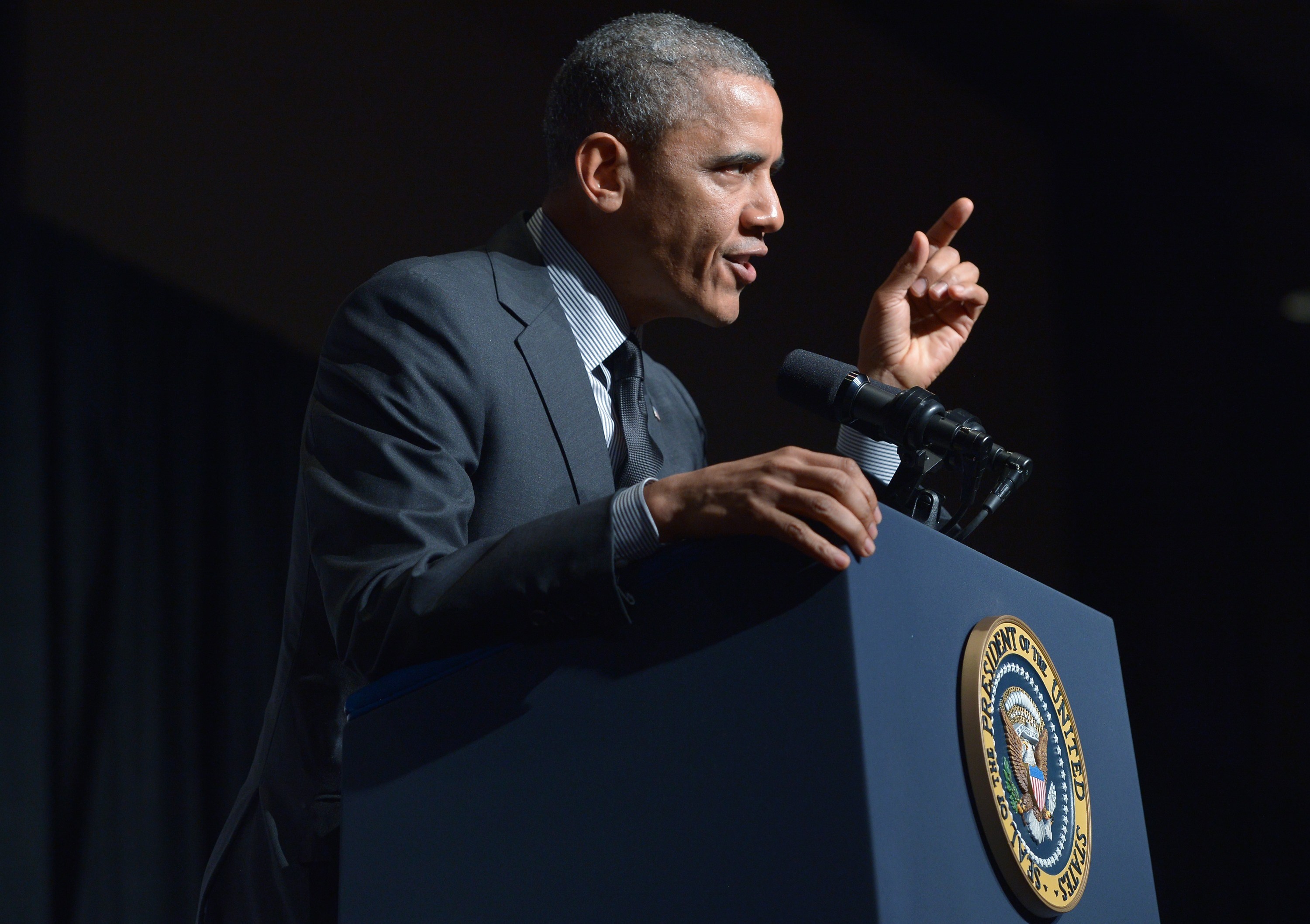 PITTSBURGH, Pa. -- The lengthy debate last week over President Obama's selective statistical emphasis when discussing the pay gap between working men and women drew many reactions. They are likely to be far different than the reaction Obama will receive here Wednesday upon rolling out the first endeavor of Vice President Joe Biden's task force on revamping worker training (more on that later).

Of the pay-gap rap, Ruth Marcus of the Washington Post found parts "revolting." Marcus was closer than she knew. Not with the adjective but the root noun.

The White House saw the contentious wrangling over the dimensions of the gender pay gap nationally -- even the gnawing over male/female pay disparities at 1600 Pennsylvania Ave -- as a gift. A gift the White House wrapped for itself.

Allow me to explain. The questioning of Obama's use of a Census Bureau statistic that the median wages of working women in America are 77 percent of median wages earned by men lasted almost all week. The story revved into mini-overdrive when the White House defensively swatted away criticism that salaries on Obama's watch--for which the American Enterprise Institute used the same median wages metric applied by the Census Bureau--showed that women in the president's employ earned 88 cents for every dollar earned by men.

All to the delight of a White House desperate to inject the issue into the political bloodstream and amplify otherwise doomed Senate Democratic efforts to make it easier for women to sue and win damages for workplace pay differences. The controversy that played out on front pages, social media, TV, and radio did just that.

This is the White House theory of "Stray Voltage." It is the brainchild of former White House Senior Adviser David Plouffe, whose methods loom large long after his departure. The theory goes like this: Controversy sparks attention, attention provokes conversation, and conversation embeds previously unknown or marginalized ideas in the public consciousness. This happens, Plouffe theorizes, even when--and sometimes especially when--the White House appears defensive, besieged, or off-guard. I first discovered and wrote about this in July of 2012.

A top White House adviser told me last week's pay gap dust up was a "perfect" example of stray voltage. This time it was premeditated.

Soon after this year's State of the Union address, where Obama highlighted the pay-gap issue, Lesley Clark, a reporter with McClatchy News Service, first zeroed in on the White House's own pay gap. Clark used public data on White House salaries to determine that women earned 91 cents for every dollar men earned, using the same formula in the Census Bureau median wage estimate cited by Obama. That difference, Clark reported, amounted to an average pay of $76,516 for White House women compared with $84,082 for men.

The story, sadly, gained little traction. But the White House saw it coming and discussed ways to cope with the pay gap and debated altering Obama's statistics when raising the pay-gap issue in the future--as it knew he would. The decision was made to stick with the same 77 cents-on-the-dollar pay-gap figure, even though it was imprecise and invited unfavorable comparisons with the White House wage scale.

As a theory, "stray voltage" exists in a kind of strategic void. It can't be dismissed or embraced as workable because creating controversy for the sake of controversy is, well, achievable. Like getting soup from the White House mess. It's also self-reinforcing and internally didactic. Everyone looks around and says, "See. There's controversy. It's working."

But it's also revealing when the emphasis has shifted to a "pen and phone" strategy that elevates executive action over messy legislative haggling. The pen-and-phone approach has become a low-level White House fetish, with efforts to sidestep Congress and place Obama at the center of the action all-consuming.

That will be on display today in suburban Pittsburgh as Obama and Biden address the slumbering issue of worker retraining. The White House will announce $600 million in grants and competition for federal dollars to increase job-specific worker training after touring Community College of Allegheny County in nearby Oakdale.

New Century Careers, a local nonprofit, links worker training to identified job needs and employers. The concept is to make the job-training process more linear--directly training people for available job openings in manufacturing and related fields. The Labor Department will offer $500 million in grants to community colleges that have put together these types of programs, available in all 50 states. Apprenticeships serve this purpose, and Obama will announce big commitments from the Big Three automakers, John Deere, and other firms to boost apprenticeships and will augment the process with $100 million in federal funds. All of this because Obama and Biden see little hope for reforming existing federal job-training programs--many of them redundant--on Capitol Hill. Too complicated and arduous.

There is one common thread between the pay gap and job training. Congress is a sideshow, and executive action is more compelling. At least as far as Obama is concerned.

The difference is this. The job training announcements today have no chance of sparking controversy nearly as lively as the pay gap. But they might actually do more for the economy, jobs, and wages. In other words, make a difference. Without the stray voltage.