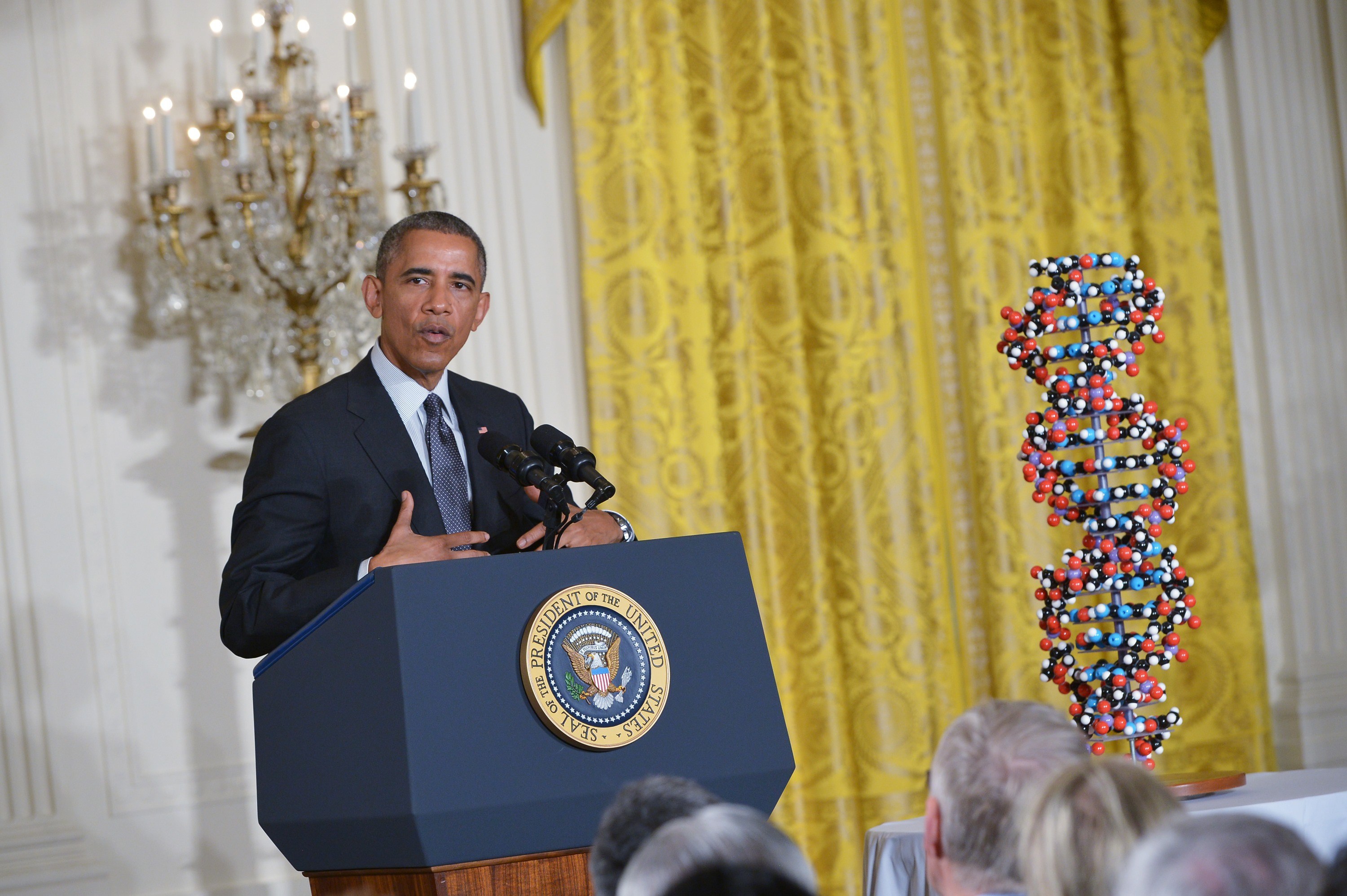 President Obama on Friday rolled out a proposal to invest $215 million this year in an initiative to advance "precision medicine," an approach to disease prevention and treatment that moves beyond a "one-size-fits" all approach.

Precision medicine "gives us one of the greatest opportunities for new medical breakthroughs that we have ever seen," Mr. Obama said from the East Room of the White House.

"Doctors have always recognized that every patient is unique," he continued, noting that doctors that can match a blood transfusion to a blood type.

"What if matching a cancer cure to our genetic code was just as easy?" the president asked. "That's the promise of precision medicine, delivering the right treatments at the right time, every time, to the right person."

Precision medicine takes into account people's genes, environments and lifestyles, giving clinicians tools to better understand the mechanisms underlying certain diseases and conditions -- and which treatments to use. Already, it's used for a small but growing number of patients. For instance, doctors can use genetic testing to determine whether an HIV patient will be helped by a certain antiviral drug.

"What's so exciting is we have the possibility of leading a new era of medicine," Mr. Obama said.

"We shouldn't just celebrate innovation, we have to invest in innovation... and make sure that we're channeling it in ways that are most productive," he continued, noting how the Polio vaccine was distributed widely with the help of Congress.

Mr. Obama said the time is right to invest in precision medicine because of the advances in technology and medicine, as well as the bipartisan political support for it.

"This is how you know the moment is right, is there's bipartisan support for the idea here in Washington," he said.

Specifically, Mr. Obama's budget will include a proposal to give the National Institutes of Health (NIH) $130 million for the development of a voluntary national research cohort of at least a million volunteers. The proposal would give $70 million to the National Cancer Institute (part of NIH) to scale up efforts to identify genomic drivers in cancer. Another $10 million would go to the Food and Drug Administration to develop high-quality databases for the reach, while the Office of the National Coordinator for Health Information Technology would get $5 million to develop privacy and security standards for the research.