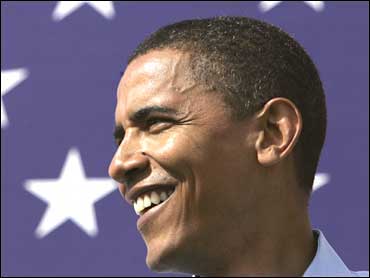 On the day he formally stepped down as Illinois' junior senator, President-elect Barack Obama released an open letter to state residents, saying they had taught him lessons he would draw on during his presidency.

Obama, whose resignation after nearly four years in the Senate was a formality in the wake of his Nov. 4 election victory, thanked Illinois residents in a nostalgic letter published in Sunday newspapers throughout the state.

"I will never forget, and will forever be grateful, to the men and women of this great state who made my life in public service possible," Obama wrote.

The education he received in Illinois, he added, has prepared him for the White House job he'll have beginning Jan. 20.

That schooling began on the South Side of Chicago, where Obama said he saw how factory workers lost hope when their way of life vanished with the closing of steel mills. Obama said he struggled to try and bring neighborhoods back - one block at a time.

"In the process I received the best education I ever had," he said.

Obama said the experience led him to organize a voter registration project, become an attorney and run for the Illinois state senate.

In Springfield, Obama said, he saw farmers, teachers, businessmen and laborers from urban and rural communities fight to get a seat at the same table.

"It was there that I learned to disagree without being disagreeable; to seek compromise while holding fast to those principles that can never be compromised; and to always assume the best in people instead of the worst," he wrote.

Obama said he saw then how the state's residents were both diverse and unified, and how they met problems with a spirit of strength and courage. That spirit made Obama believe America can overcome its many problems, he wrote.

Obama closed by quoting words spoken by the last president from Illinois nearly 150 years ago. Abraham Lincoln said he owed everything to the people of the state.

"Today, I feel the same, and like Lincoln, I ask for your support, your prayers, and for us to 'confidently hope that all will yet be well,"' Obama wrote.