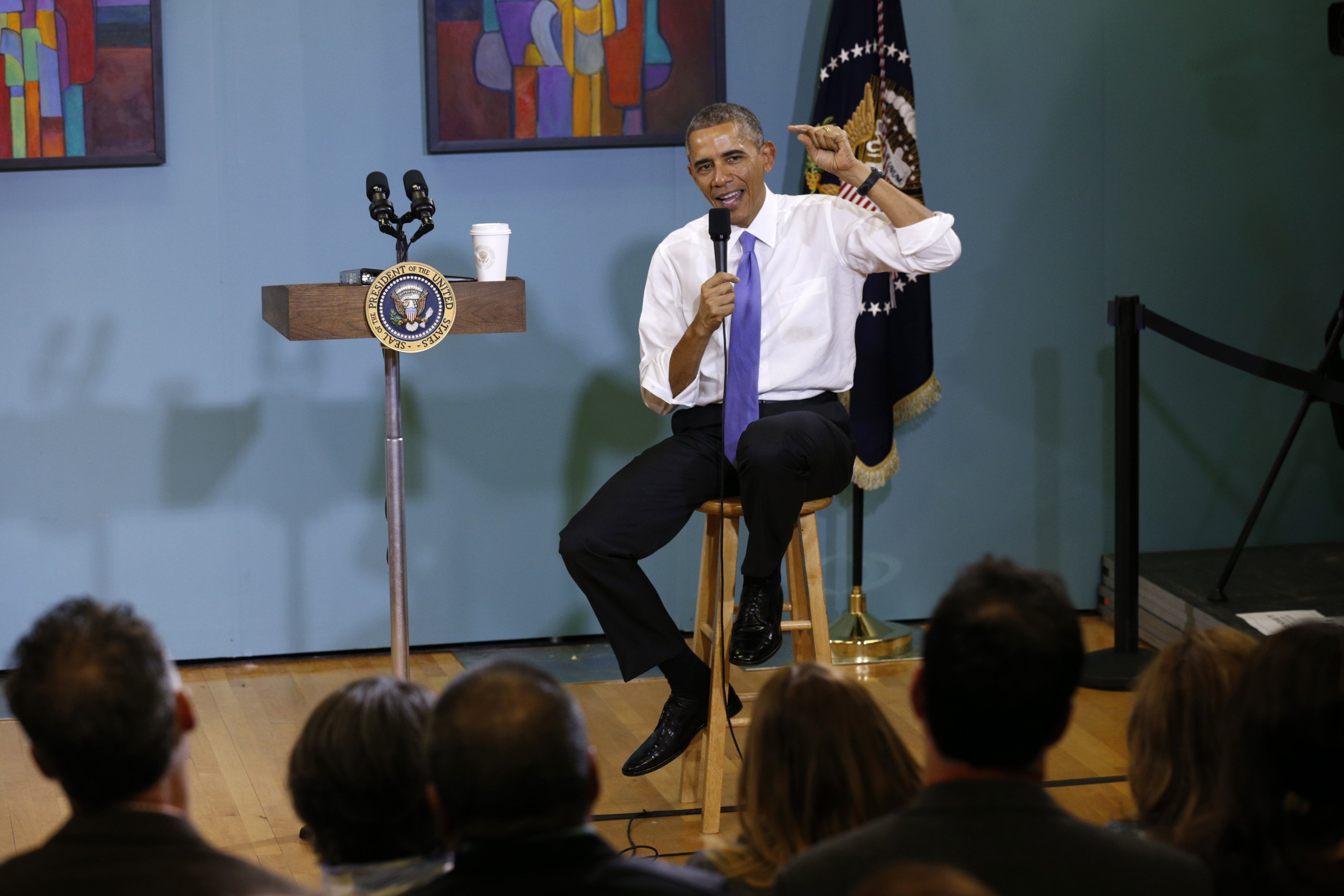 Speaking a community center in Nashville, Tennesse, Tuesday, President Obama sought to ease the concerns in the undocumented immigrant community that a future president might reverse Mr. Obama's executive actions and deport them, even if they had signed up for protection under those actions.

"It's true that a future administration might try to reverse some of our policies but I'll be honest with you: I think that the American people basically have a good heart and want to treat people fairly," Mr. Obama said, citing surveys that show Americans believe immigrants who are in the U.S. illegally should be allowed to stay once they undergo a background check, register with the government, and pay a fine.

"I think any future administration that tried to punish people for doing the right thing, I think would not have the support of the American people," the president said in response to a young woman who said that many in the community are concerned they would be "first in line for deportation" if they registered with the government.

He spoke at Casa Azafran, a community center that is home to a number of nonprofits that do work related to the immigrant community.

Last month, the president signed an executive order that will grant a reprieve from deportation to about 4 million immigrants in the U.S. illegally and allow them to apply for a three-year work permit if they can pass a background check, register with the government, submit biometric data, and establish they are eligible for relief.

The president has touted his actions as a form of accountability for those who do not have permission to be in the U.S., but said it would be hard work by local agencies, municipalities, churches and community to sign up a lot of people for the program.

"We've got to give people confidence that they can go ahead and register," he said, and said it was also important for people to know that they don't need to hire a lawyer to go through the process.

He also acknowledged that a future president would face an uphill political battle if they tried to reverse the executive order.

"The American people are actually fair-minded and want to reward rather than punish people who do the right thing, and if you register I'm confident that that's going to be something that allows you to then get on a path to being here in this country with your children and watching them grow up and making a life for yourself as you already have," he said. "It's true that theoretically a future administration could do something that I think would be very damaging. It's not likely, politically, they reverse everything that we've done."

Still, he urged Congress once again to pass a comprehensive immigration reform bill in order to make broader and permanent improvements to the immigration system.

Republicans have reacted angrily to the president's decision, and the House formally voted last week to block his immigration executive action. The bill is expected to die in the Democrat-controlled Senate, and if it comes up again when Republicans take control of the Senate in fall, the president has threatened to veto it.

The president also noted it can be difficult to get Republicans to work with him on immigration, because "I'm pretty sure they think I'm an illegal immigrant."

After a pause and some laughter, he added, "that was a joke."