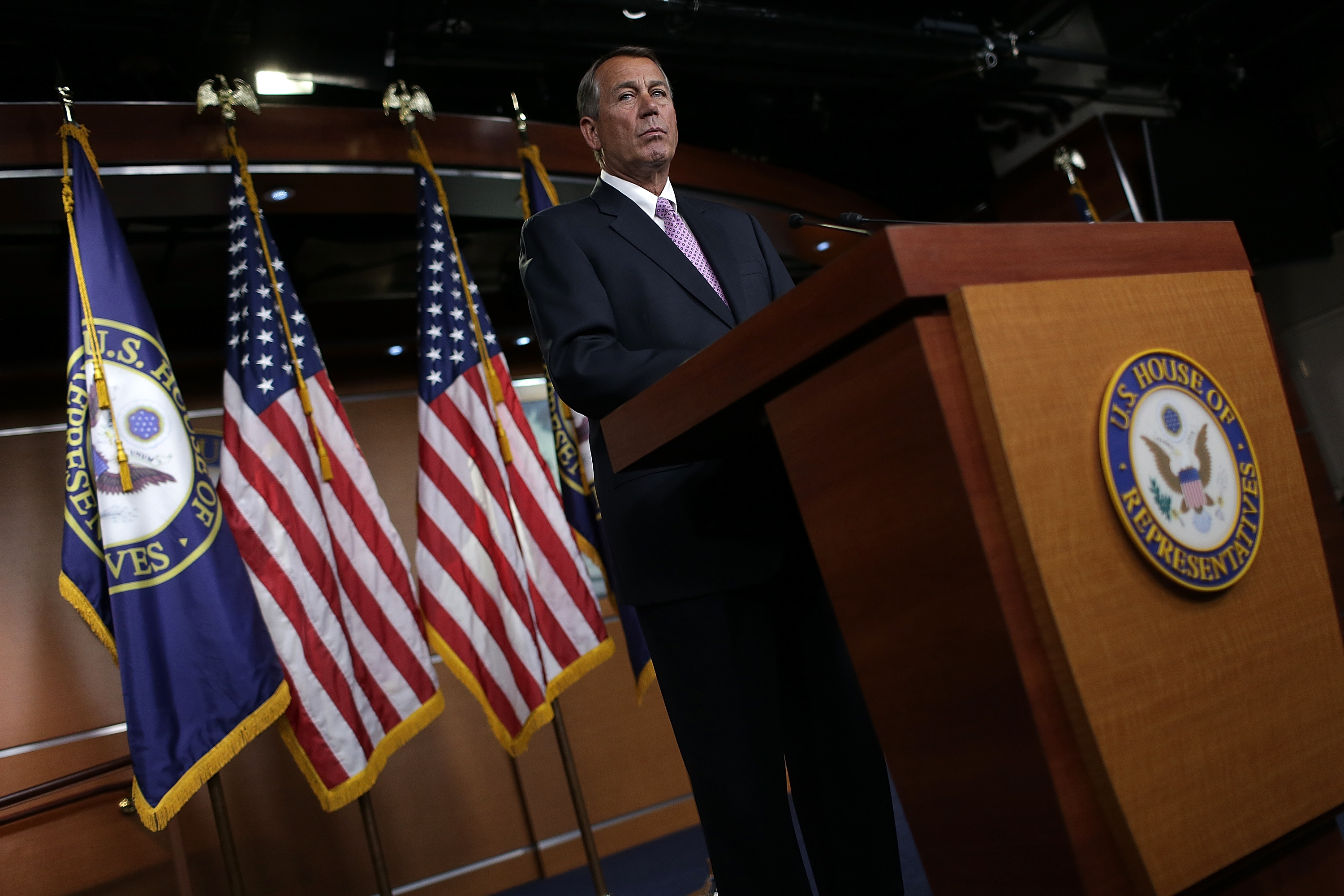 The House voted Thursday to block President Obama's executive actions to shield millions of undocumented immigrants from deportation in a largely symbolic bill that stands no chance of seeing a vote in the Democratic controlled Senate.

The "Executive Amnesty Prevention Act of 2014," authored by Rep. Ted Yoho, R-Florida, passed on a party-line vote of 219 to 197, with just three Democrats joining Republicans. Seven Republicans voted no.

The text of the legislation is short, stating that no provision in the Constitution, Immigration and Nationality Act or other federal laws may be interpreted as allowing the executive branch of government to exempt anyone from deportation.

The administration has argued that the president has broad authority in setting priorities when the executive branch enforces the law. Homeland Security Secretary Jeh Johnson told a House panel earlier this week that he believed the President Obama's actions are "well within our existing legal authority."

Republicans have disagreed, arguing that president went well beyond his abilities, and House Speaker John Boehner has pledged to fight the president "tooth and nail" to undo the executive order.

Yoho's bill was the first step in that fight.

"We think this is the most practical way to fight the president's action, and frankly we listen to our members, and we listen to some members who are frankly griping the most. This was their idea of how to proceed," Boehner told reporters Thursday.

The Senate, which is still controlled by Democrats for a few more weeks, will almost certainly not take up the bill since much of the leadership backs the president.

The White House issued a veto threat Thursday, saying that the bill "would make the Nation's communities less safe" by trying to restrict the government's ability to conduct national security and criminal background checks on undocumented immigrants, and added that the bill would also hurt the economy by make it more difficult for those immigrants to register and pay taxes. And it said the legislation would have "devastating consequences" for families that would be separated as a result of the Republican bill.

A few top Democrats sought to underscore that point ahead of the vote at a press conference Thursday.

"The Republicans are demanding that we deport hundreds of thousands of young dreamers who know no country but the United States," said House Minority Leader Nancy Pelosi, D-California, who called on Republicans once again to take up the Senate-passed immigration bill.

But Boehner said that Democrats would be displaying "an act of monumental arrogance" if they ignored the bill.

"The House will make clear today that we are rejecting his unilateral actions. And then the United States Senate should take this bill up and pass it. For the outgoing Senate Democrat majority to do anything less would be an act of monumental arrogance. The American people elected us to heed their will, not to bow to the whims of a White House that regards the legislative process established by the constitution as little more than a nuisance," he said.

Yoho's bill was essentially a pressure valve that would allow angry Republicans to express their opposition to the president while preventing a government shutdown when funding runs out on Dec. 11.

Some lawmakers want to block funding for the immigration enforcement agencies as a way to stop them from carrying out the presidents' orders, although shutting down the entire government carries negative political consequences, as the GOP learned last year.

To avoid that, the House is likely to vote next week on a one-year funding bill for most of the government as well as a shorter spending bill to fund DHS for a few months until Republicans control the House and Senate.

Conservatives are not unilaterally pleased with the move. Heritage Action, one of the outside conservative groups, said they would not give lawmakers credit for voting in favor of the Yoho bill because it is "purely symbolic."

Sen. Ted Cruz, R-Texas, one of the more outspoken conservative lawmakers who sometimes weighs in on the House's actions, similarly called it a "show vote."