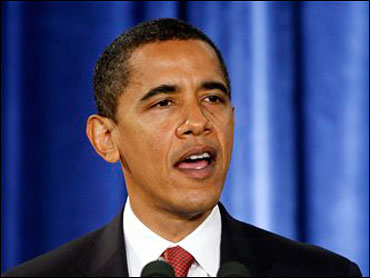 President-elect Barack Obama tapped New York Federal Reserve President Tim Geithner as his treasury secretary on Monday, turning to a veteran of financial crises at home and overseas to lead the rescue of the nation's swooning economy.

At a news conference 57 days before his inauguration, Mr. Obama also chose Lawrence Summers as director of his National Economic Council. Summers was treasury secretary under former President Bill Clinton.

Geithner, 47, is a veteran of financial crises at home and overseas and has worked closely with the Bush administration in recent months.

Mr. Obama also announced two other members of his economic team in the making. He named Christina Romer as chair of his Council of Economic Advisers, and Melody Barnes as director of his White House Domestic Policy Council.

With the economy in crisis, Mr. Obama pledged Monday to honor the commitments the outgoing Bush administration has made to rescue financial markets and urged the new, incoming Congress to pass a major stimulus package "right away" to restore growth and create jobs.

Mr. Obama said that recent news "has made it even more clear that we are facing an economic crisis of historic proportions." Offering a grim prediction, he added, "Most experts now believe that we could lose millions of jobs next year."

"The economy is likely to get worse before it gets better," he said in a downbeat forecast, delivered as Americans head into the year-end holiday season.

He declined to say how big a spending package he wants to revive the economy, but he said, "It's going to be costly." Some Democratic lawmakers are speculating about a two-year measure as large as $700 billion.

"We do not have a minute to waste," he said, citing the turmoil in the financial markets as well as the deterioration of the broader economy.

At the same time, he expressed confidence the nation would weather the crisis "because we've done it before."

The president-elect was mildly critical of the Big Three automakers, saying he was surprised they did not have a better-thought-out plan for their future before asking Congress to approve $25 billion in emergency loans.

He said once he sees a plan, he expects "we're going to be able to shape a rescue."

Mr. Obama stepped to the microphones one day after his aides urged the incoming Democratic-controlled Congress to work with unusual speed in passing an economic stimulus package. Some lawmakers have said a measure in the range of $700 billion over two years may be passed, in hopes of achieving the president-elect's goal of securing 2.5 million jobs.

The plan is likely to far exceed the $175 billion Mr. Obama proposed during the campaign. It would include an infusion of money for infrastructure projects, new environmental technologies and tax cuts for low- and middle-income taxpayers.

The Republican National Committee criticized Mr. Obama over the plan.

"In his first major economic announcement since the election, President-elect Obama proposed billions of dollars in new government spending that will come at a burdensome cost to American families and small businesses," RNC Spokeswoman Amber Wilkerson said in a statement Monday afternoon. "The 'cuts and sacrifices' that President-elect Obama advocates will not be made by his friends in Washington, but rather by job creators facing devastating tax increases across America."

Mr. Obama aides on Sunday called on the new Congress to pass by the Jan. 20 inauguration legislation that meets Mr. Obama's two-year goal of saving or creating 2.5 million jobs. Democratic congressional leaders said they would get to work when Congress convenes Jan. 6 with bigger Democratic majorities in the House and Senate.

With the wounded economy worsening, the Obama team's new assertiveness was a recognition he needed to soothe financial markets with signs of leadership. It also foreshadowed a more hands-on role by Mr. Obama to influence congressional action during the final weeks of the transition.

"This is as big of an economic crisis as we've faced in 75 years," Obama economic adviser Austan Goolsbee said Sunday on Face The Nation.

"We don't have time to waste here," Obama senior adviser David Axelrod said. "We want to hit the ground running on January 20."

Echoing that, the second-ranking House Democrat, Rep. Steny Hoyer of Maryland, said, "We expect to have during the first couple of weeks of January a package for the president's consideration when he takes office."

While Mr. Obama and his team are focused on the work of the new Congress, they also weighed in work pending before the current one.

Axelrod warned automakers seeking billions in government help to stave off collapse to devise a plan to retool and restructure that they can present to Congress next month. Otherwise, he said, "there is very little taxpayers can do to help them."

"Citigroup is too large to fail," Mark Zandi of Moody's Economy.com told CBS News. "It's a large, global financial institution. If it were to fail, it would take the rest of the financial system, what's left of it, with it."

President Bush said on Monday that he consulted with Mr. Obama on the Citigroup rescue. Mr. Bush said there is "close cooperation" between his administration and the Obama camp.

Mr. Bush said earlier in the day that the government's dramatic rescue of Citigroup was necessary to "safeguard the financial system" and help the economy recover, and he said there could be more such moves if other institutions need help.

The emphasis on the economy began Saturday when Mr. Obama outlined the framework to save or create 2.5 million jobs by the end of 2010. The scope of the recovery package is far more ambitious than Obama had spelled out during his presidential campaign, when he proposed $175 billion of spending and tax-cutting stimulus.

The plan will include public works projects similar to the New Deal of Franklin Delano Roosevelt - bridge and road building and school repair, reports CBS News correspondent Dean Reynolds. And a significant element will be creating new jobs in environmentally friendly technologies - the "green economy." It also would include his proposals for tax relief for middle- and lower-income workers.

But there were no plans to balance the tax cuts with an immediate tax increase on the wealthy. During the campaign, Mr. Obama said he would pay for increased tax relief by raising taxes on people making more than $250,000.

"There won't be any tax increases in the January package," said one Obama aide, who spoke on condition of anonymity because the details of the Obama package have not been fleshed out.

House Republican leader John Boehner of Ohio urged Mr. Obama to make that explicit. "Why wouldn't we have the president-elect say, `I am not going to raise taxes on any American in my first two years in office?"'

Some economists have endorsed spending up to $600 billion to revive the economy. Sen. Charles Schumer, D-N.Y., and former labor Secretary Robert Reich, a member of Mr. Obama's economic advisory board, both suggested $500 billion to $700 billion.

"I don't know what the number is going to be, but it's going to be a big number," Goolsbee said. "It has to be. The point is to, kind of, get people back on track and startle the thing into submission."