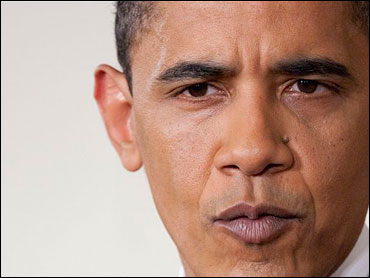 (AP Photo/Ron Edmonds)
It's been a while since President Obama has publicly addressed the topic of race.

Perhaps it's because the once ubiquitous question of "will America elect a black president" has been put to rest. It's also that the economic crisis – and the populist rage associated with things like the AIG bonuses – has come to dominate the public discourse.

That remained the case tonight, as nearly every question centered on the economy. But one questioner, Ann Compton of ABC News, did ask Mr. Obama how his race has affected his presidency so far.

Of course, Mr. Obama still ended up talking about the economy. Here's the exchange:

QUESTION: I am surprised. Could I ask you about race?

QUESTION: Yours is a rather historic presidency. And I'm just wondering whether, in any of the policy debates that you've had within the White House, the issue of race has come up or whether it has in the way you feel you've been perceived by other leaders or by the American people? Or has the last 64 days before a relatively color-blind time?

OBAMA: I -- I think that the last 64 days has been dominated by me trying to figure out how we're going to fix the economy, and that affects black, brown and white.

And, you know, obviously, at the inauguration, I think that there was justifiable pride on the part of the country that we had taken a step to move us beyond some of the searing legacies of racial discrimination in this country, but that lasted about a day.

And -- and, you know, right now, the American people are judging me exactly the way I should be judged. And that is: Are we taking the steps to improve liquidity in the financial markets, create jobs, get businesses to re-open, keep America safe? And that's what I've been spending my time thinking about.