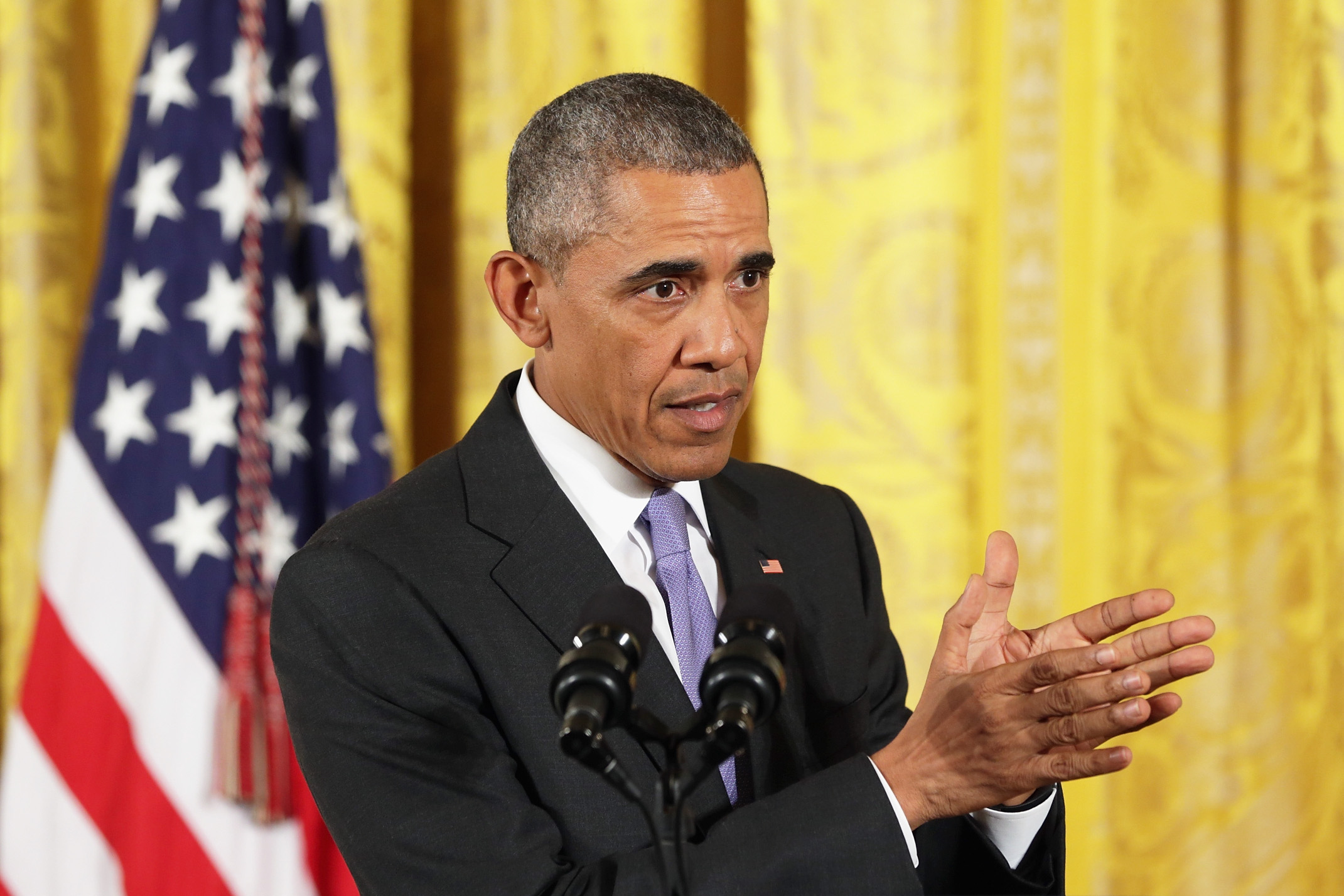 President Obama on Wednesday challenged critics of the agreement with Iran to curb its nuclear program to present a viable alternative.

"This is the most vigorous inspection and verification regime by far that has ever been negotiated," the president declared in a press conference.

"I challenge those who are objecting to this agreement to, Number One, read the agreement," Mr. Obama said, referring specifically to the U.S. Congress. "Explain specifically where they think... it does not prevent Iran from getting a nuclear weapon... and then present an alternative. If the alternative is we should bring Iran to heel through military force, then those critics should say so."

Specifically addressing concerns that Iran could attempt to skirt inspections and develop a covert program, Mr. Obama said "it's possible" Iran could try to cheat. "But if it does, first of all we built in a one-year break out time which gives us a year to respond forcefully," he said. Secondly, the deal includes a provision to "snap back" sanctions against Iran should it violate the agreement, without going through a lengthy process at the United Nations.

If that doesn't appease critics, then "the only argument you can make is that Iran is so intent on obtaining a nuclear weapon that no inspection regime and no verification regime would be sufficient," Mr. Obama said. "If that's your view... what you're really saying is you've got to apply military force."

The president detailed the terms of the inspections that would make it difficult for Iran to develop a covert program. Iran's declared nuclear facilities will be under inspection 24 hours a day, seven days a week. With inspections across the entire production chain, Iran would not be able to easily divert materials to covert facilities, he said. The IAEA will be able to request inspections of suspicious sites, and inspectors will be able to override Iranian objections.

"We don't need Russia or China in order for us to get that override," Mr. Obama added.

"If they continue to object, we're in a position to snap back sanctions and declare that Iran's cheating."

While Iran would have a few weeks to comply, Mr. Obama said, "The nature of nuclear programs and facilities is such this is not something you hide in a closet."

The bottom line, Mr. Obama said, is that the deal "solves one particular problem, which is making sure they don't have a bomb."

Some critics of the deal have pointed out the deal doesn't address Iran's other problematic activities, such as sponsoring groups like Hezbollah. Mr. Obama responded that "it'll be a lot easier for us to check Iran's nefarious activities, to push back against other areas where they operate counter to our interests or our allies' interests, if they don't have a bomb."

That said, he pointed out the agreement is "not contingent on Iran changing its behavior."

"Having resolved on the nuclear issue, we will be in a stronger position... to bring additional pressure to bear on Iran," he continued. But will they change their behavior? "We're not betting on it," he said.

Even so, Mr. Obama said that it "defies logic" to reject the nuclear deal because it does not resolve those issues.

"It makes no sense, and it loses sight of what was our original, Number One priority," he said.

The president also addressed the specific criticism that lifting sanctions against Iran will give it a $100 billion "windfall" that will allow it to further fund terrorist activities.

Mr. Obama acknowledged that he doesn't expect Iran to "just spend it on daycare centers and roads and paying down debt."

However, he said, "We think they have to do some of that because [Iranian President Hassan] Rouhani was elected specifically on improving the economy," and the Iranian economy has "tanked" under the sanctions regime. Moreover, Mr. Obama said the notion that the Iranian government would immediately hand over $100 billion to the Quds force, Iran's shadowy special military unit, "runs counter to the intelligence we've seen and the commitments the Iranian government has made."

While some money may to go supporting groups like Hezbollah, "Is that more important than preventing Iran from getting a nuclear weapon? No," Mr. Obama declared. "Again, this a matter of us making a determination of what is our priority."

CBS News Chief White House correspondent Major Garrett asked Mr. Obama whether he is "content" that four Americans remain detained in Iran, three of them on trumped up charges. Some have criticized Mr. Obama for not insisting on their release as part of the deal.

"The notion that I am 'content' as I celebrate with American citizens languishing in Iranian jails, Major, that's nonsense," Mr. Obama said. "I've met with the families of some of those folks. Nobody's content. And our diplomats and our teams are working diligently to try to get them out."

However, the president said that requesting their release as part of the nuclear negotiations would have set up perverse incentives for Iran.

"Suddenly, Iran realizes you know what? Maybe we can get additional concessions out of the Americans by holding these individuals," he explained. That "makes it much more difficult for us to walk away if Iran somehow thinks that a nuclear deal is dependent in some fashion" on their release.

During the press conference, Mr. Obama also fielded a question about the allegations against Bill Cosby. Without commenting specifically on that case, Mr. Obama did say that a "civilized country" doesn't tolerate rape.