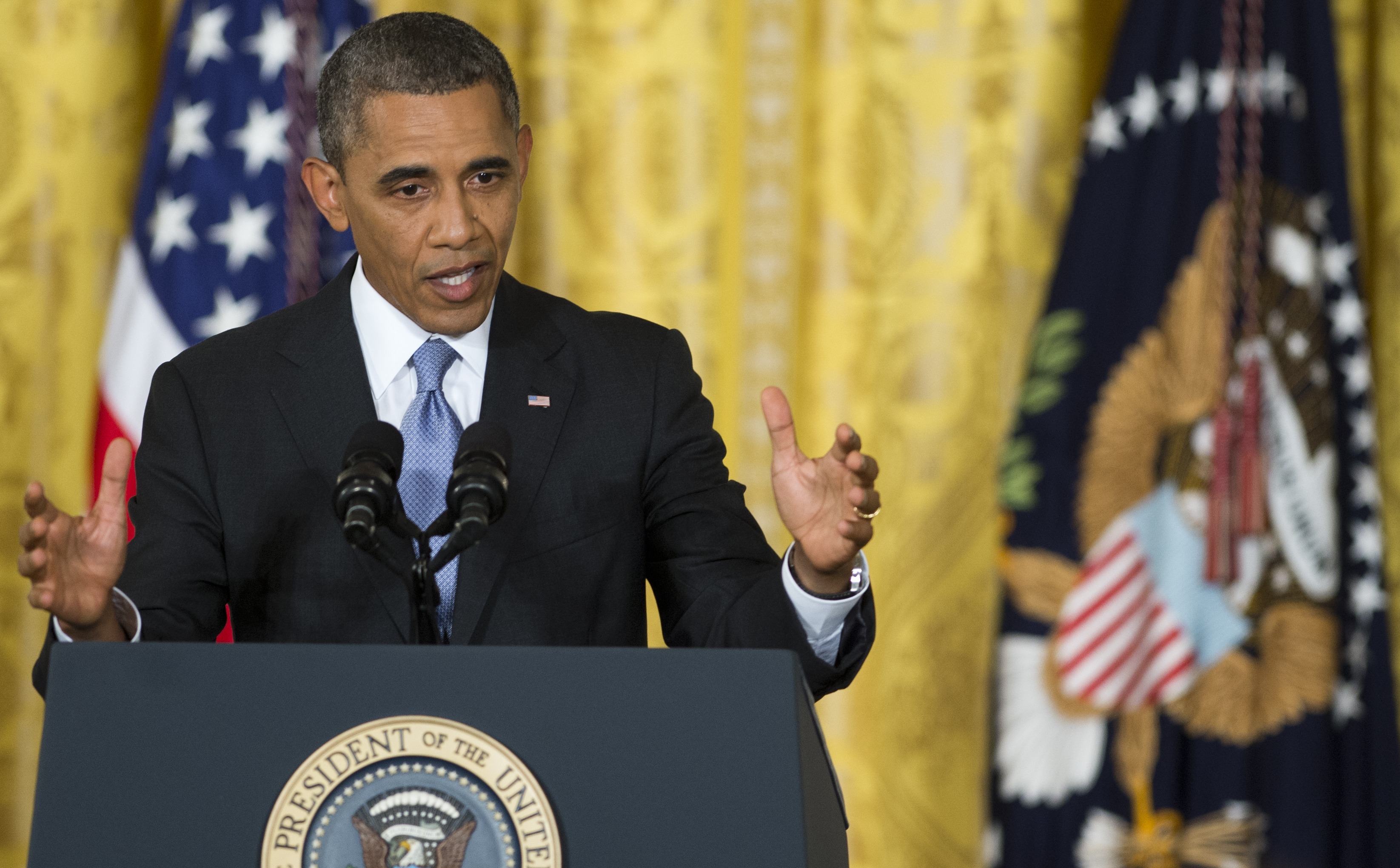 President Obama on Friday announced his administration is taking a series of steps to make National Security Agency programs more transparent, explaining not only how the programs operate but also releasing the Justice Department's legal rationale for the NSA's bulk collection of U.S. phone records. The administration also plans to back various reforms to the programs so they're subject to more oversight.

The move toward greater transparency starts Friday, with the release of a brief NSA document describing the authorities the NSA has under various laws like the Patriot Act, as well as the means and methods used to exercise that authority, and controls used to hold the NSA accountable for its actions. The document is meant to provide "a foundation from which we can build out broader transparency measures," a senior administration official told reporters Friday.

Mr. Obama and members of his administration noted Friday that the president called for greater accountability in national security programs before former government contractor Edward Snowden leaked information about NSA programs. Some of the steps announced Friday, however, are in direct response to the outcry Snowden's leaks created.

"I called for a review of our surveillance programs" back in May, Mr. Obama said. "Unfortunately, rather than an orderly and lawful process to debate these issues and come up with appropriate reforms, repeated leaks of classified information have initiated the debate in a very passionate, but not always fully informed way."

One senior administration official said the NSA is providing a brief outline of its programs because knowledge of the programs without an appropriate understanding of them can lead to "extrapolations that are not appropriate and often sensationalized."

"It's not easy to make that information public without giving it a careful scrub," a senior administration official explained.

Section 215 has come under intense scrutiny since Snowden exposed the NSA's phone records collection program in early June. Last month -- after the most heated debate over balancing national security and civil liberties that Congress has had in years -- the House narrowly rejected a bill that would've stripped the NSA of its assumed authority under the Patriot Act to collect records in bulk.

The White House opposed that measure, calling it a "blunt approach" to the privacy concerns raised by the NSA programs, but Mr. Obama said Friday the White House is working with Congress to reform the Section 215 program, as well as to reform the Foreign Intelligence Surveillance Court (FISC) that authorizes such intelligence gathering activities.

Administration officials said the president directed Director of National Intelligence James Clapper to work with Attorney General Eric Holder and other intelligence agencies to recommend potential modifications to the Section 215 program. Mr. Obama said Friday of the program, "We can take steps to put in place greater oversight, greater transparency, and constraints on the use of this authority."

The administration is also backing the proposal, already introduced in Congress add a special advocate to the FISC to argue on behalf of civil liberties concerns. Unlike any other court system in the U.S., the FISC (the secret court created by the Foreign Intelligence Surveillance Act to provide oversight of the government's intelligence gathering) only hears one side of an argument -- the government's.

Administration officials called it a "very important reform and one that needs to be done in consultation with Congress."

"We need new thinking for a new era. We now have to unravel terrorist plots by finding a needle in a haystack of global telecommunications," Mr. Obama said. "And meanwhile, technology has given governments, including our own, unprecedented capability to monitor communications."

He added, "To others around the world, I want to make clear, once again, that America is not interested in spying on ordinary people... It's true, we have significant capabilities. What's also true is we show a restraint that many governments around the world don't even think to do -- refuse to show."

The task force, which will assemble in the coming days, will "bring a variety of experience to bear," an administration official said, and includes members of the intelligence business community and civil liberties advocates. It will provide an interim report in 60 days and a final report on its conclusions by the end of the year.

To further engage the public in this discussion, the administration next week plans to launch a website that will provide more details about how the intelligence community works. An administration official said it should serve as a "hub for further transparency."