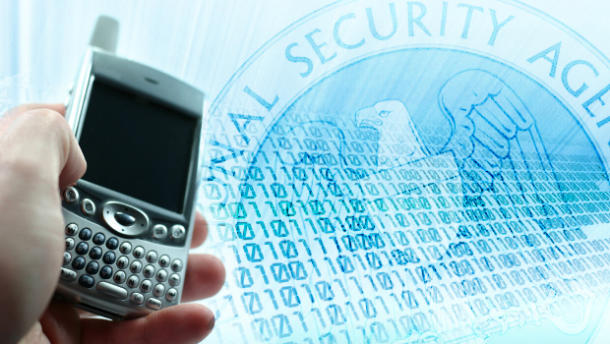 After a fiery debate this week over the balance between liberty and security -- a debate that created some unusual alliances in Washington -- the House of Representatives on Wednesday rejected a bill that would've put an end the National Security Agency's bulk collection of U.S. phone records.

The House voted 217 to 205 to reject a measure that would've stripped the NSA of its assumed authority under the Patriot Act to collect records in bulk -- the security agency would have to show that a specific individual is under investigation before collecting such information. The measure was voted on as an amendment to a Defense spending bill -- even if the amendment had passed, it's unlikely it would have survived in the Democratic-led Senate or against the opposition of the White House.

The proposal this week garnered passionate support from civil liberties advocates but also saw fierce opposition from those concerned with hamstringing the nation's intelligence gathering.

"We are here today for a very simple reason, to defend the Fourth Amendment, to defend the privacy of each and every American," Rep. Justin Amash, R-Mich., the amendment's sponsor, said on the House floor. Opponents of the measure, he said, "will use the same tactics that every government throughout history has used to justify its violation of rights."

Rep. Mike Rogers, R-Mich., chairman of the Intelligence Committee, said on the floor that "passing this amendment takes us back to September 10th... a terrorist overseas called one in the United States and we missed it."

Coming more than a month after a former government contractor blew the lid open on sweeping government surveillance programs, the House floor debate was one of the most robust debates over surveillance Congress has had in years.

Rogers and the top Democrat on the House Intelligence Committee, Rep., D-Calif., said in a statement that the changing the NSA's surveillance authorities "would make America more vulnerable to terrorist attacks." House leaders also arranged for Army General Keith Alexander, the director of the NSA, to privately brief House members on Tuesday on how the legislation could hurt national security. Director of National Intelligence James Clapper condemned the measure in a statement, as did White House spokesman Jay Carney who called the measure a "blunt approach" to the privacy concerns over the NSA programs that was "not the product of an informed, open, or deliberative process."

On the other side of the debate, grassroots groups mobilized public support for the measure.

On Tuesday, Sen. Ron Wyden, D-Ore., a privacy advocate who sits on the Senate Intelligence Committee, hailed the House debate as a crucial step in the right direction.

"If we do not seize this unique moment in our constitutional history to reform our surveillance laws... we are all going to live to regret it," Wyden said at an event at the liberal Washington think tank the Center for American Progress. "The combination of increasingly advanced technology with the breakdown of checks and balances on government action could lead us to a surveillance state that could not be reversed."

This article was corrected to indicate that Reps. Mike Rogers and Dutch Ruppersberger issued a joint statement, not a letter, regarding the NSA.