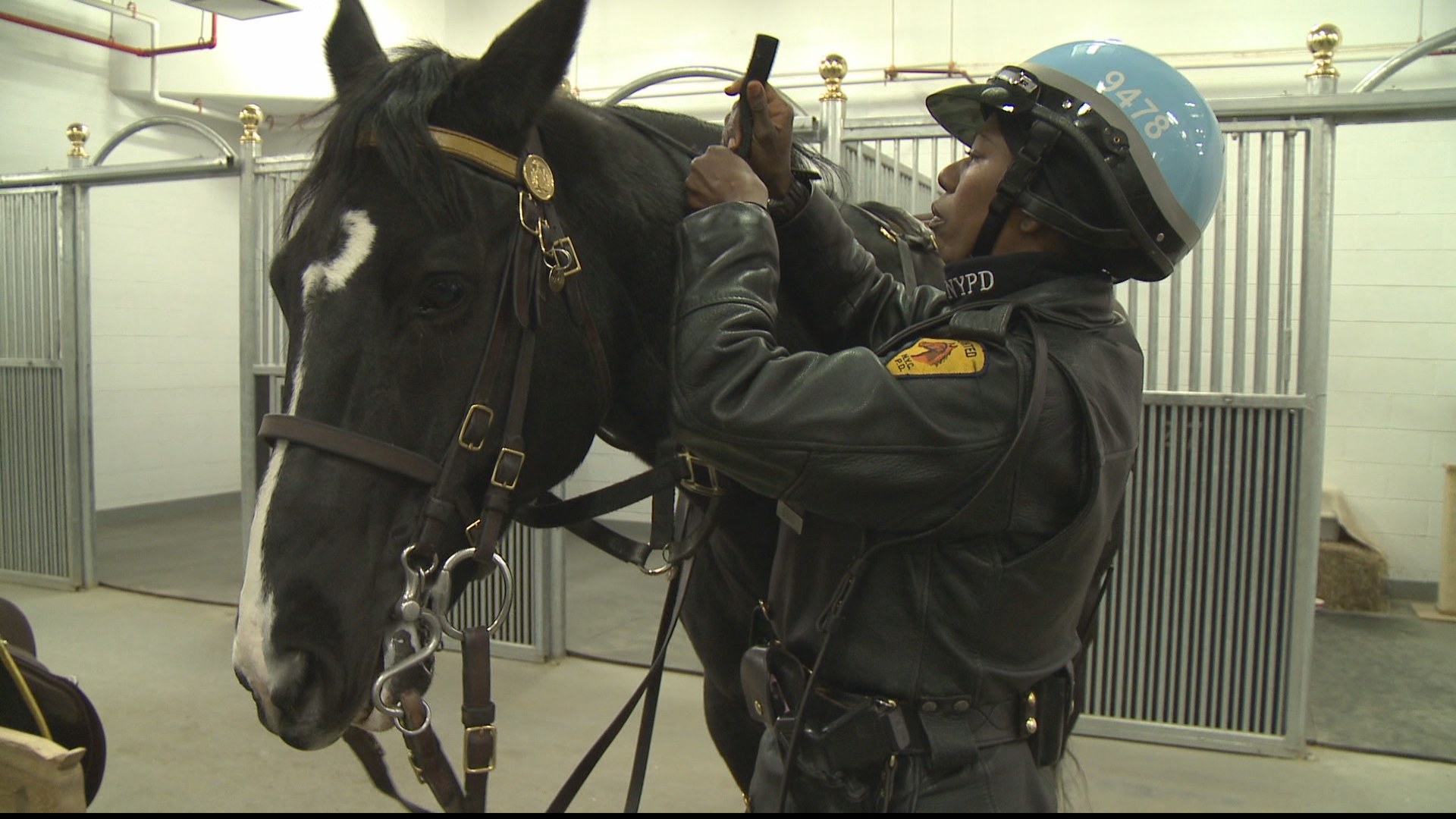 Less than two weeks after the Paris attacks, New York City remains on high alert and, with up to three million people expected to gather for Thursday's Thanksgiving Day parade, officials aren't taking any chances.

The NYPD is ramping up security, including the deployment of police on horseback. The specialized unit is a key part of the city's counterterrorism strategy, reports CBS News correspondent Michelle Miller.

"We estimate that we might potentially have record-breaking crowds because of the weather situation this year, and we are prepared for that. We are encouraging people to come on down," said New York City Police Commissioner Bill Bratton.

While many advanced security measures go unnoticed, officers on horseback almost never do. But these men and women - also known as "ten foot cops" - do much more than act as a photo op for tourists.

Deputy Inspector Barry Gelbman, the unit's commanding officer, says the mobility of a horse gives police an added advantage when dealing with an emergency.

"Having that capability at a moment's notice where you don't have resources there yet, where you can start to evacuate people or give direction is invaluable," Gelbman said.

That's what happened in 2010, when members of the mounted unit evacuated Times Square just minutes after a bomb was discovered in a parked vehicle.

"People were taking direction from our mounted officers out there to move themselves from the location, and there was just very clear communication," said Gelbman.

Last week, the NYPD unveiled a $30 million state-of-the-art facility to house the elite squad on Manhattan's west side, just a quick trot away from Times Square, Penn Station, and Central Park. The new location gives officers easy access to the city's busiest sites.

New York is one of the few cities in the country where police horses remain on active duty. For the human officers that depend on them, they act as a partner that's second to none.