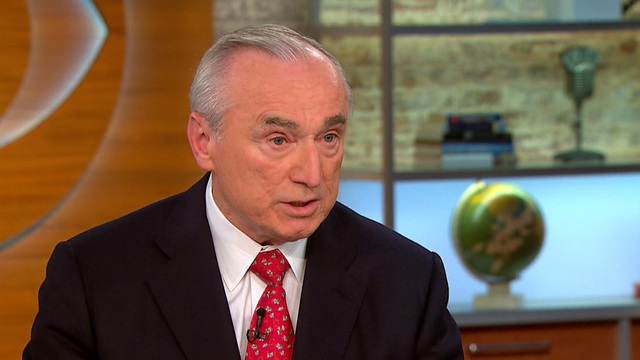 "Been there, done that," Bratton said on "CBS This Morning" Thursday. "It appears to be a very hastily produced document that contains previously viewed video," which Bratton said includes footage from past threats directed at other countries. "So it didn't really change our stance at all."

But Bratton said there were lessons to be learned from last week's Paris attacks, particularly in changing the response to terror attacks targeting multiple sites as in Paris and Mumbai in 2008.

The NYPD has rolled out a new counterterrorism unit, which will add an additional 500 officers specifically equipped to handle terrorist threats. The NYPD also has a new 800-person tactical response team in addition to its 600-person SWAT emergency service unit.

"It's all about offense/defense. Offense, we want to be offense all the time, with our counterterrorism intelligence capabilities, defense, protecting facilities," said Bratton.

"What we're trying to do from a public safety standpoint is to assure people that we are working very hard all the time ... we're constantly on the offense and improving our defenses," said Bratton.

Bratton also addressed the concern that the ISIS propaganda video could inspire people with ties to the terror group. According to the New York Times, at least three dozen people in the U.S. suspected of such ties have been under electronic surveillance for months.

"Fear is the oxygen of terrorism, and what they're trying to do is pump much more oxygen into the system, and we're prepared to respond to it," said Bratton. "We tell people to be aware but don't be afraid."