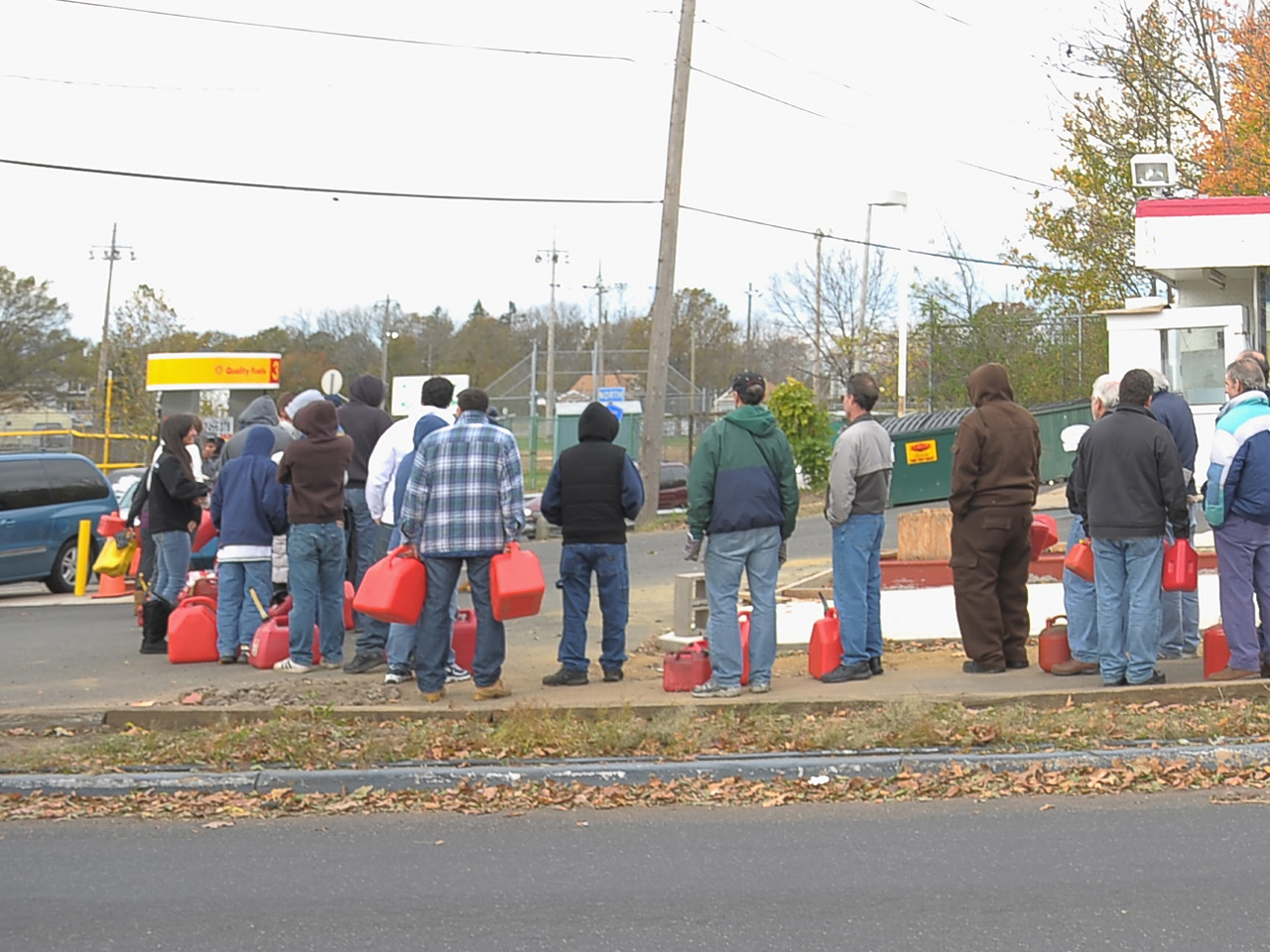 Bloomberg spoke at a briefing Saturday.

Long lines of vehicles and pedestrians formed after Gov. Andrew Cuomo announced that the U.S. Department of Defense was opening the mobile fuel stations in New York City and on suburban Long Island.

The government then asked the public to stay away from the locations until emergency responders get their gas.

National Guard Col. Richard Goldenberg said Saturday afternoon that people who were already at the distribution sites would not be turned away.

Meanwhile, as New Jersey drivers reel from long lines and short tempers at gas stations, the state is moving to an odd-even gas rationing system in 12 counties starting today at noon.

The 5,000-gallon trucks have been provided by the U.S. Department of Defense at the direction of President Barack Obama, and were being deployed in coordination with the New York National Guard, CBS Station WCBS reports.

Cars can refuel directly off the truck, with a limit of 10 gallons per vehicle. The gasoline will be free.

Generators are also being delivered to gas stations that do not have power and are unable to operate.

Christie said the rationing plan will help ease fuel shortages and extended lines for gasoline that have occurred since Superstorm Sandy decimated the coast.

Motorists have been frustrated by a collision of gasoline shortages and stations without electric power, prompting hours-long waits to gas up.

A Christie spokesman tells the Star-Ledger in Newark that there currently are no restrictions on filling gas containers.