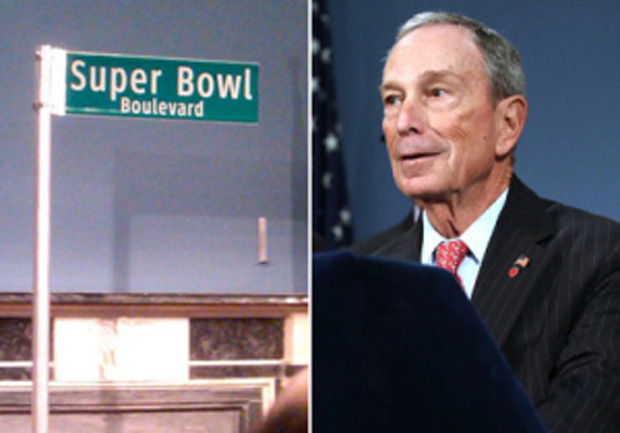 NEW YORK Next year's Super Bowl may be in New Jersey — but New York City is making sure it's part of the action.

Mayor Michael Bloomberg and NFL Commissioner Roger Goodell on Thursday previewed a week of New York City events leading up to the February 2014 game at MetLife Stadium in East Rutherford, N.J. It will be the first Super Bowl in the area.

As CBS New York reports, the city's piece of the Super Bowl spectacle will include closing Broadway from 34th to 44th street for a free football fan festival. The portion will be closed to traffic during the hours when "Super Bowl Boulevard" is active from Jan. 29 through Feb. 1.

The game's media center and the televised NFL Honors awards show also will be in the city.

Bloomberg says the festivities will show the city's best to people from around the world.

"I think New York is already the nation's Super Bowl champion of tourism," Bloomberg said. "And I think most people would agree with that."

Goodell calls the plans as big, bold and unique as New York City itself.

"We've come up with ambitious plans that really are impressive, even by Super Bowl standards," said Goodell.

With the Tri-State area locked in a deep freeze, Bloomberg brushed off weather worries about next year's historic open-air Super Bowl at MetLife Stadium.

"Let me just get this right. The weather -- whatever it is -- is going to be the same on both ends of the stadium, right?" Bloomberg said. "And in any case, they swap ends in case it isn't."