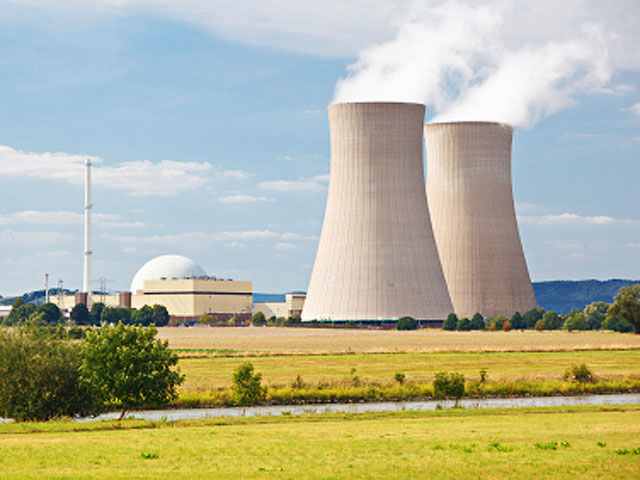 As workers in Japan struggle to limit the release of dangerous radiation from the nation's earthquake-stricken nuclear reactors, some in the U.S. are wondering: Could the same thing happen here?

"We have 23 nuclear reactors that are the same design as the Fukushima plants that have failed," Dr. Ira Helfand, past president of Physicians for Social Responsibility and a long-time critic of nuclear power, told CBS News.

A database maintained by the Nuclear Regulatory Commission shows that 23 of 104 nuclear plants in the U.S. are boiling water reactors that use GE's Mark 1's radioactivity-containment system, the same system used by the reactors at the troubled reactors at the Fukushima Dia-ichi plant in Japan, MSNBC reported. The reactors are in Alabama, Georgia, Illinois, Iowa, Massachusetts, Michigan, Minnesota, Nebraska, New Jersey, New York, North Carolina, Pennsylvania, and Vermont.

Calls to GE were referred to the Nuclear Energy Institute, an industry group. In an email to CBS News, it confirmed that some plants use the same basic system as the Japanese plants, but added that "specific elements of the safety systems will vary."

According to Dr. Helfand, some of the U.S. plants with containment systems similar to the ones in the Japanese reactors are built on fault lines, including one near New York City.

The Diablo Canyon nuclear plant on the central California coast, which is within about 60 miles of the San Andreas Fault, and even close to other faults, was built to withstand a 7.5 earthquake, according to owner Pacific Gas and Electric. The company maintains that the faults in the region are not expected to produce any larger quakes.

Chairman of the Nuclear Regulatory Commission Gregory Jaczko was asked at a press briefing by CBS News White House correspondent Chip Reid whether reactors in the U.S. could withstand a quake similar to the 9.0 event in Japan. He offered a vague response:  "At this point what I can say is we have a strong safety program in place to deal with seismic events that are likely to -- to happen at any nuclear facility in this country."

What steps, if any, should be undertaken by people living near a power plant in the U.S.?

"I would want the nuclear facility to be honest with me and tell me if this is the same kind of reactor design as the ones in Japan," Dr. Jerome M. Hauer, former director of emergency management for New York City, told CBS News. "And what are they doing to ensure that the flaws that this earthquake exposed are being dealt with. If anything happens to the plant, how are you going to deal with them?"

In its email to CBS News, the Nuclear Energy Institute said it was premature to draw conclusions from Japan's nuclear crisis about the U.S. nuclear energy program.

"Japan is facing what literally can be considered a 'worst case' disaster and, so far, even the most seriously damaged of its 54 reactors has not released radiation at levels that would harm the public," the email said. "That is a testament to their rugged design and construction, and the effectiveness of their employees and the industry's emergency preparedness planning."